Born in The Netherlands a long time ago I grew up in the South of Holland, just a couple kilometers from the German border as well as the Belgium border. Considerably close to a two borders, you can say I have been spoon-fed with different cultures, different languages (Native, Dutch, German, French) and crossing borders.

As a kid football was my life and played in the youth academy of a professional football club in The Netherlands. Although I had more talent than an average kid, it wasn't enough to become a professional football player. I left the academy at the age of 16 and in the 4 years after I sadly had 1 major injury after the other. Before my 20th birthday I experienced 2 knee surgeries, broke my leg and my ankle. All of that happening didn't make me loose the love for football, but my active football career wasn't that important anymore.

As a student I was lucky that I picked up things very easily and always had good grades. I was however not the easiest student and I am pretty sure a lot of teacher hated me. The arrogant young Traveltomtom always blamed it on the school system being too easy. I signed up for Maastricht University at the age of 17 to study Econometrics (Mathematics). Well, that was definitely not a success. It was totally not my thing. At first I quit, but I still got my bachelor degree in Economics at the age of 21.

Now looking back at my Maths study I am pretty pleased I have that experience, because what most of you don't know... blogging is actually a game of numbers and analytics! :)

Although I had the capability, University just wasn't for me! There was too much freedom and I was not ready to handle that. However, it all led to my first big move in traveling and when I was 21 I decided to travel overseas and live for 6 months on the lovely Caribbean island of Aruba.

In Aruba local people showed me that life was more than what our society was teaching us. They inspired me a lot! Getting a degree, finding a nice job, making career and being successful is something most people pursue, but I found out that this was not my thing.

At that age I felt that islandlife was my life. Aruba's nickname is: One Happy Island. I guess that is what made me travel over and over in the next years to places like: Indonesia, Philippines, Sri Lanka, Seychelles, Thailand, Maldives.

Exploring the world, making new friends, discover new places and meeting people from all over the globe was making me happy. Then why should I be sitting behind a desk, seeing the same people over and over in my daily life? 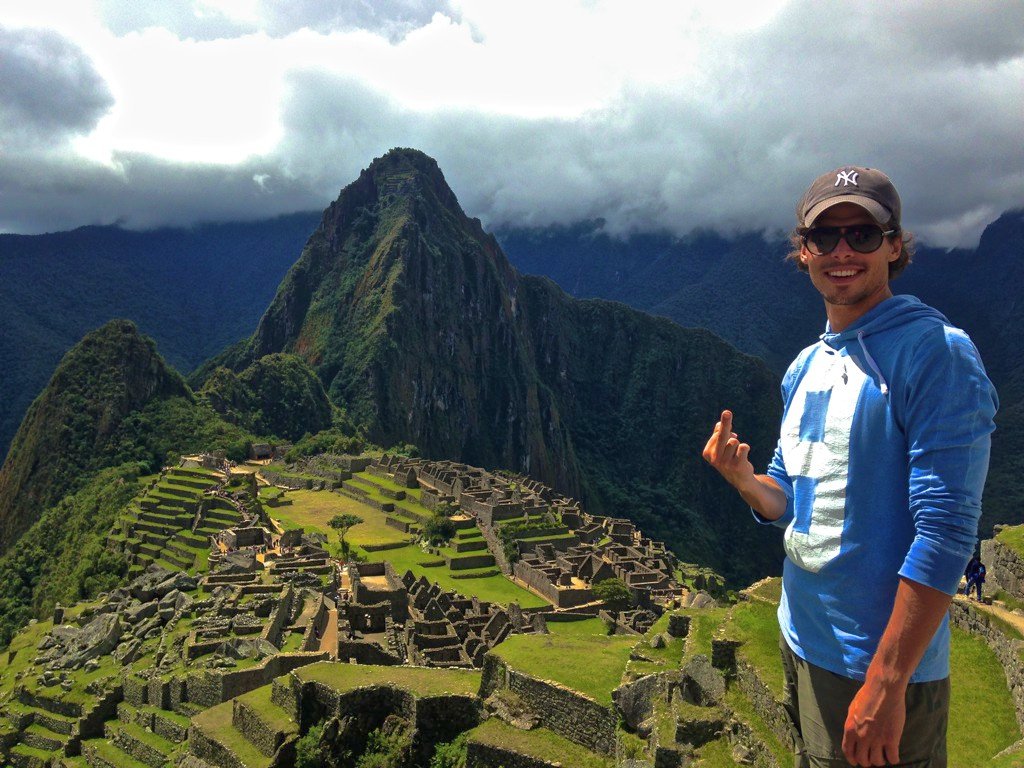 After my time in Aruba I knew that I wanted to explore the world. But I was 21 years old and had no money! At least I had a degree and I found a job in The Netherlands.

Yes, been there, done that! I have been working in an office for several years. Although it was a lovely time and I was able to save a lot of money, office life obviously wasn't my thing!

Although I never went to work with a sad face, there is nothing better than getting lost in this world! So I had a vision and I had a dream! I need money, I need a lot of money and then I am gone. In the next two years I tried to save as much money as I could and by the age of 23 I saved about €18,000 ($25,000). As always I didn't really have a plan, but I wanted to go on a trip around the world and so I did.

Of course I wanted one of my best friends to join, but that didn't happen and so I left Holland on my own and flew to Cancun in Mexico. I remember the first 72 hours of my trip it just rained cates and dogs! No stopping... just rain. And I thought OMG why am I doing this!? An American guy called Jason stayed in the same dorm room and he was the one who actually helped me through the first couple days being a solo traveler.

All I knew is that I wanted to go scuba diving in the Blue Hole, one of the best scuba dive destinations in the world and learn how to speak Spanish. I did scuba dive in the Blue Hole and I took Spanish classes in Guatemala. After that I had a blast traveling from Cancun overland through the countries of Belize, Guatemala, Honduras, Nicaragua, Costa Rica towards Panama. In total I spent 3 months in Central America and then flew to Rio de Janeiro and traveled 4 months through South America.

They still exist btw, so if you get cold feet all the time, just buy one of these around the world tickets, then you can't go back anymore! When you start with one big trip, you never know where it ends. Look at me... ;)

You will meet so many interesting people on your journey that the bucketlist simply becomes longer, longer and longer! Other travelers will inspire you with captivating stories about places you never thought about going. I guess that is for example how I ended up in Iran, Pakistan, Iraq, Syria, Myanmar, Bangladesh.

I met travelers that cycled from Alaska to the most Southern tip of Argentina, multiple people that hitchhiked from Europe to Asia and so on.

A year flew by though and it was time to return back to Europe. My trip around the world came to an end...

In the years after my worldtrip I met one of the coolest girls in the world and fell in love! We traveled the world together from South Africa to Indonesia and from Dubai to New York. As she was airline crew we went on uncountable trips together however, it could never satisfy my need to keep on exploring.

Therefore I decided in December 2012 to say goodbye to each and everyone and I left my life in Europe behind. Well... these days I am still on that same trip. Yes, I have been back in Holland multiple times, but I never went back to work. The rest of my story you can read throughout my blog.

Here is a little timeline what my travels look liked in the days before social media! :)

In 2013 I took a total of 49 flights and traveled mostly in South America, North America, Middle East and Asia.

In 2014 I only took 44 flights! :) It was again South and North America where I spent the most time, but slowly started to fall in Love with Thailand, Indonesia and the Philippines.

In 2015 I bought a car and road tripped through Europe and went snowboard the whole winter in the Austrian Alps. At the end of the winter season I continued my road trip all the way to the Croatian coast. I then sold my car and flew to Turkey and traveled onwards to Iran. Towards the end of the year I ended up in Dubai.

After NYE in Dubai I flew to Thailand to do my scuba divemaster training. Sadly I ruptured my eardrum and my dive career was over! May be the rupture of my eardrum was the start of my blogging career. However, it was also Instagram that ever since has been in my life.

All my travel adventures from 2016 and onwards can be found on my blog, here are some interesting reads for you:

Saying goodbye is never fun, but it's always the start of a new adventure somewhere far away from home. And in the end that is what makes me happy!

Buying a Sim Card for Micronesia in 2023

Beekse Bergen | Safari in the Netherlands

Buying a Sim Card for Solomon Islands in 2023