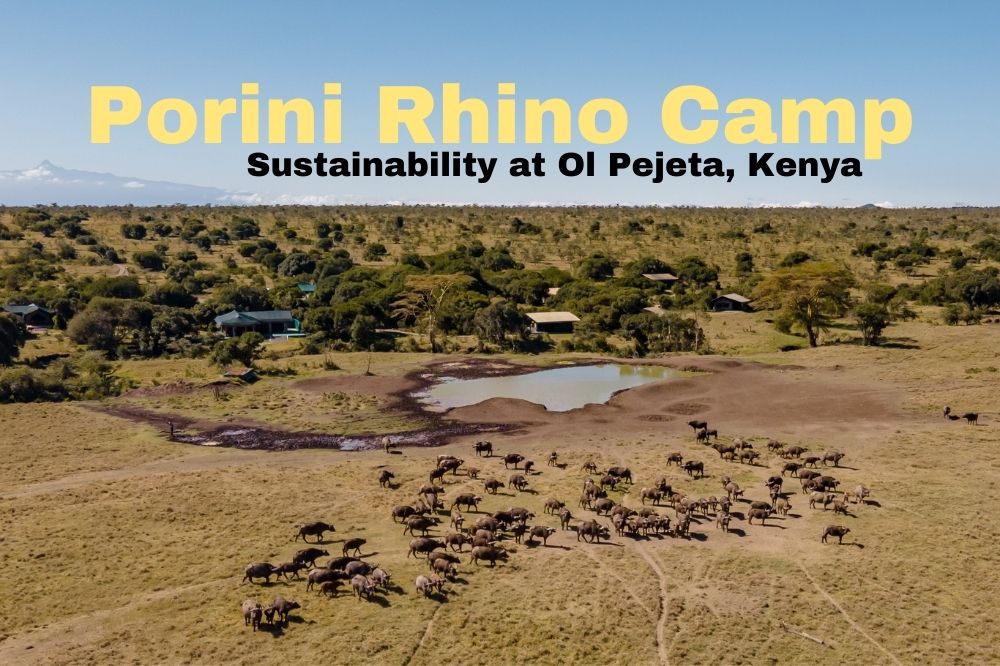 RELATED: Visit the 2 LAST Northern White Rhinos in the WORLD in Ol Pejeta!

The East side of the Ol Pejeta Conservancy definitely feels way more away from it all. All other lodges and camps are located in the West side which is obviously way busier on that side of course. It almost felt like the East side of the park was a bit forgotten. Well perfect to me, because I did not see a single other safari vehicle on my way to Porini Rhino Camp, during my game drives and my stay. 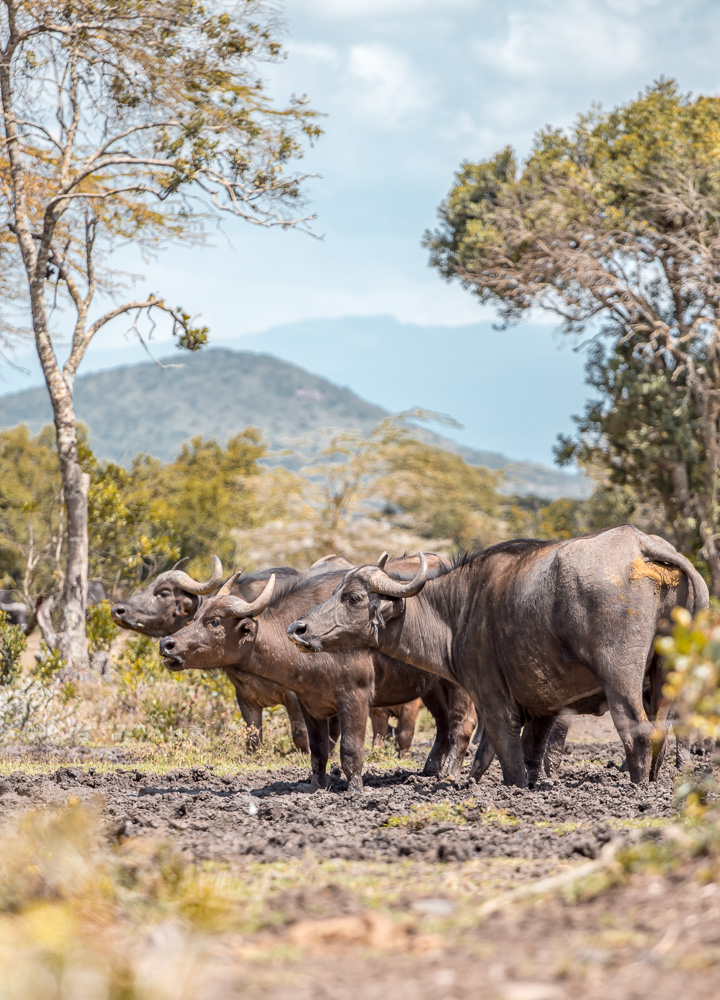 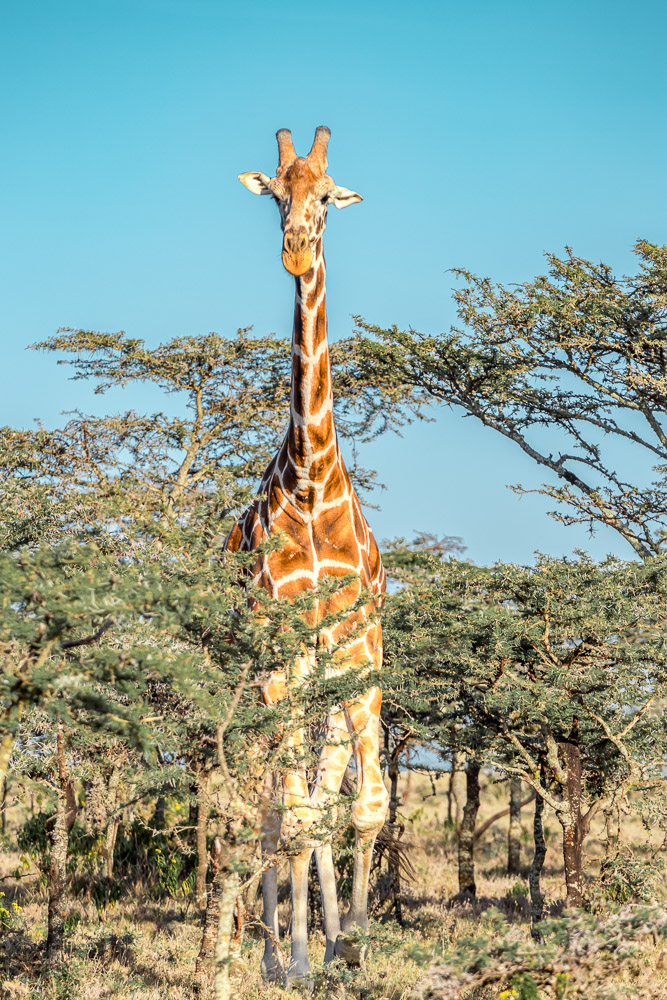 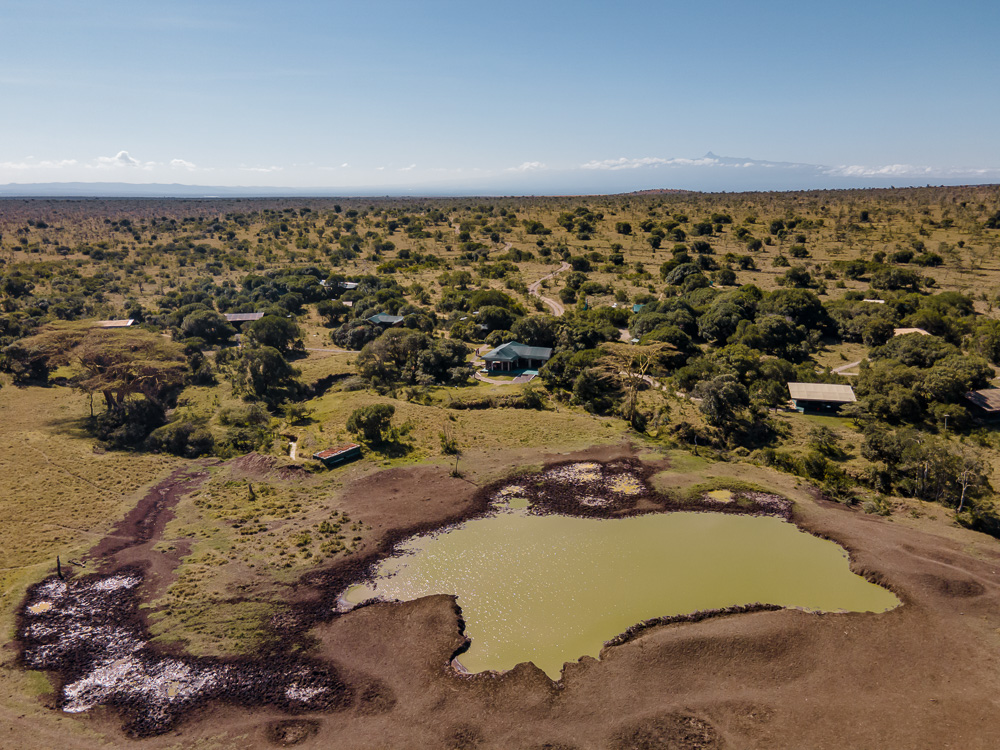 Spending some time in the Ol Pejeta Conservancy was an amazing experience, one of the most memorable ones on my overland trip in Africa. I toured the African continent all the way from South Africa to Ethiopia by public transport. It was an incredible journey, but also a though one. But some of my adventures are turned into lifetime memories. Traveling in Africa can be challenging, but also pretty damn impressive.

RELATED: Ultimate 10 Kenya Itinerary & list of the most amazing Things To Do in Kenya! 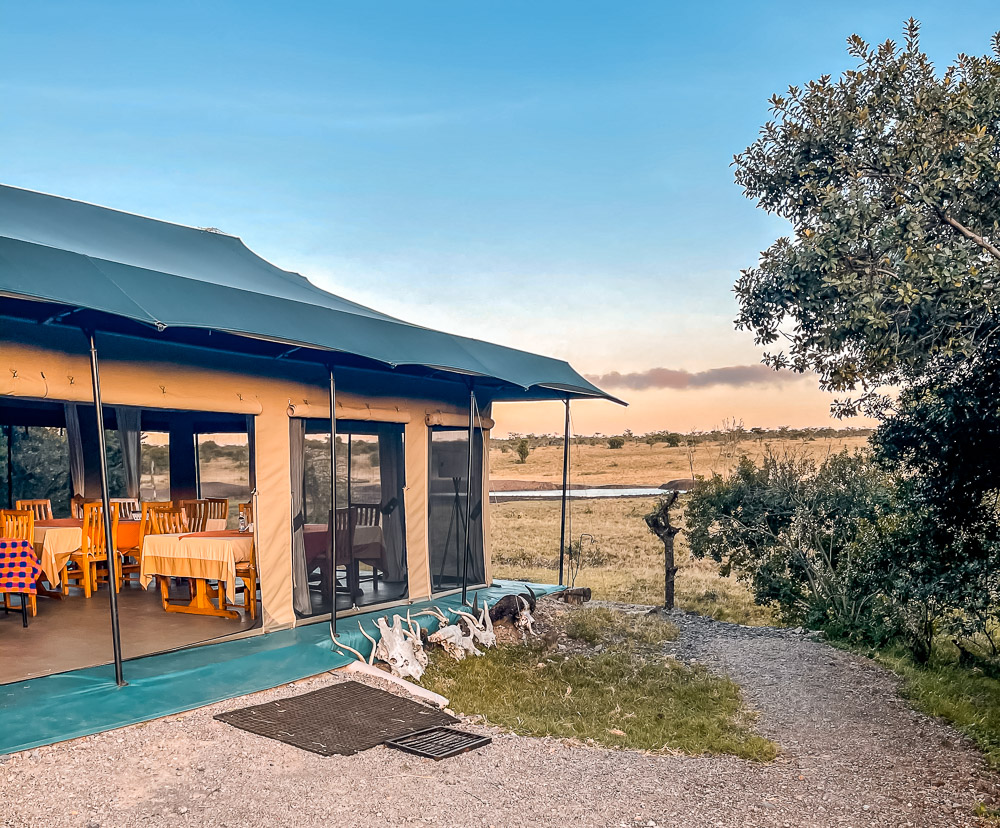 After driving for about 30 minutes along the dusty dirt roads I saw a sign post saying Porini Rhino Camp, but nothing within sight yet. The road winded down a hill and suddenly there it was, perched on the side of a hill, almost like in a valley, a couple tents popped up between the bushes.

The friendly manager called David greeted me with a big smile together with a couple of his team members. They grabbed my bags and led me down to the main tent with views over the valley and the hill on the other side.

David invited me to plunge down in the couch and I was offered a welcome drink. First thing I noticed was the massive waterhole right in front of the main tent. 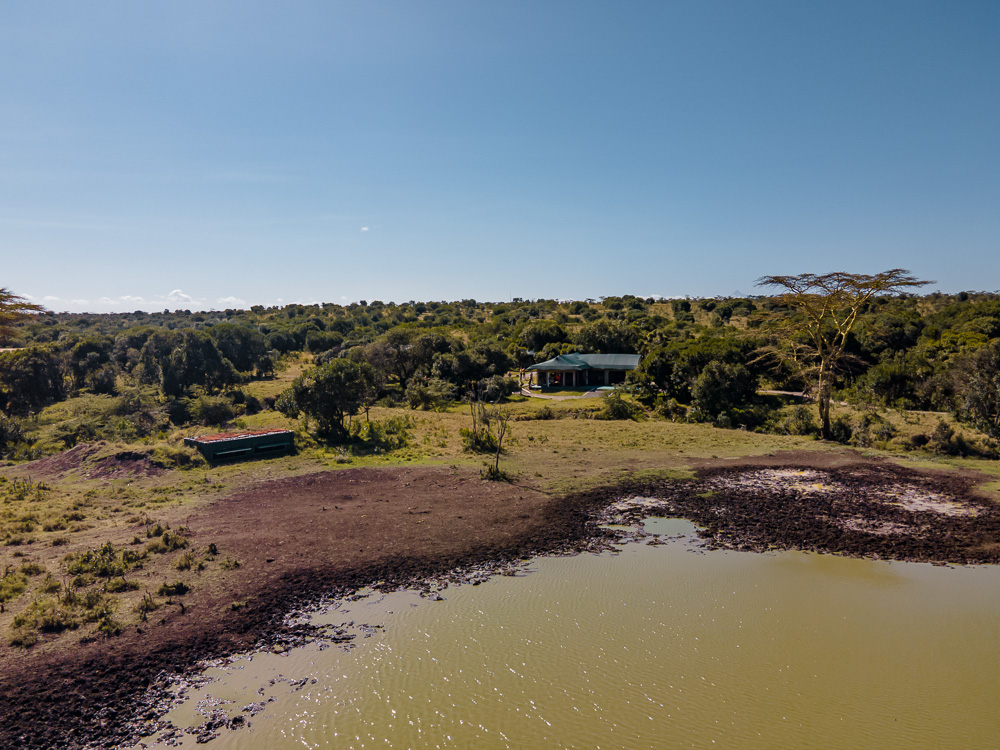 First thing David mentioned after welcoming me was that the Porini Rhino Camp stands for sustainability. He had a little talk about things functioning in the camp before he moved on to ask me for my dietary restrictions and explained the possible activities for the next days.

Related: 45 Safari Quotes and Captions That Make You Want To Travel to Africa! 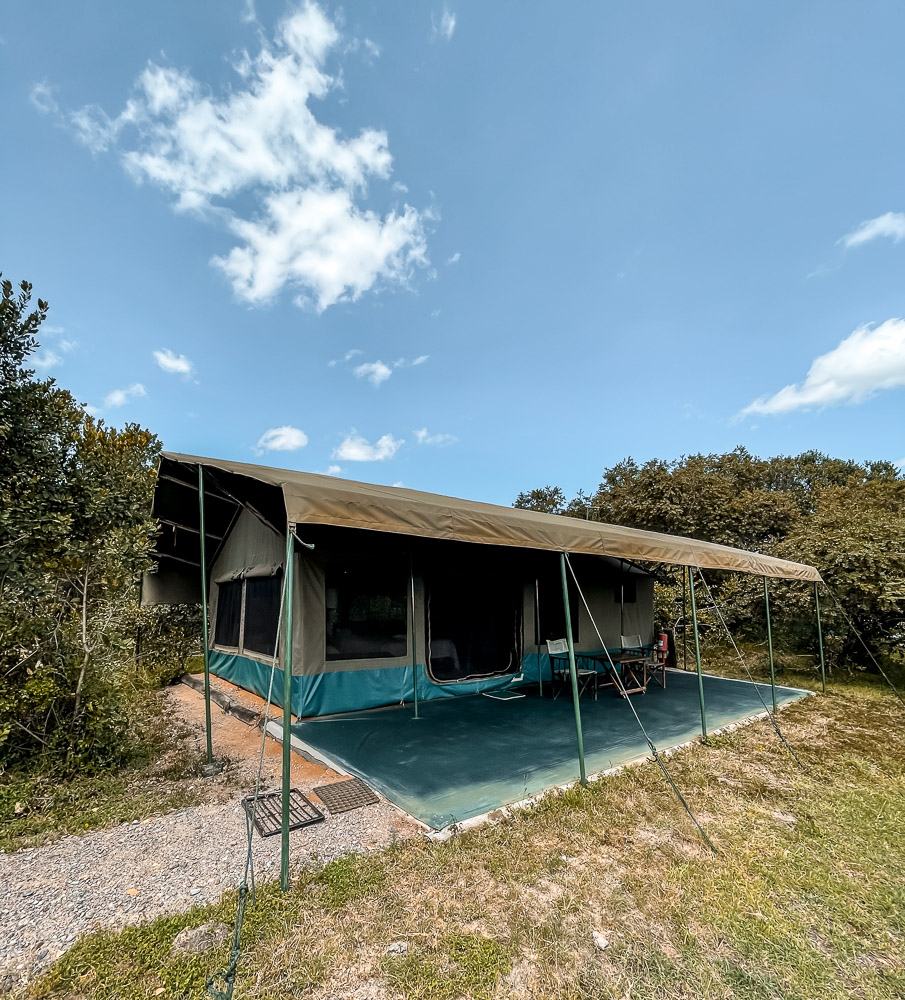 My tent was the first one on the right hand side down the path, I think it was tent number 2. As my tent was the closest to the main tent it also had great views over the waterhole. In total there are only 7 tents in the camp, which makes it a very small but lovely and quiet camp. 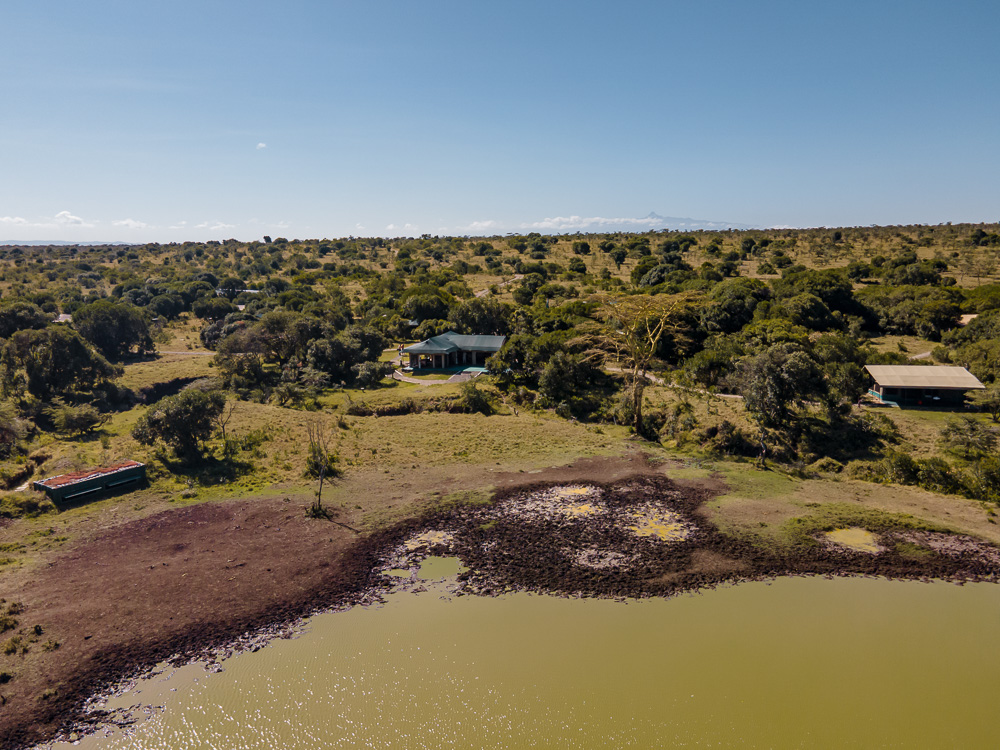 All the way on the right you can see my tent, with in the middle the main tent and on the left the Hide!

One of the staff members who carried my bags explained me some little things about my tent. As David already explained to me there are no electricity plugs in the tent, but there is of course a light switch. The tent was very spacious and bright and breezy because of all the windows. 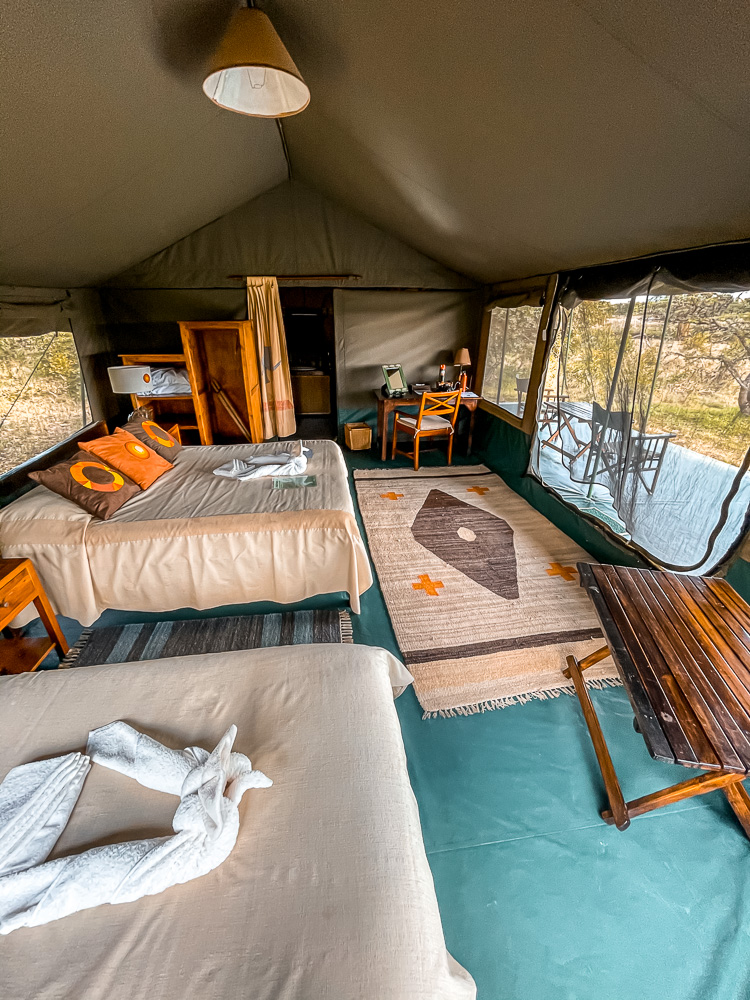 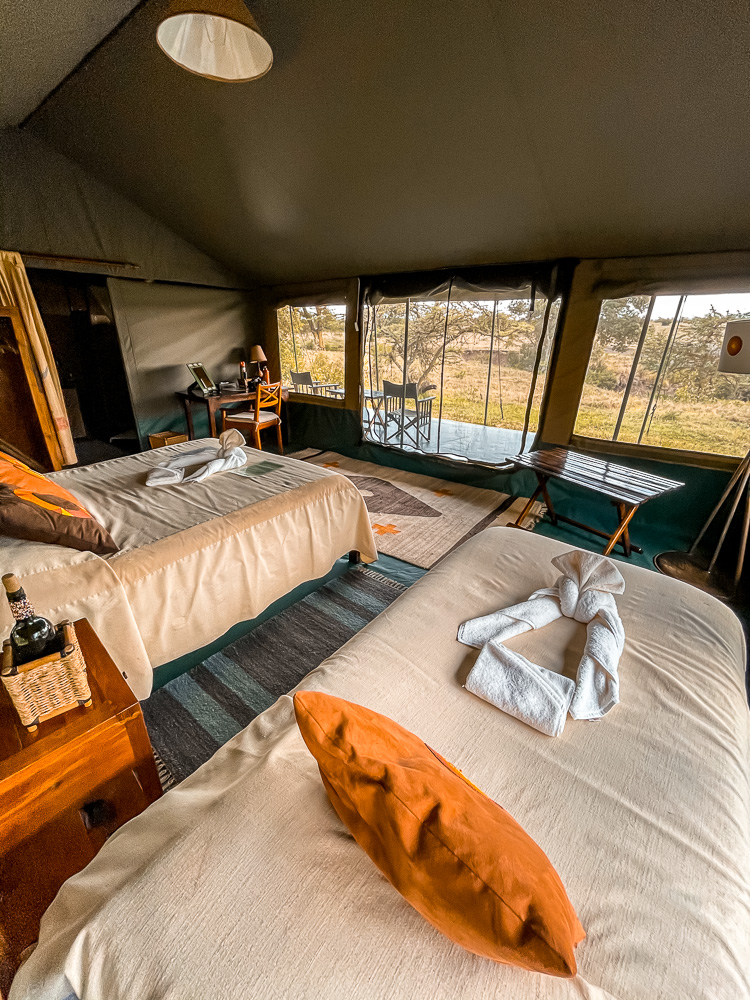 There was a desk, closet and a separated ensuite bathroom which looked very stylish actually. 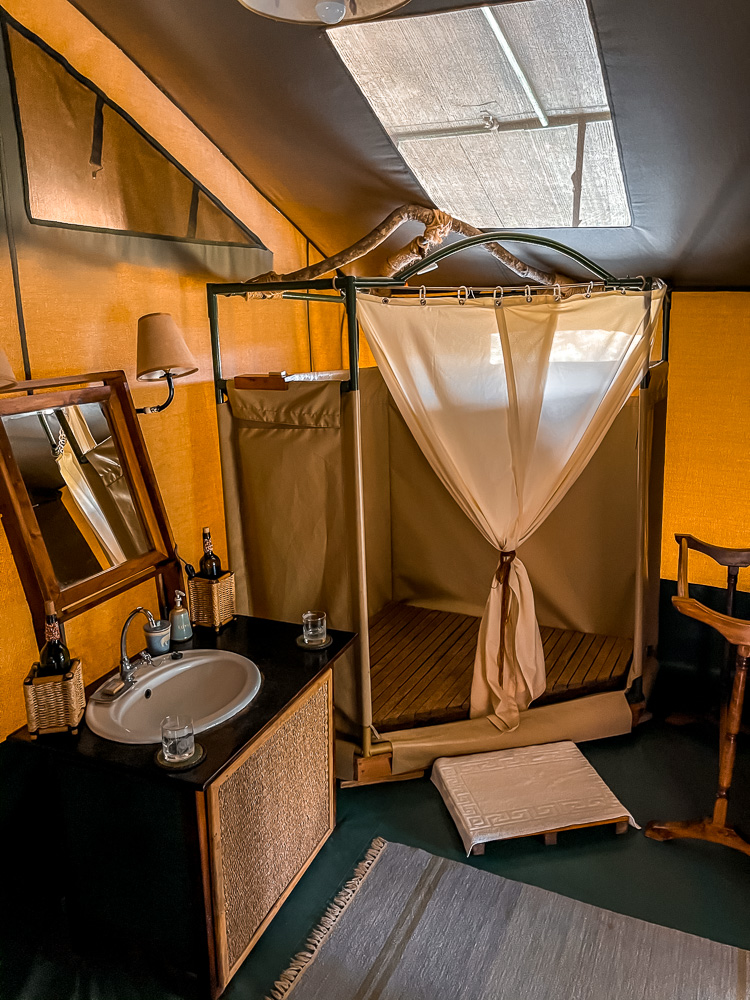 In front of the tent there was a table with two camping chairs and after I settled in, I sat down looking at some antelopes roaming around the waterhole. Then I got lost in my phone and when I looked up a giraffes was suddenly standing right in front of my tent drinking from the waterhole. I was surprised, I did not hear or see this massive animal coming and it was only like 10 meters (30 feet) away from me. On the picture below you can still see the giraffe. 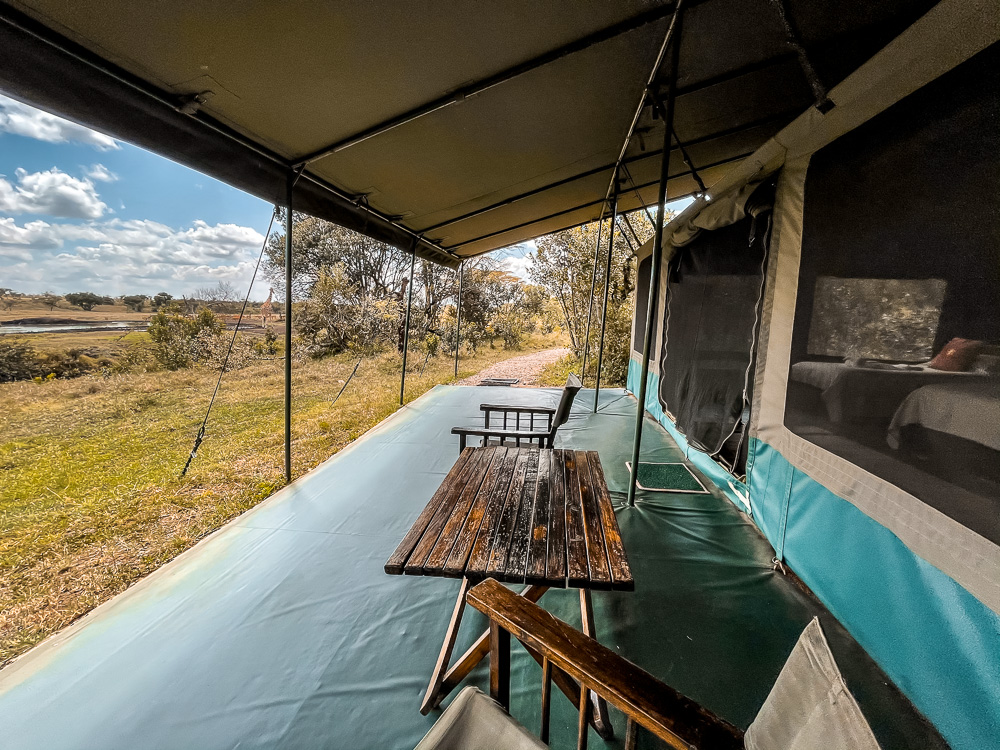 The Rhino Camp is NOT fenced 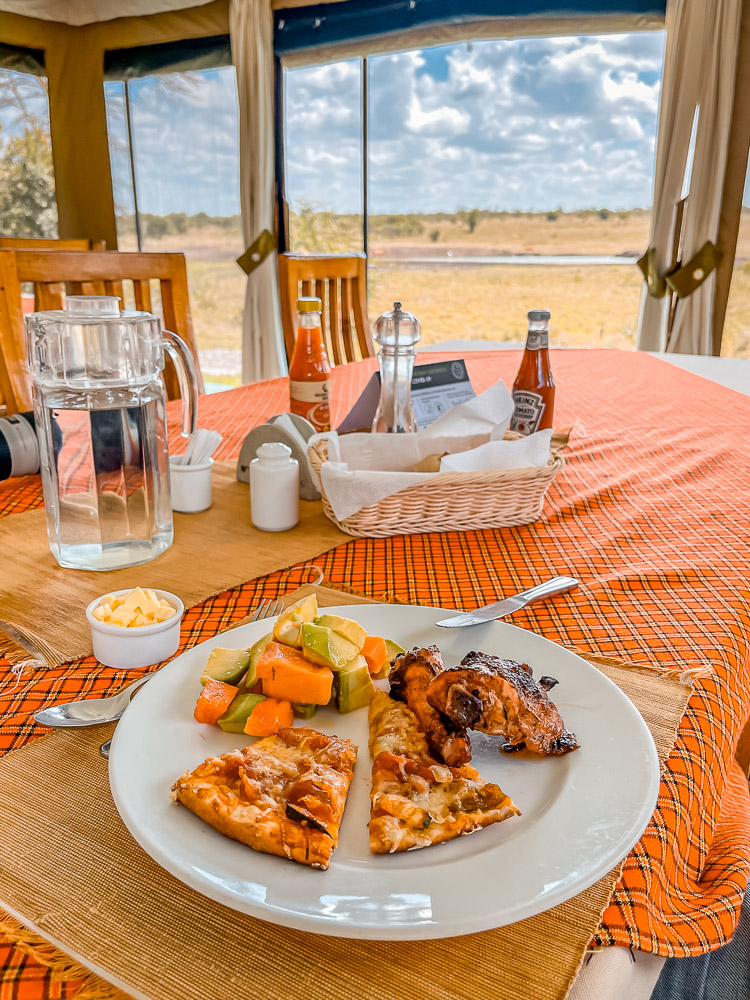 Something I really loved about the Porini Rhino Camp is that it is not located in a fenced area unlike all other accommodations in Ol Pejeta I stayed at. In fact the animals can roam in and between the tents if they would want to. Of course most animals stay at a distance and don’t like to get close to humans.

However, upon arrival the staff mentions that once it gets dark it is not advised to walk around the camp. At night after dinner one staff member will accompany each and every guest to their tent. In my case there were some buffalos next to my tent. Before going to sleep I constantly had a feeling animals were roaming around my tent, but most probably it were the pretty strong winds that I heard. The feeling was quite exciting though…

Upon arrival I was explained that sustainability is one of the pillars of the Porini Camps.

Of course there is a normal toilet in your tent. However, I was kindly asked to only flush the toilet when it is really needed. Guests still have a choice here, but I loved that the staff mentioned it. It makes guests think twice before flushing the toilet. I lived up to the request!

When the staff talked about the functioning of the shower they mentioned bucket shower. Well, in the Himalayas in Nepal I had many bucket showers, so no problem. But when I walked into the bathroom I saw a normal shower. So I was confused.

The bucket shower at Porini Rhino Camp basically means you get a 20L bucket of hot water which is connected to a tube. The showers works as normal, but 20L only lasts about 5 minutes. The staff asked me in the evening, when I came back from my game drive, if I wanted a bucket with hot water. In fact I actually declined the offer and didn’t feel the need to ‘waste’ 20L of hot water. I already had a shower in the morning.

I loved how Porini’s approach towards sustainability actually got me thinking about stuff.

The tented camp is built in such a way that if they would pack up and leave tomorrow there is no trace. Porini did not make use of any concrete around the camp. 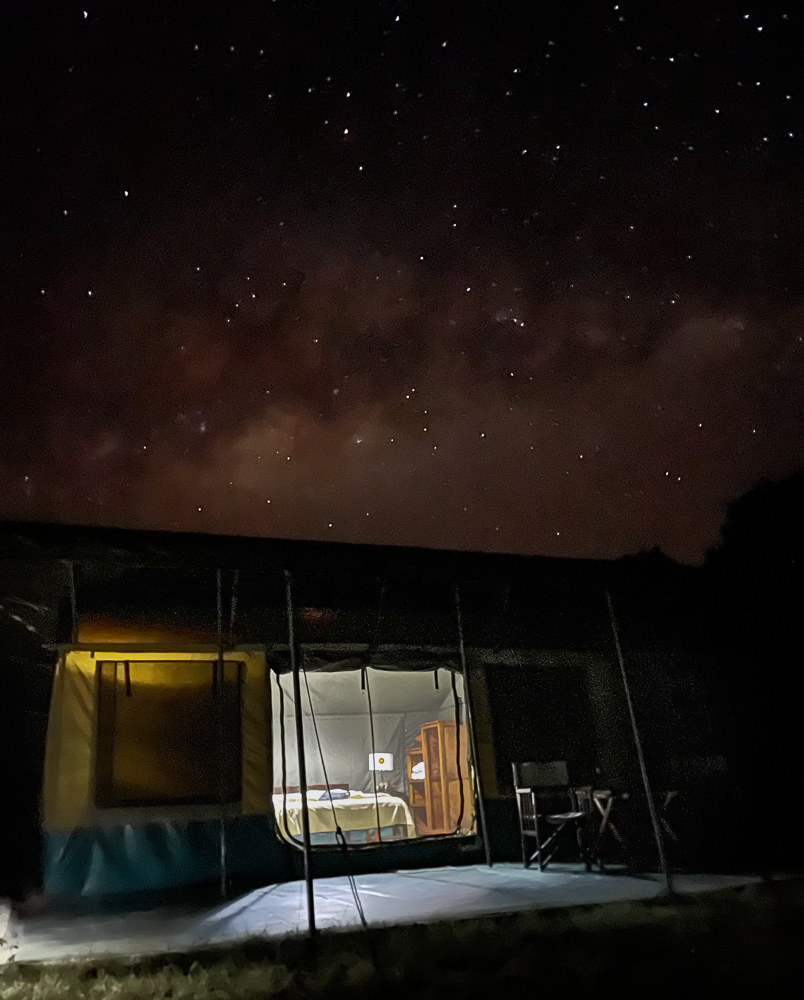 A little blurry, just taken with my iPhone as there were buffalos around and the night guard told me to be careful.

There are no electricity plugs in the tents and the whole camps runs on solar power. If you want to charge your phone, power bank, camera batteries, etc. you are requested to drop them in the managers office and there they will be charged.

Something I really liked was that it gave me a feeling that sustainability is not only a priority but it is also kind of 'enforced' upon guests in a positive way. Most hotels and lodges always talk about it, but leave the choice up to the guests. In most cases guests choose for the comfort and sustainability comes second.

At Porini Rhino Camp there is no choice! I love how the camp choose sustainability over the guests' comfort. This is what responsible tourism should be like! You want electricity, then you can go to the managers office. Hot shower? We give you 20 L, manage it!

Thumbs up for the Porini Rhino Camp actually doing a great job when it come to sustainable tourism! 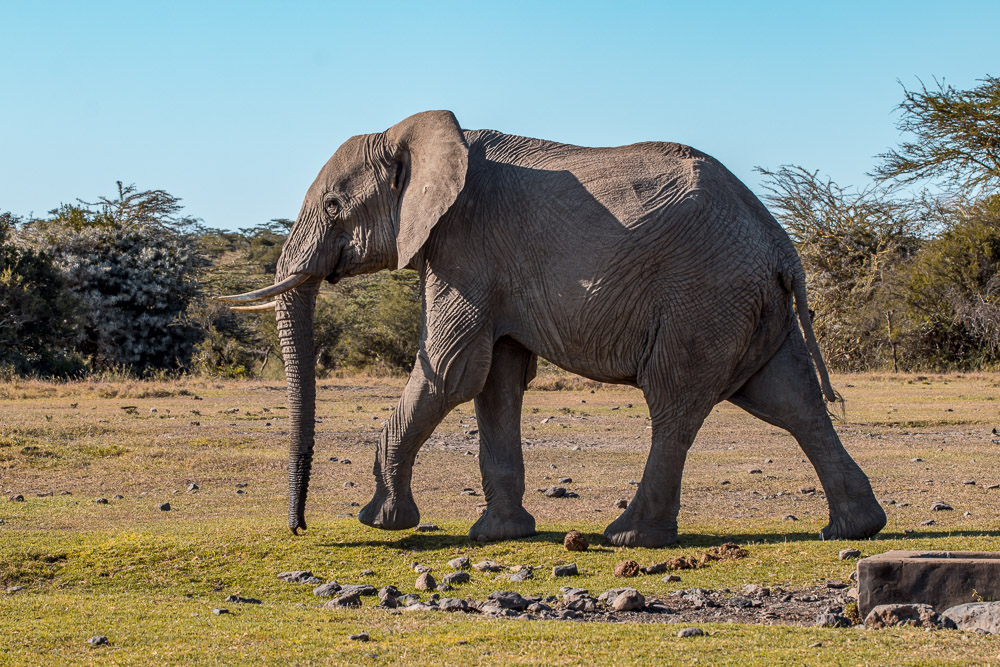 The Porini Rhino Camp is located inside the Ol Pejeta Conservancy so game driving is the main thing to do of course. I went on game drives in the early morning and for sunset. On my safaris I was accompanied by two safari guides and we toured around in one of the Porini Rhino Camp open safari vehicles. 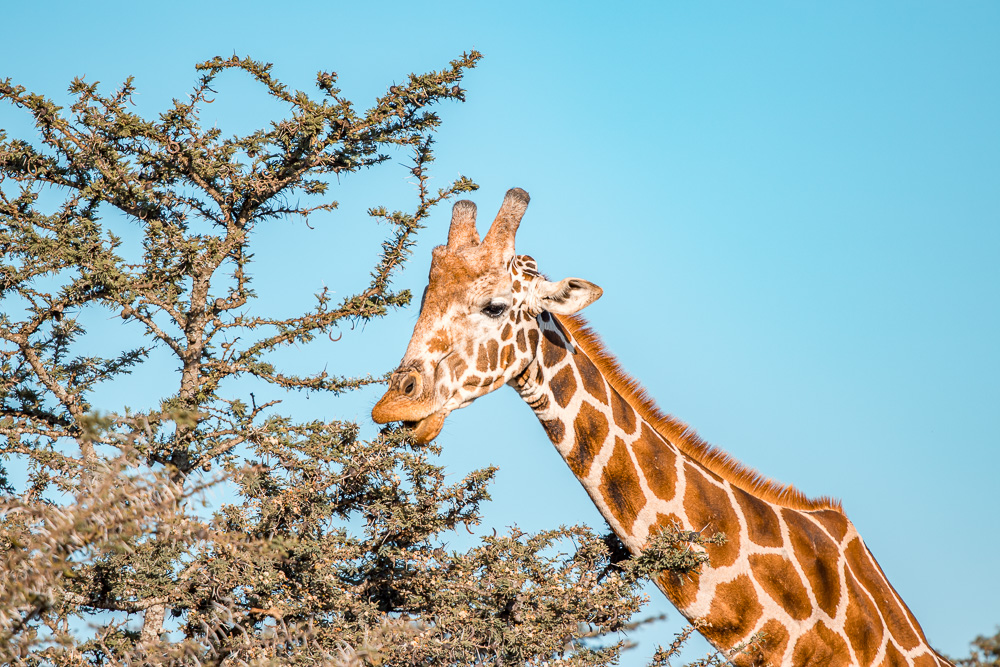 The guys asked me what my expectations were and my answer was: people with expectations are those that get disappointed. We are about to spot wildlife, we can be lucky or we can be very lucky. You never know. Being out in nature playing the game of hide and seek with wild animals is the biggest part of the fun.

It is one of the best safari quotes I learned traveling in Africa. Click on the link to check out the 45 most famous quotes about safari. 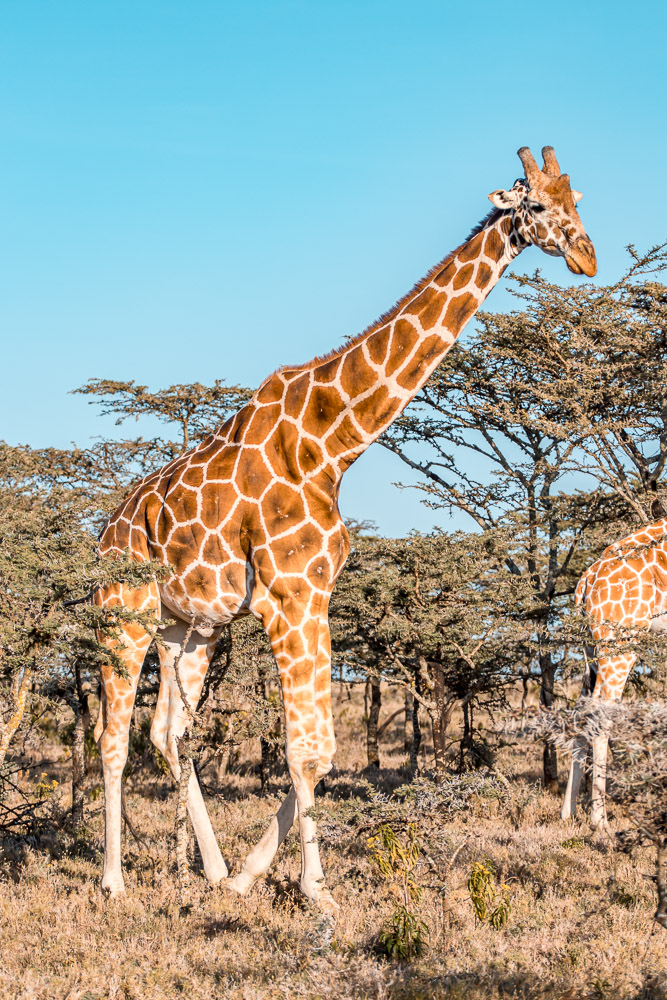 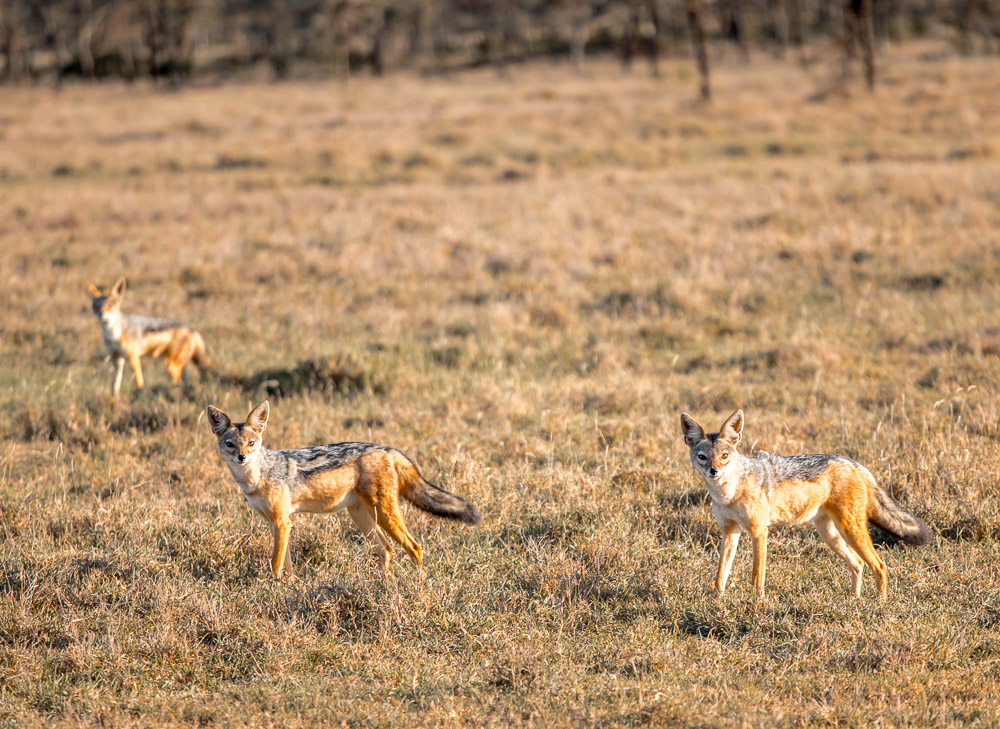 During my game drives with Porini Rhino Camp I saw loads of buffalos, elephants, zebras, giraffes, hyenas, antelopes and even some cool eagles and other colorful bird species. Some of the terrain around the Porini Rhino Camp is wide open plaines with no civilization in sight. A perfect playground for cheetahs. Other guests saw cheetahs and lions, but I didn’t get that lucky. 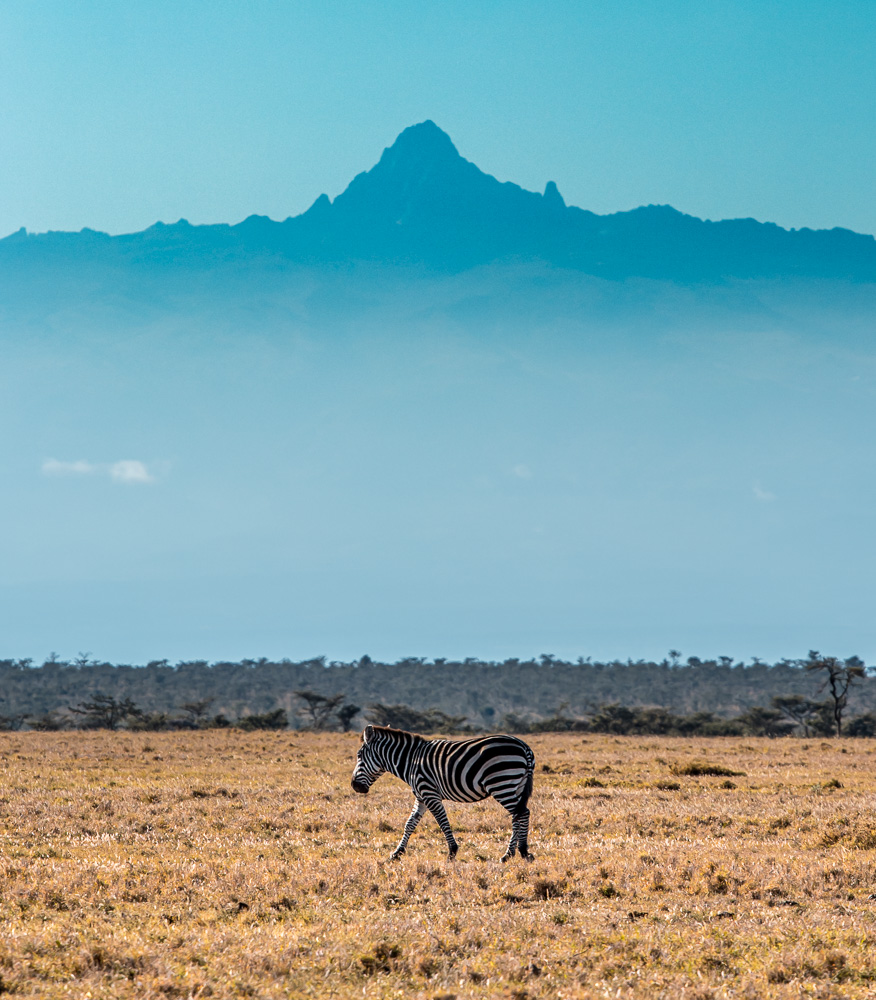 Another cool thing on my safaris was the sun downer. We drove up to the highest point in the Ol Pejeta Conservancy and had amazing views over the park. I needed to borrow a blanket from the guys though... it was cold! 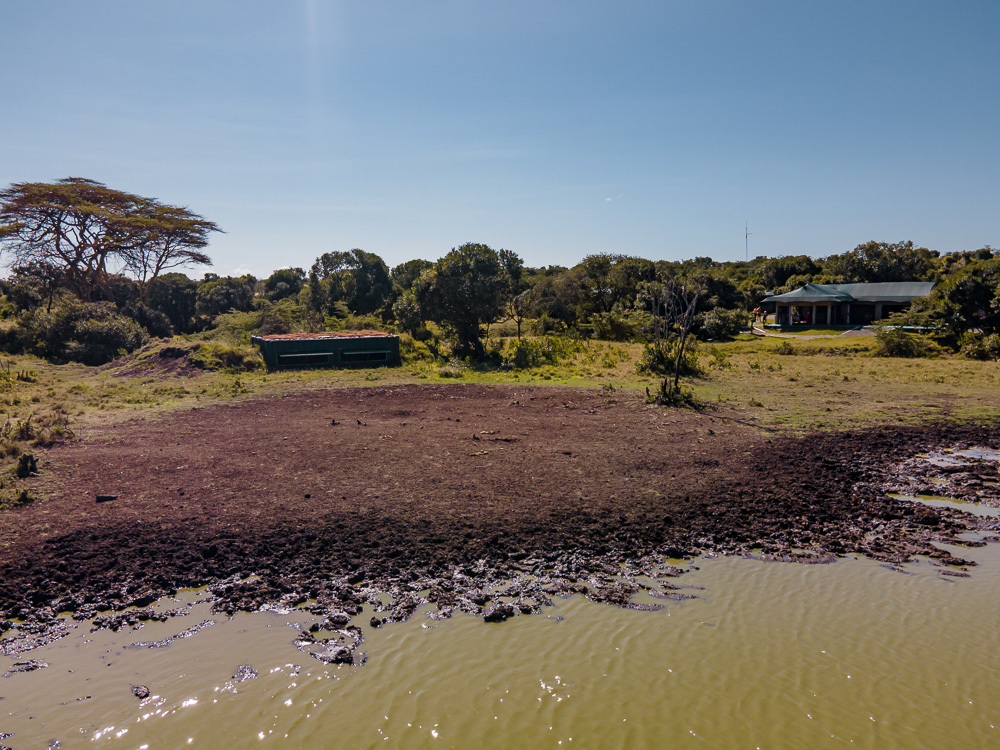 A unique selling point of the Porini Rhino Camp is the Hide. It is a sea container strategically placed and camouflaged next to the waterhole. It has two big windows for game viewing. The Hide is located just a 1 minute walk from the main tent and is a great addition to the Porini Camp here in Ol Pejeta. 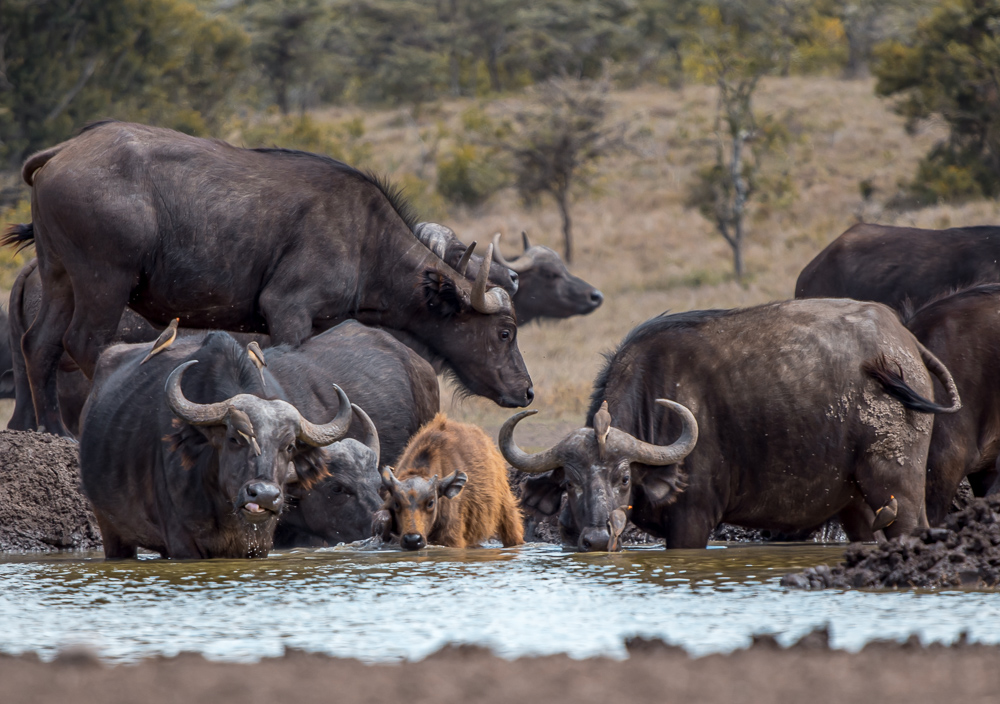 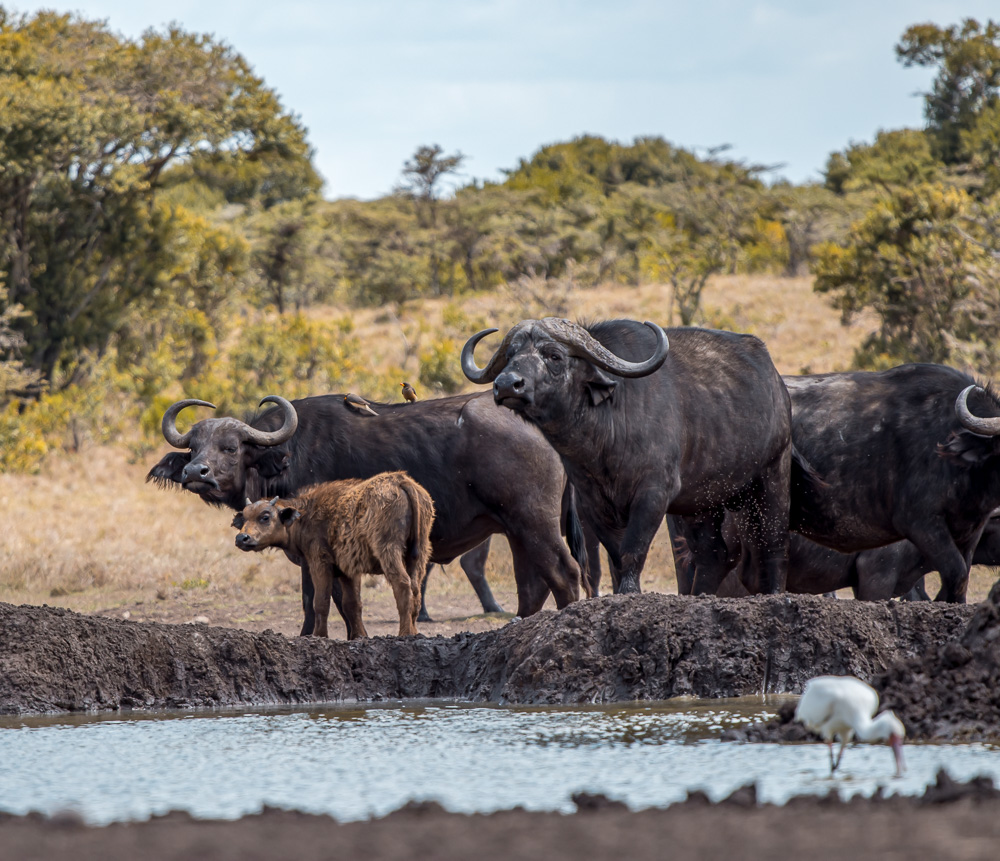 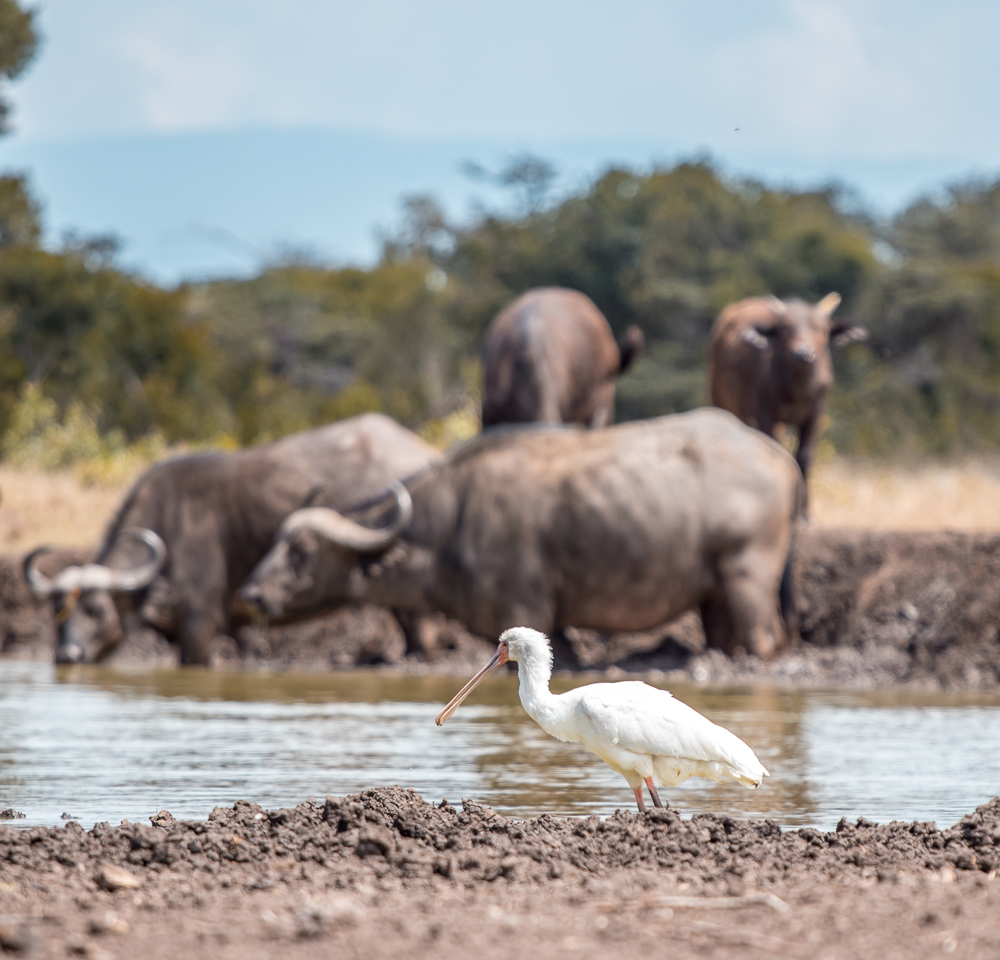 On one of my visits there was a big herd of buffalos arriving and from the the Hide I had an amazing angle for some really cool photos. For photographers it is heaven to get so close to the animals. Unfortunately because of my big Africa overland trip I only had a 70-200 mm lens with me. Check the complete Traveltomtom gear list in the link. 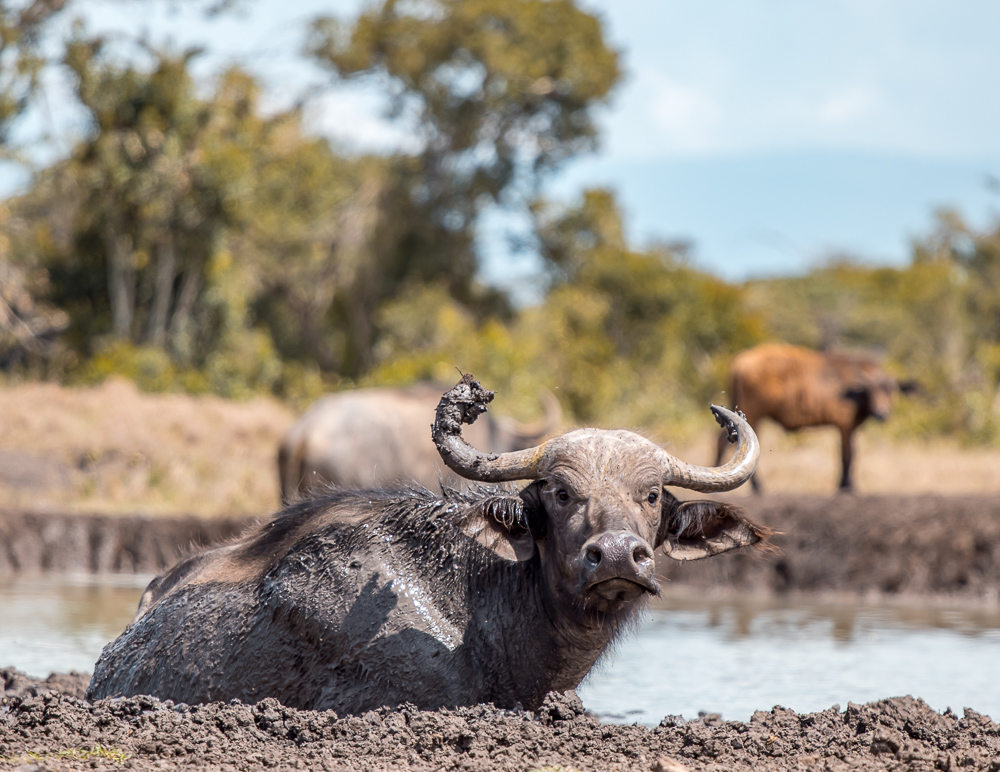 I sincerely loved my visit at the Porini Camp in Ol Pejeta and I hope to visit more Porini Camps around Kenya in the future.

Thank you for keeping up with the adventures of Traveltomtom in Kenya! Follow me on my journey to visit every country in the world. Click on the link to read a story from every country or follow me Facebook or on Instagram @traveltomtom with daily travel updates. 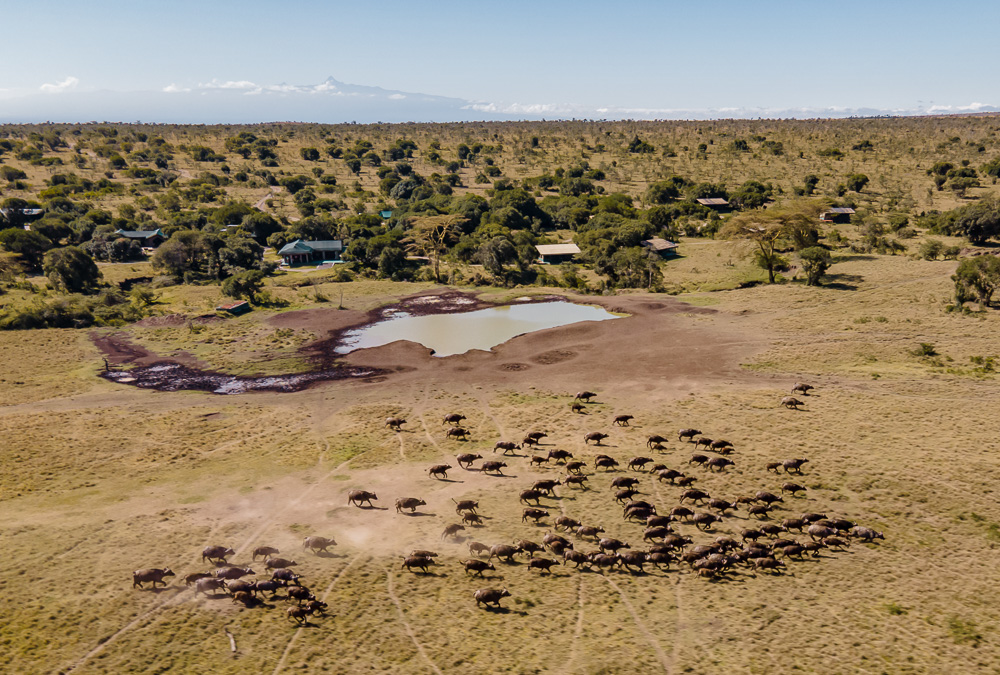