India for first-timers: hate it or love it!? 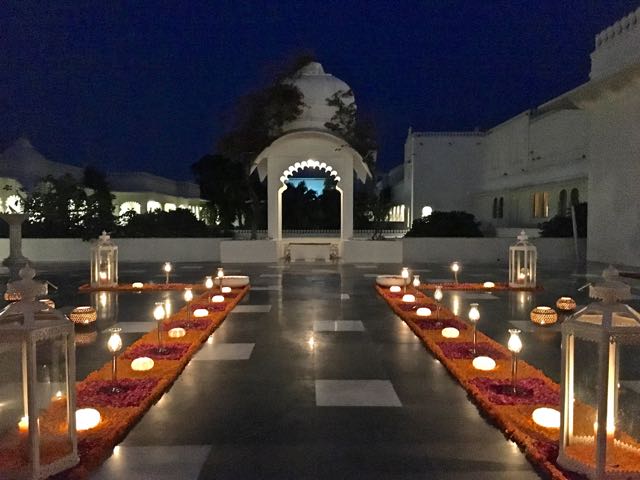 When visiting a new country I don’t really research what to do, where to go and neither do I use a Lonely Planet anymore. The best thing is to keep your ears open and listen to what travellers around you have been doing. Though India is so freaking big, I at least had to have some kind of plan. Where to start? I had to fly to somewhere from Colombo! I chose New Delhi, cause if India was not my cup of tea the Taj Mahal would only be 3 hours away, I'd make a picture and fly out again! During my research though I stumbled upon many cool places to visit, all located in Rajasthan, the province southwest of Delhi. The more I found out about this region, the more excited I got about travelling in India. Finally!

When traveling to India, don't forget to visit Kashmir. Let my Kashmir Travel Guide help you to make the most of your trip.

Getting my Indian Visa in Sri Lanka

It was a fairly easy process although it took some time, but after all I got my visa sorted for India. Since I arrived back in Colombo on a Saturday I had to wait until after the weekend to drop my passport. Then I could collect it a day later and finally I was able to fly out on Wednesday. First time flying Sri Lanka Airlines, but I cant complain. Nice food, good service and of course smiling people. It was funny to see that I was the only Western on board!

Touch down in Delhi made me visit my 72nd country. That it is only now that I am about to travel in India is pretty weird, since travelling around here is big in the nomad scene. From what I heard is that you either love it or you hate it!

I can understand why people say it, but Im not like that. Something unknown is an adventure. If some place was not worth a visit, at least I have seen it with my own eyes and can pass it on to fellow travellers. Been there, done that! The unknown draws me to the outskirts of this planet.

Be prepared for your arrival at New Delhi airport

Arriving at New Delhi International Airport was intense. I arrived late in the evening and at first it seemed that this airport was pretty peaceful. Obviously that was a misconception! Its only allowed to enter the airport if either you have an official license or a valid flight ticket. That means the crowd is gathering outside and tons of touts are waiting for you. You will have to make your way through this mass. Pushing your suitcase forward in front of you creates a bit of a path. The darkness I arrived in added up to the claustrophobic setting and everyone yelling at you made it the most memorable arrival on an airport ever.

Of course all taxis are full, hostels don’t exist and your hotel booking is fake. Apparently there are travellers that believe these guys otherwise they wouldn’t be there trying it I assume. But come on, use common sense and don’t be a tight ass. Safety first I would say! Just pay a little extra and take an official airport taxi, definitely in these countries! Meru Taxi was recommended by my hostel and I admit, they had a spotless service. I paid about $10 for a 40 minute cab ride.

Since India was completely new to me and I did not know anybody in Delhi I chose to stay in a hostel. Travelling alone is great fun, but you have to put in some energy making new friends and find like-minded people. Its always a bit uncertain whether you going to meet people you connect with. I did not stay in a hostel for a long time, so I was not really looking forward to spend the night in a big dorm again. But it’s the charm of travelling, it's not always fun.

Where to go in India?

Entering the hostel with a massive suitcase I could feel a skeptical attitude. I admit it is not common, but travelling with a backpack is not my style. I don’t judge people who do, I just encourage them to think about it again and just travel with a suitcase. At some point I will blog about this issue and will express my personal opinion. May be it was me who was the one who was prejudiced about the hostel crowd or may be I have to admit that Im getting older. But the cheaper the country, the less I connect with some travellers. Loads of people are on a budget, which I can completely understand, I have been there too. Lets face it, there is a reason why people travel for 6 months in India. Of course there are people that fall in love with the country, but if it was very expensive to travel around, most of them would not!

In the evening I roamed around in the area I was staying in and tried some streetfood. The more people encourage me to not do it, the more I am tempted to try. I had a couple wraps, some rice and curry and a fruit shake. Since I survived the Delhi street food I feel like I can handle everything. I was definitely not in the hectic parts of town, since walking around was not really shocking to me yet. Apart from the rubbish that was laying around everywhere, I did not notice something remarkable. I mean cows in the streets is not new anymore!

Before I went to bed I roughly planned my trip to Rajasthan and did a ‘google-image’ research for this area, the next day though I ended up in a plane to Kashmir. To cut a story short I met a lovely Aussie in the hostel who was about to take adventure to the next level and wanted to travel to the political instable region of Kashmir claimed by Pakistan, China and India. That sounded more like an adventure than taking the tourist trail around Rajasthan.