Why Mayrhofen is not my favorite ski resort

This well-known village in the Zillertal offers great skiing opportunities and is a popular tourist destination. The town got bigger over the last years and development is still going on. Though the center is still very traditional and has a great atmosphere. Located between the Ahorn and the Penken mountains Mayrhofen has a lot of variation to offer from beginners to experts. In total there are 135km of groomed runs, including Austrians steepest groomed run the Harikiri! On the mountain you will find plenty of traditional huts that serve local food for a decent price.

Pros and Cons of the Mayrhofen ski resort

The fact that there is no valley run is a bummer. At the end of the day everybody has to take the gondola down, which can result in long waiting lines. The runs are not that long and as an experienced snowboarder I have the feeling that I’m spending a lot of time in lifts. At the end of the day you didn’t ski that many altitude meters. That’s why Mayrhofen is not my favorite place to go skiing.

Is Mayrhofen a place for freeriders? There are definitely some opportunities and I have seen pros shooting some videos here, though the freeride runs within lift reach are limited and therefore I would say there are better options! If you are looking for tree runs look elsewhere.

There aren’t many flat parts in the runs, which is ideal for snowboarders. Besides Mayrhofen hosts one of the biggest Snowparks in Austria. The Vans Off The Wall Funpark with its own lift is huge and offers kickers, rails and loads of obstacles for all levels as well as a small half pipe. So if you are into Freestyle skiing or snowboarding then Mayrhofen is the place to go!

Want to take Austrians biggest cable car? Hop on the Ahorn gondola which takes you from 633m to almost 2000m in only 6,5 minute.  This part of the Mayrhofen ski area is more suited for beginners, though there is a 5,5km black run that takes you back to Mayrhofen. The steep valley run is definitely a must do in the morning when the track is freshly groomed. It used to be part of the World Cup Downhill tour, but due to safety issued it was removed from the calendar. So even for the experienced skiers is this a challenging run!

Its called Leisure Mount Ahorn for a reason with the White Lounge being its highlight. This is the place to unwind on sunny days. Mostly its not that busy and getting a relaxing beach chair or a comfy bean bag shouldn’t be such a problem. They are provided at the Igloo Bar for free. Sit back, relax and take in the spectacular views of the surrounding 3000m peaks. It’s gonna be hard to go back skiing again, you have been warned!

Always wanted to spend a night in an igloo on top of a mountain? This is your chance! The little Igloo villages part of the White Lounge give you the opportunity to make your dream come true.

Connected by the Penkenbahn, which is located in the city center, this is the mountain where you most likely will end up most. As of winter season 2015/2016 they will open a brand new lift that will reduce the long queues. This mountain is also connected by lifts to the ski area of Finkenberg and therefor has plenty of runs to choose from. Highlite is the Harakiri which is with its 78% the steepest groomed run in Austria.

Vans Off The Wall Funpark 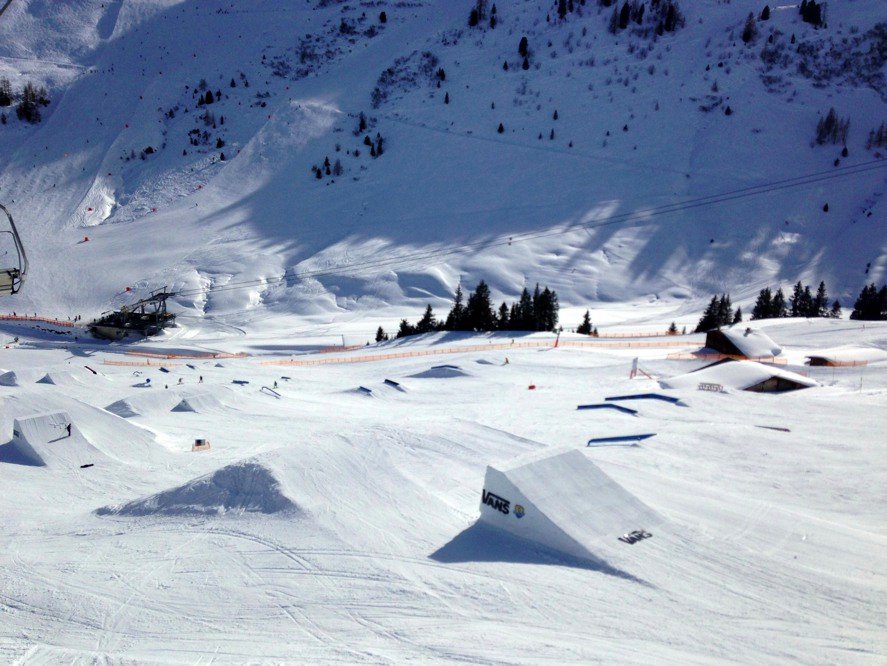 This mountain also hosts the Vans Off The Wall Funpark which is one of the biggest Snowparks in Austria. Whether you are a pro or a beginner, there are plenty of obstacles to entertain each level. Its own chairlift will take you back up in a couple minutes. Hundreds of young talented shredders from beginners to experts roam around in this area. On top of the Park there is a meeting area, where loads of people hang out. Loads of backpacks are dropped here and the cool crowd gives you a warm welcome! One of the coolest things about the park is that there are days that you can participate in their photo shoot and the photos can be downloaded for free on their website! A bit of a bummer is that the park is quite short, so after a couple jumps you gotta queue up again! 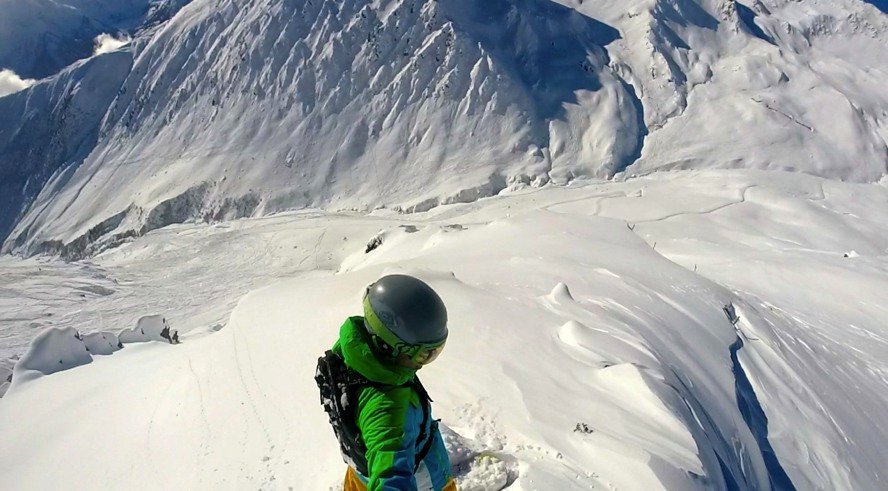 Mayrhofen is situated on 633m above sealevel only. Which can result in warm temperatures even during winter. Therefore the quality of the snow can change dramatically during the season. I have had amazing powder days but have been snowboarding with 19 degrees on 2000m in early March too. Though due to loads of snow canons they guarantee snow from mid December till the beginning of April. For the best snow conditions head over to the Hintertux glacier.

Apres ski in Mayrhofen is hot

If this is what makes or breaks your mountain holiday then put Mayrhofen on your list. In almost every Apres Ski Top 10 you can find this mountain village. There are loads of opportunities to have some drinks after a long day skiing or party till early in the morning. Place to check out are the Pilz Bar, the Ice Bar, the Bruck’n Stadl, Scotland Yard for late night action go to the Speak Easy Arena and the Schlussel Alm.

Where to stay in Mayrhofen?

Obviously there are plenty of places to stay in Mayrhofen and the surrounding villages. During lift operation hours there are plenty free shuttles, though after 5pm this service is very limited and taxi is your only choice.

I stayed at a couple different places, all of them where budget-range hotels, so called Früstuck Pensions. A couple kilometers outside the center you can find accommodation for around €27 - €30 per person per night including breakfast. Try  Honserhof, Wiesengrund. Both clean and tidy modern rooms with very good value for money. A good option centrally located is the Scheulinghof where you can stay for around €35 - €40 per person per night with fabulous buffet breakfast, sauna and modern rooms, only 3-5 minutes walk from both lifts.

Stockinggut By Avenida Leogang Review | Ski In Ski Out Hotel

25 Things To Know About (Apres) Ski In Saalbach Hinterglemm

Kaltenbach: a perfect destination for a weekend skiing

5 Reasons why everyone wants to go skiing in Ischgl
Tweet