No I don’t like to tick off countries and if you have been following my adventures over the years I love to slow-travel and see as much of a country as possible. But unfortunately due to a full travel schedule I only had one and a half day for my trip to Kosovo, one of the youngest countries in the world.

To me crossing the border into Kosovo from Macedonia marked visiting country number 93. As you may know Kosovo and Serbia are not best friends after the civil war in 1998. Kosovo is still not recognised by all the members of the UN, but for most European countries and the US, Kosovo is recognised as its own country. Until 2008 when Kosovo declared itself independent this country was part of Serbia.

My Balkan road trip already led me through Slovenia, Croatia, Bosnia, Montenegro, Albania and Macedonia without any problems. Safety issues never even crossed my mind in the 3 weeks I was on my way, so there was not a single moment I that I questioned if it would be safe to travel to Kosovo.

Entering Kosovo with a European car

At the border crossing I experienced something funny. The extremely friendly and helpful old man kindly made clear that my car was allowed to enter into Kosovo without a proper insurance. Am I not insured? Or what was this old man stumbling in his best English? Sprechen Sie Deutsch? Yes no problem sir, go ahead in German. His German was pretty damn good and he was able to properly explain the problem. Apparently European cars need an extra insurance for driving in Kosovo. He trusted me and stamped me into Kosovo, but I had to walk back across the border to get a €15 insurance for 2 weeks. Good to know when you travel to Kosovo. 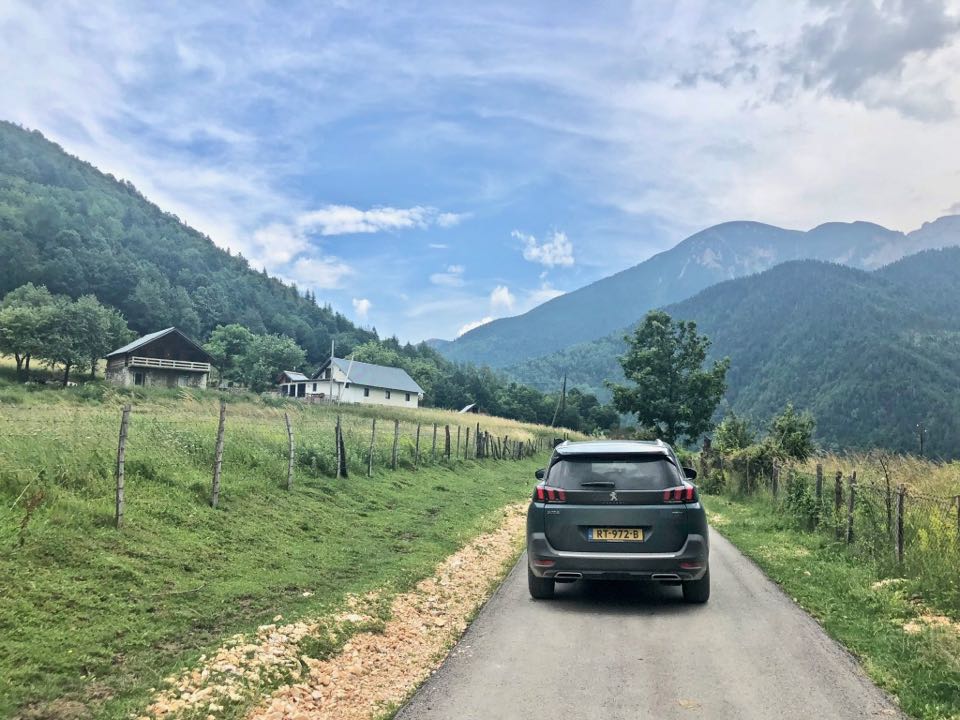 Actually that is not the best question to ask me. I have been traveling to conflict areas like Iran or Kashmir and I am dreaming to go to Pakistan. So when you ask me is it safe to travel to Kosovo you probably already know the answer. Of course it is safe to travel to Kosovo! What do you think is going to happen? The war was 20 years ago and the declaration of independency was 10 years ago. Now in 2018 there is nothing to be worried about. Traveling in Kosovo is safe! 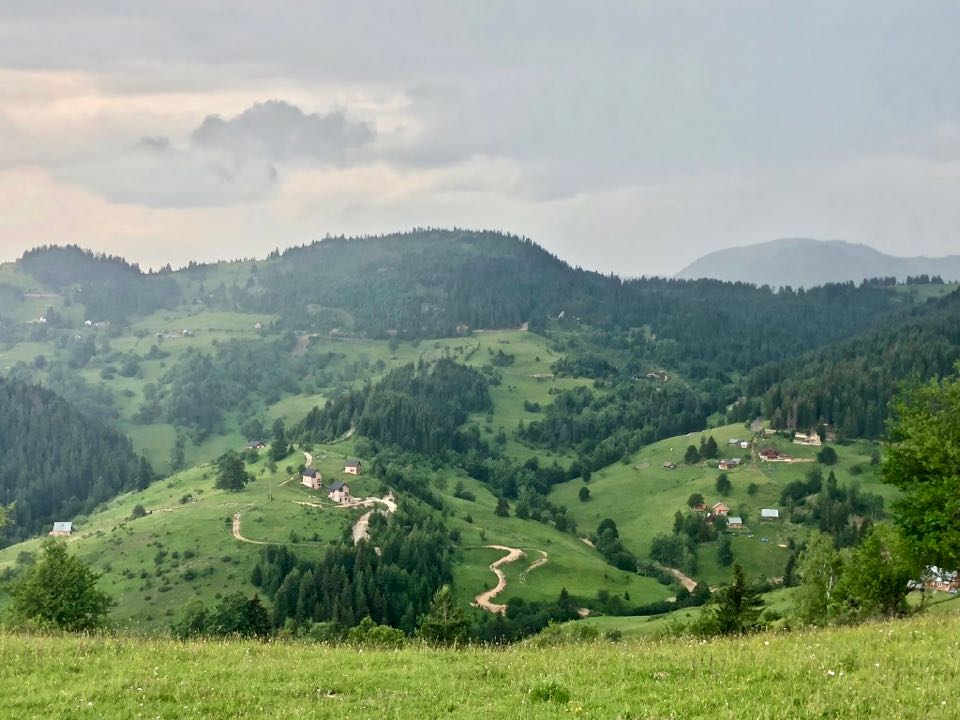 Where to go in Kosovo for 1 day

Based on blogs about Kosovo I found on the internet I had to make a decision where to travel in Kosovo for that 1 day. I could of course go to Pristina, the capital city or the biggest tourist hub in the country, the beautiful city of Prizren. I chose to skip both!

All of my Balkan road trip I spent in the mountains so far and wherever possible I was trying to escape the city life. The Lake Komani trip in Albania was a perfect example of an off the beaten path destination in Balkan, as well as the Uvac Canyon Viewpoint in Serbia and the Kravice Falls in Bosnia. Some day I will come back to see the cities of Kosovo for now I wanted to go somewhere away from the tourist trail. 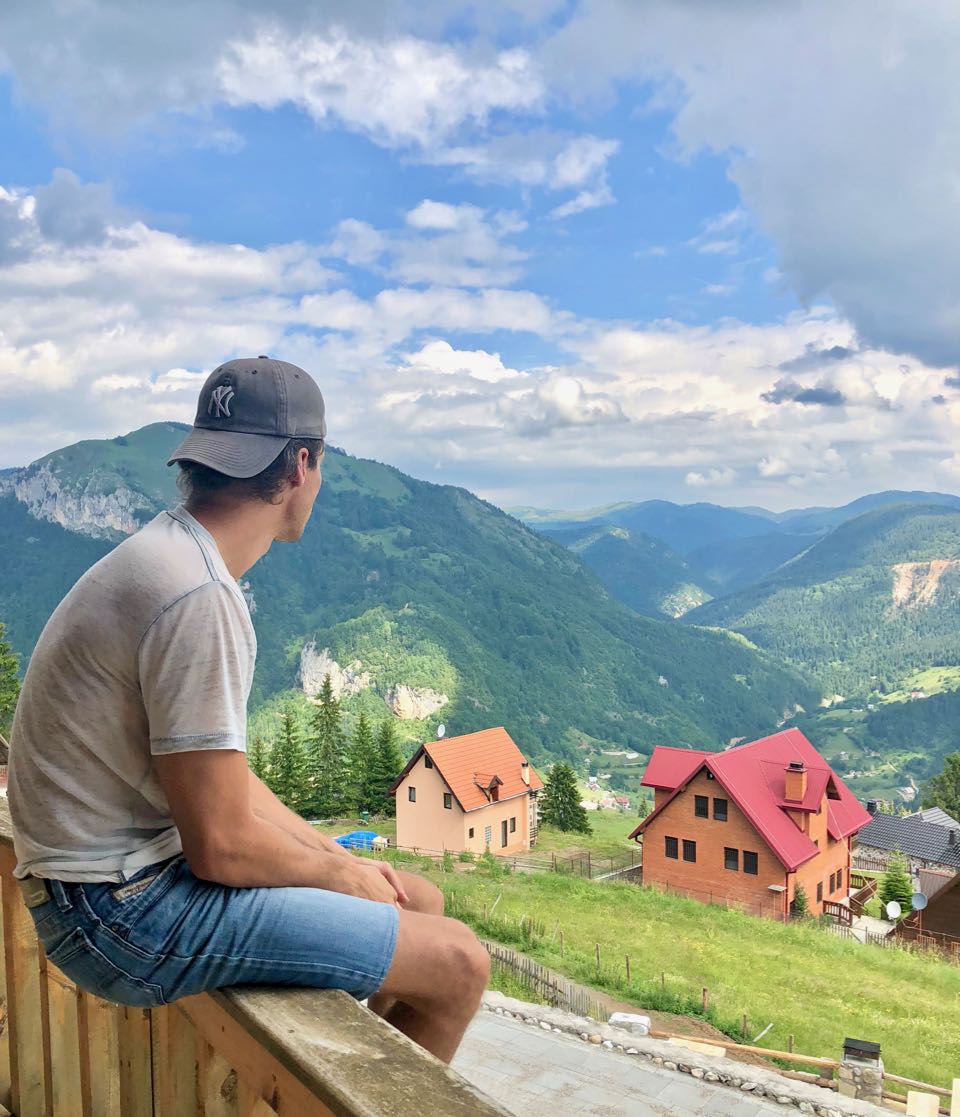 While looking for the best pictures of Kosovo travel I found Bjeshket e Nemuna National Park in west Kosovo. The national park is only a stone throw away from the third biggest city in Kosovo: Peja so that is where I decided to go first. Peja may be the third biggest city, but it is small compared to other big cities in the Balkan. Strolling around the city center of Peja is worth to get a slice of local life in Kosovo but also if you are looking to buy fake branded clothes, shoes, etc.

From the city center where a fairly small mosque towers above the old city the mountains are already calling and after a couple coffee and some kebab I headed back to my car to drive into Bjeshket e Nemuna National Park. On the main road into the park there was a visitor center that I went into to gather some more information about Kosovo tourism and the national park in particular. There are numerous hiking trails, small little settlements, waterfalls, massive open meadows, climbing activities, skiing, rafting, lakes, the highest mountain in Kosovo, etc. Bjeshket e Nemuna is the pearl of Kosovo tourism. 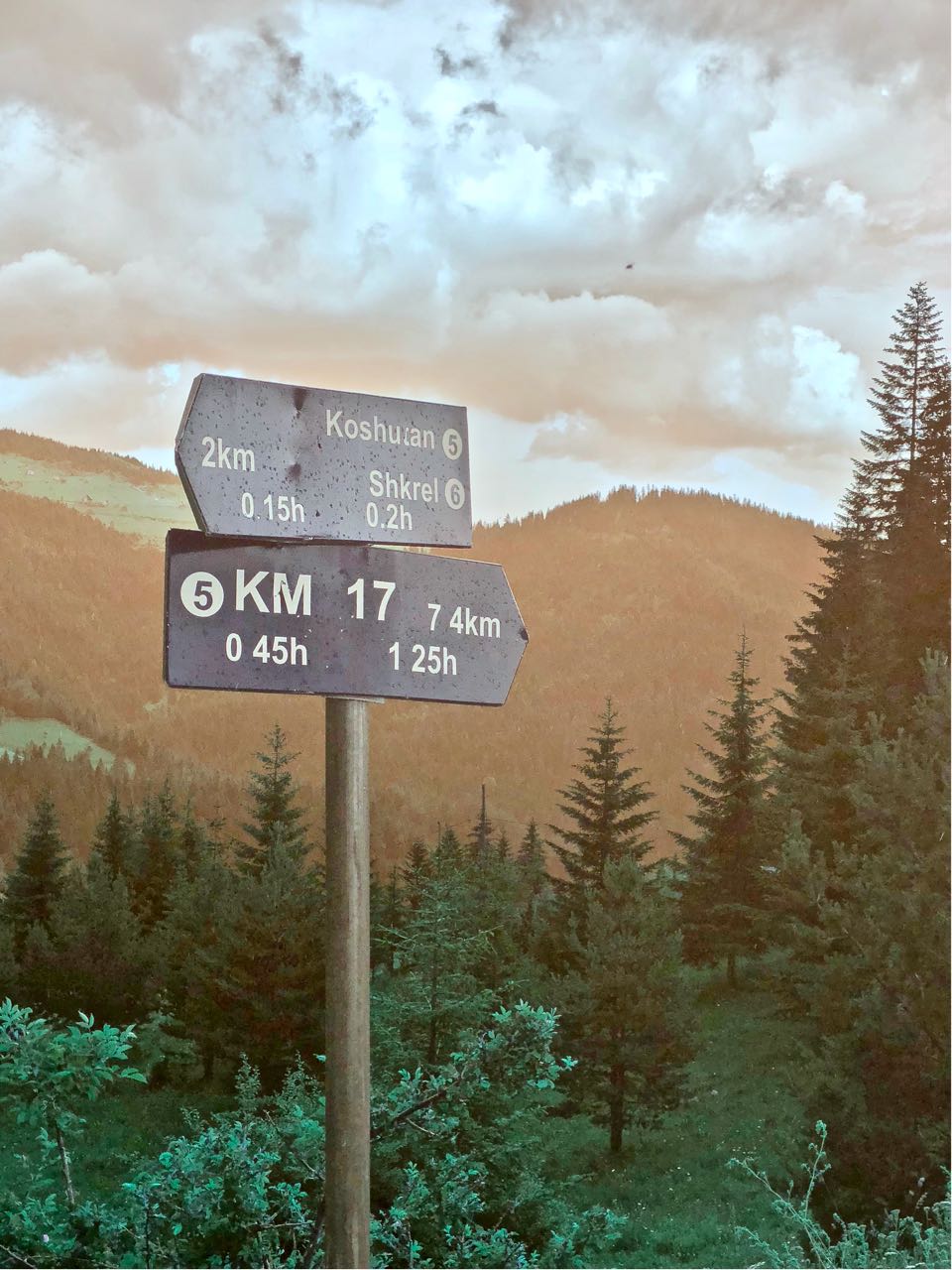 If you want to go off the beaten path in the Balkan, then add Bjeshket e Nemuna National Park to your list!

Since I only had 1 day I decided to go for Lake Leqinat, which would be a short hike from the last village at the end of the national park: Kuqishte. On my way towards this mountain village I took a lot of detours and went to see the idyllic settlements of Boge, Drele and Koshutan. Just a couple houses and a mosque mostly, but still authentic and traditional. The winding roads will lead you through beautiful gorges and past waterfalls and over bridges. My visit to Bjeshket e Nemuna National Park was already a success just driving through it by car. 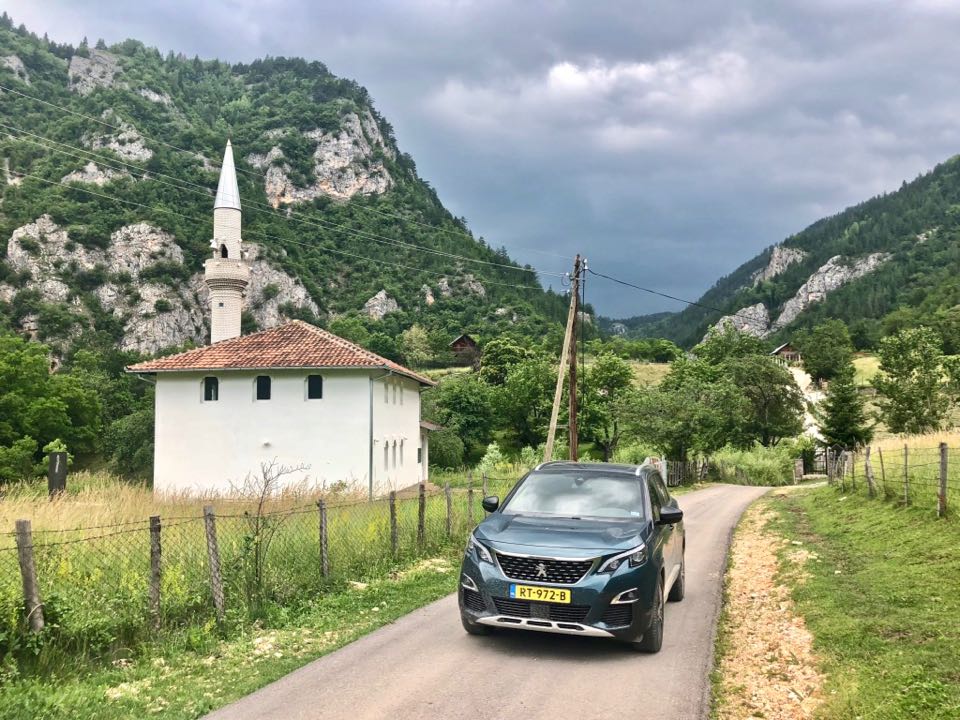 Pretty much like how I am I arrived up in the mountains of Rugova without any cash money. Yes I know that is not smart! Of course up here you can’t pay by card, but I just didn’t think about it, so I had to either drive back to Peje for 45 minutes one way or find a solution. By coincidence I stumbled upon Te Liqeni, the highest possible to drive up to with a car. I explained the amazingly friendly owner the problem and that I had some Euros, Kunas and USD for him. In total it was about €20. I made a deal with him and gave him all my money. In exchange I stayed for the night in one of his lovely huts, got dinner, some tea, I could watch the World Cup 2018 match Croatia against Argentina with him and his family and he prepared me a breakfast in the morning. 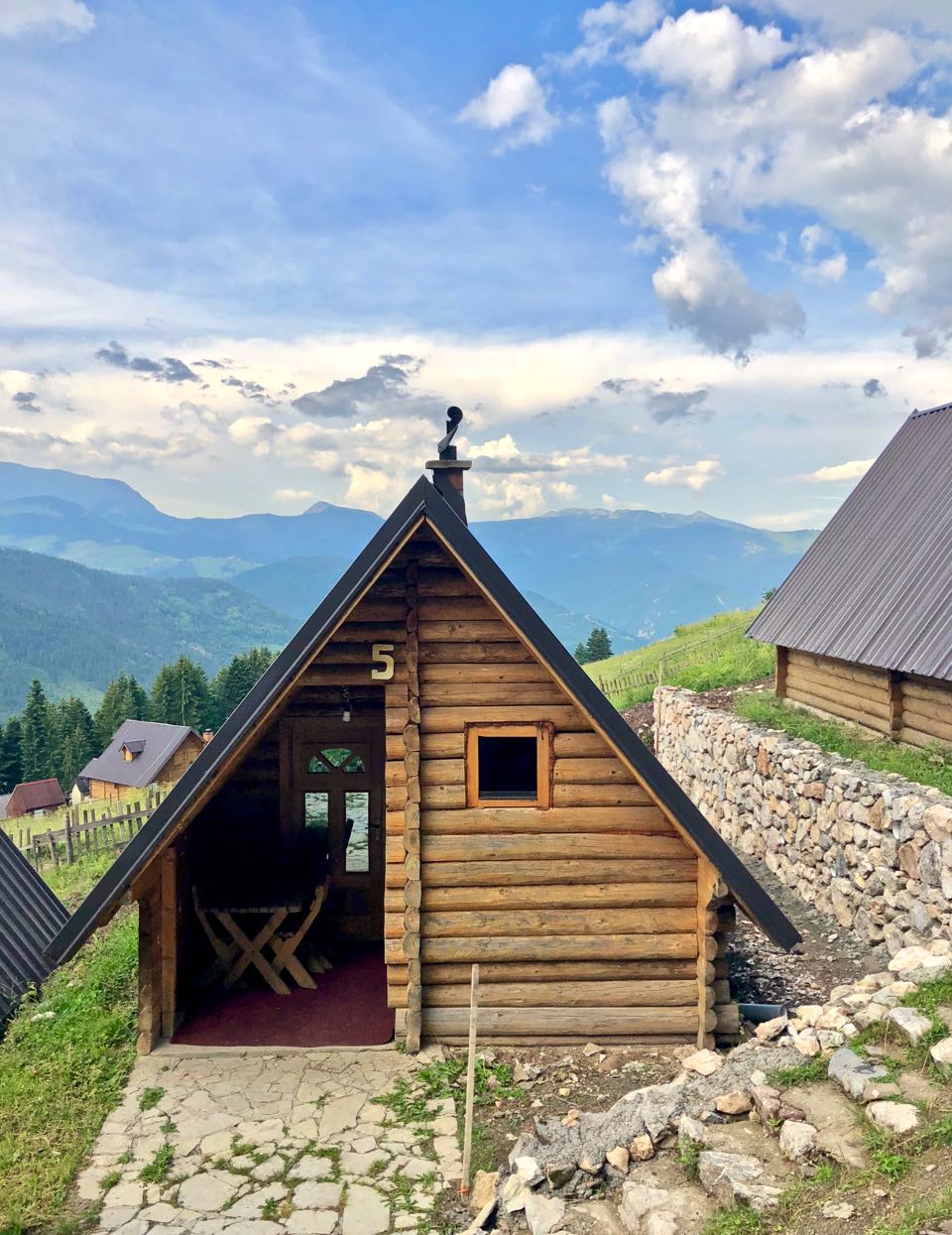 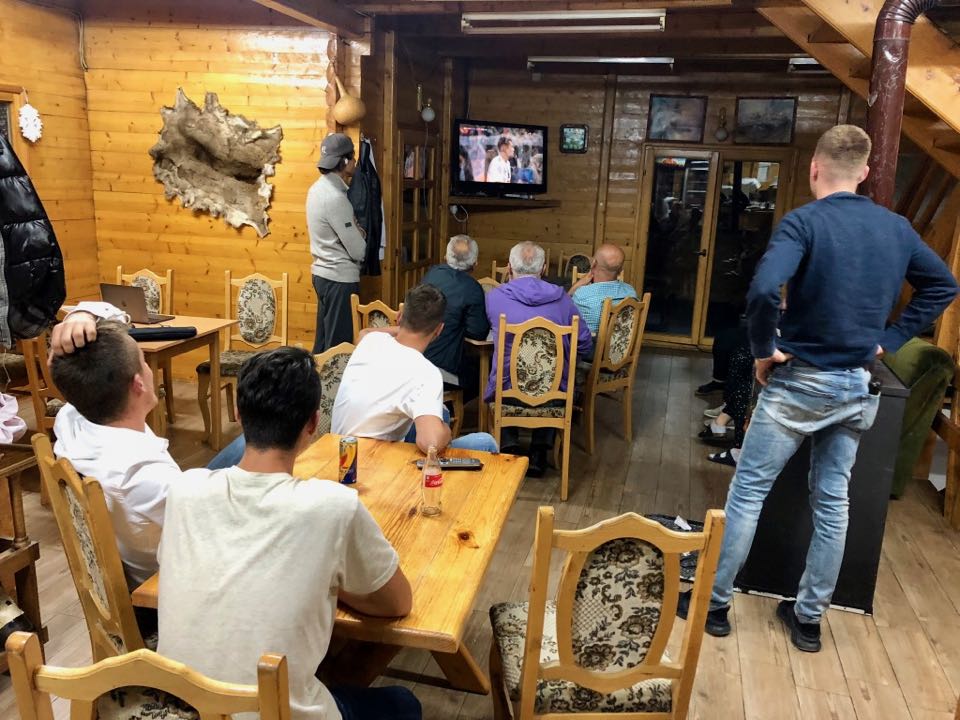 The hospitality up here in the mountains in Kosovo was unrivaled. I as a well traveled Western felt ashamed I had no more cash money to give him. The love I got in return for visiting Bjeshket e Nemuna National Park and staying at Liqeni was unaffordable! Thanks again my friend! 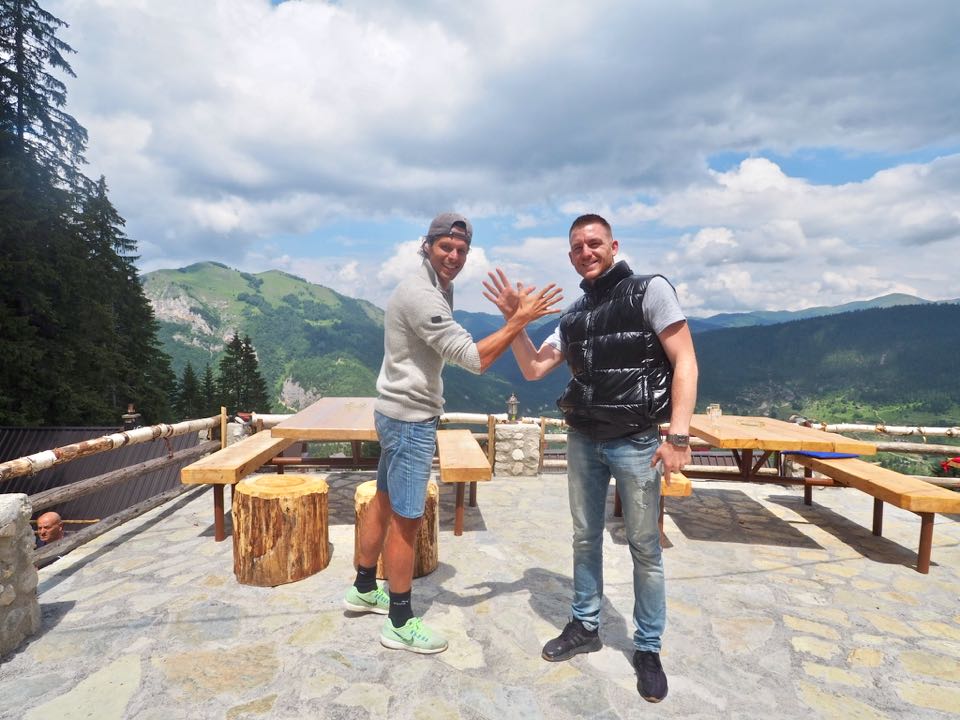 Because of the darting weather I decided to hike to Lake Liqeni the day after. From Te Liqeni restaurant it is only about 2 kilometers (30 min). The lake is also part fo the famous Peaks of the Balkans hiking trail through Kosovo, Montenegro and Albania. The next day though I never made it to the lake! The lake is supposed to be one of the best places to visit in Kosovo.

It was not the weather this time, it was more about getting in touch with locals up here in the mountains of Kosovo. I sat together with the owner of the hotel/restaurant and started chatting about the Kosovo war and the current situation. He was even younger then me and could remember those days when he had to flee to Montenegro when he was a little kid. A long and cold journey through the snowy mountains. Listening to his stories I once again realized how damn spoiled we are in Western Europe, where we as a kid were annoyed that we were only allowed to use the Playstation for 1 hour. 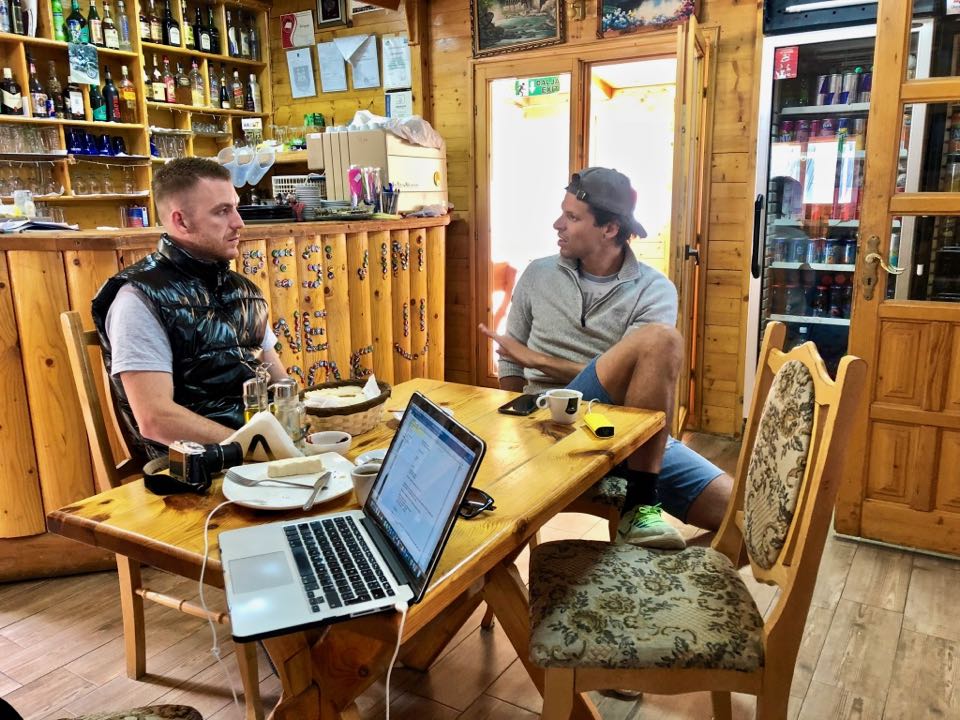 If you decide to travel to Bjeshket e Nemuna National Park in Kosovo stay at Te Liqeni, you wont regret it!

Curious what other adventures I was up to during my Balkan road trip? Have a look at my blog about Matka Canyon in Skopje, the best places to visit on a road trip in Bosnia or the best viewpoint in Serbia: Uvac.

Thank you for keeping up with my adventures. All of you readers are a great inspiration to keep on going and explore our beautiful planet. May you have any questions please feel free to leave me a comment.

How To Visit The Uvac Canyon Viewpoint In Serbia

10 Best Places To Visit In Bosnia On A Road Trip

Everything You Need to Know When Visiting Matka Canyon Skopje