Roadtrip Portugal | from Porto to Algarve 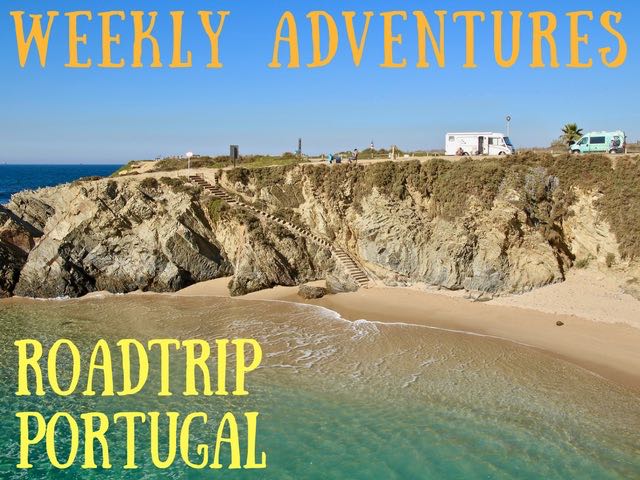 After years of traveling I have done many crazy things and some of the best adventures around the world, but the last year there was one thing that was still not ticked off on my travel-to-do-list and that was to experience a vanlife trip. Driving around in a van, free to go wherever, free to stay wherever and live a simple but happy life was what I was dreaming of doing. Finally this dream was becoming reality and I flew to Portugal to pick up a van for my Portugal road trip.

Thinking about a road trip in Portugal? Stay connected and buy a local sim. Click here for my comparison of all the prepaid Portugal sim cards for tourists or buy a sim card at Lisbon Airport.

Yes I have seen the luxury side of traveling with me staying in the most exclusive resorts in Maldives, but I have also been sleeping in a lot of hostels over the years sharing a room with 20 other people. I always say I am an uncomplicated traveler and you can literally put me anywhere and I will deal with it as any other adventure.

Over the years I learned how to travel the world with low budget and one thing I had been preaching in my articles is to buy a van, drive it around a country and sell it at the end of the trip. I am still dreaming of doing this in the US and Canada some day. This time though I ended up in an Indie Campers van for a Portugal road trip. My first vanlife experience for a week.

In this Portugal road trip blog I talk about my experiences driving a campervan from Porto to the Algarve. You can read about my stops, the places I discovered, the costs and the difficulties of traveling with a campervan in Portugal. In case you are also deciding on going to travel to Lisbon you surely want to check out my Lisbon travel blog with countless travel tips, restaurants, things to do and places to see and stay for Lisbon.

After a freezing week in Edinburg and London I welcomed the warm winter sun in the South of Europe with open arms. Porto was the port of entry of my 83th country as it was my first visit to Portugal, the country with the most beautiful language. Yes, yes I want to learn Portuguese, so now I am looking for a Brazilian girlfriend. Sign up now… LOL :) 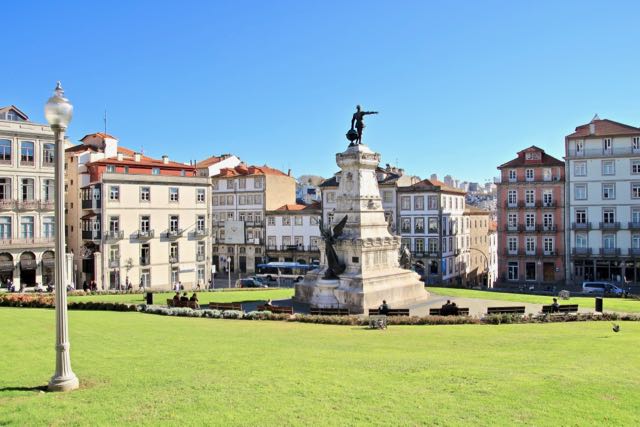 Before I picked up the van I had 1 day to explore the city. Porto was a cool place to stroll around and seriously a city I would love to go back to. 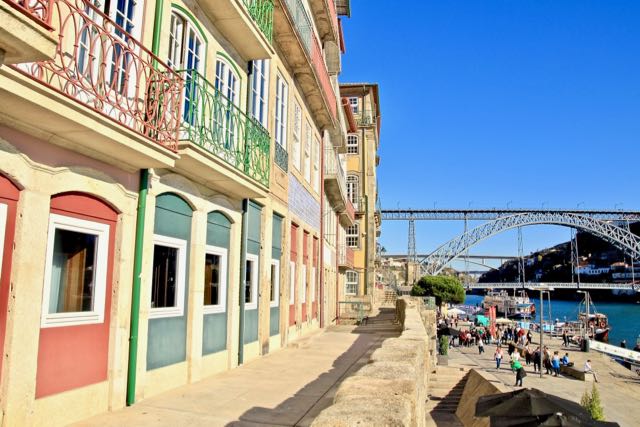 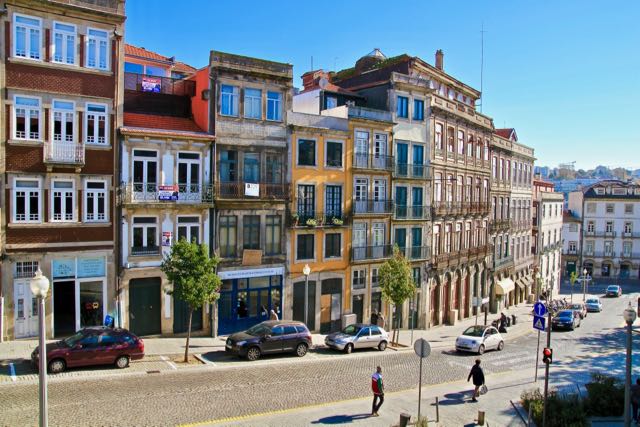 The weather was still super nice although it was already mid November and sitting outside in the sun enjoying a drink and some tapas close to the famous Dom Luis I Bridge was the perfect thing to do. There are a ton of cafes to choose from on the boulevard along the river. Best spot in the city! 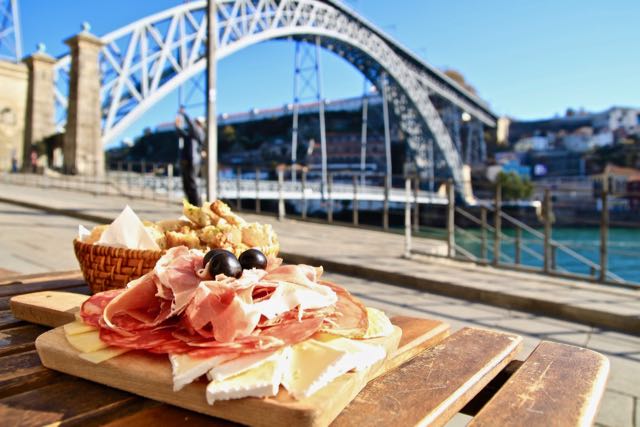 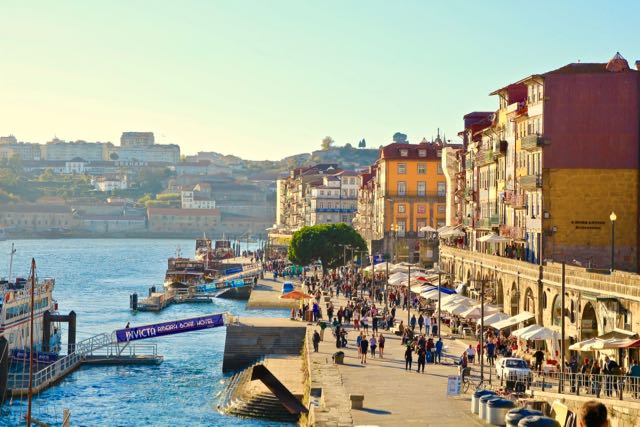 Definitely keep on strolling around the city there are many narrow streets and squares. Life’s simpelest pleasure is to wander through a city. Cross the Dom Luis I Bridge on the bottom, but also cross it at the top for fabulous views over the city. 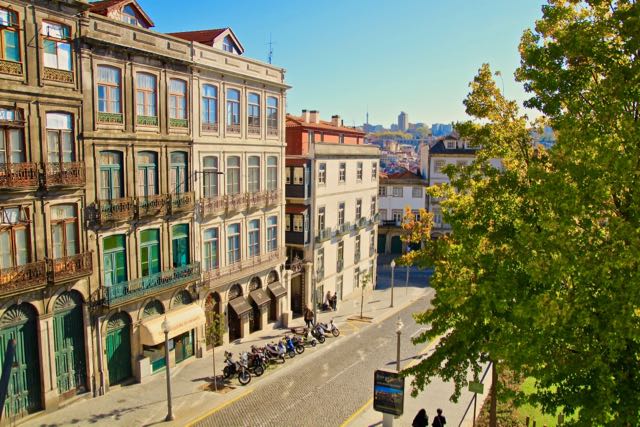 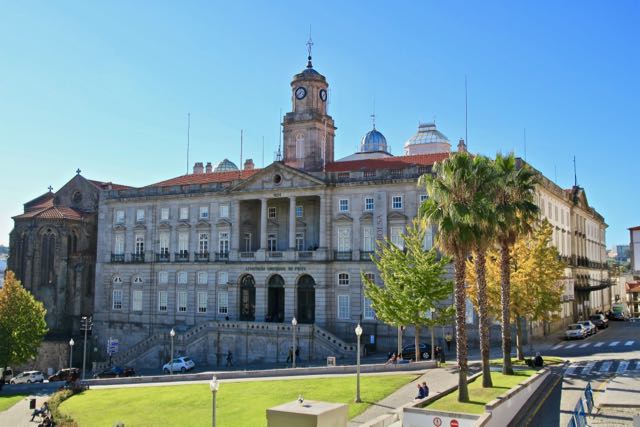 There is a staircase next to the bridge to go up or take the cable car for a short but scenic ride. 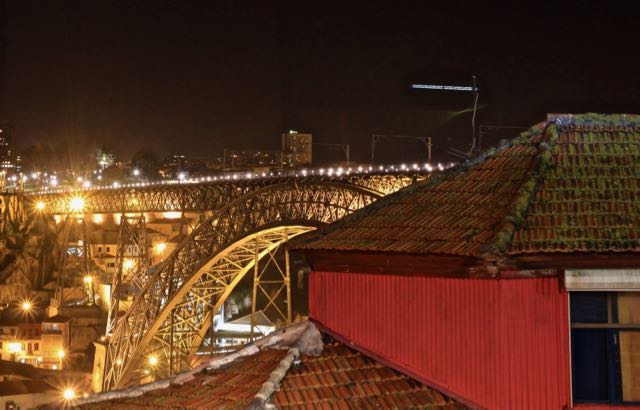 Our Airbnb was a little outside the center, but the train took just 7 minutes. Travel hacks for free public transport in a foreign city where English is not the national language: buy a single ticket but don’t stamp it or check it in, that way you always have a ticket if someone asks for it. When they try in their best English to explain that you have to check in, you just pretend you don’t understand them! Works everywhere… :)

When in Porto you gotta taste Port I would say. So we looked for the best wine tastings in Porto on the internet I ended up signing up for the Port tasting tour at 16.00 at Graham’s Port Lodge. It is located just 15 minutes walk from the bridge a little uphill but with great views over the city. There was no time to enjoy these views though as we had to head into the wine cellars. 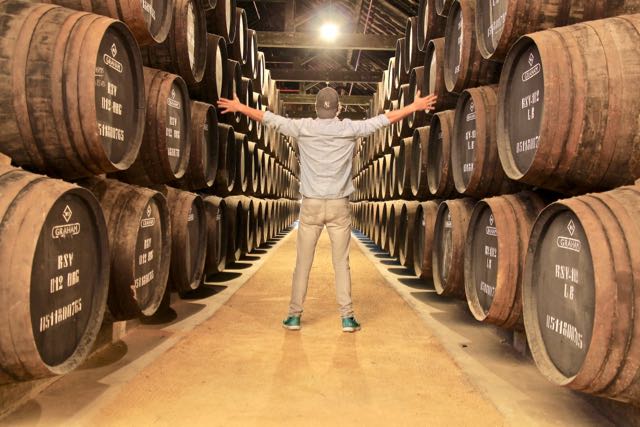 Honestly I have done many wine tastings around the world and I never really listen to what they say, just gimme the wine please!!!!! :) 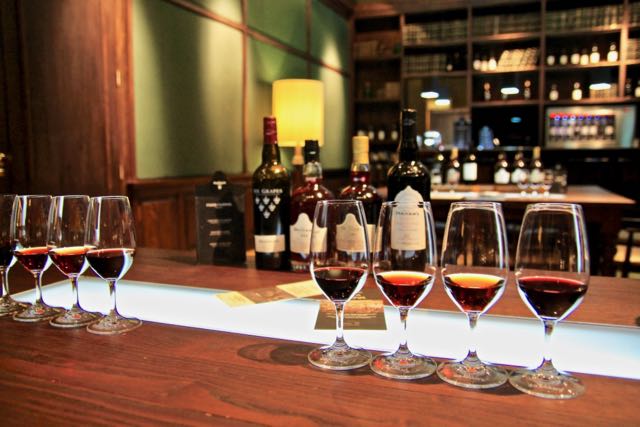 In this case it was Port of course but damn it, this drink is actually pretty yummy. Head to their website as tastings are on reservation only. 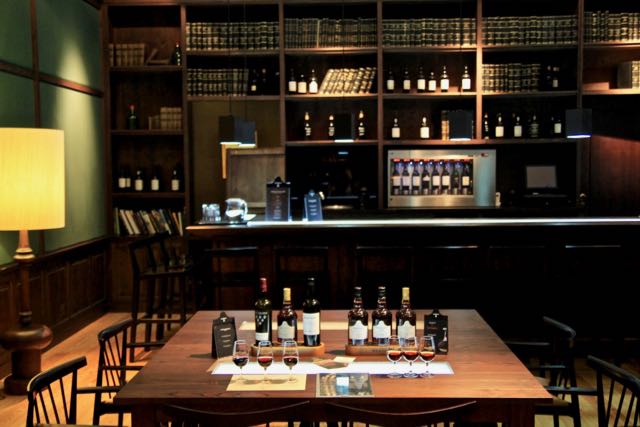 It was time to pick up our van the next day at Indie Campers and after we signed all the papers and were briefed about the ins and outs of the camper van we drove off into a new adventure. The feeling to be completely independent and free to go wherever was amazing. Sitting behind the wheel brought a smile on my face, I love road trips! We were about to conquer Portugal, I felt like on top of the world! :) 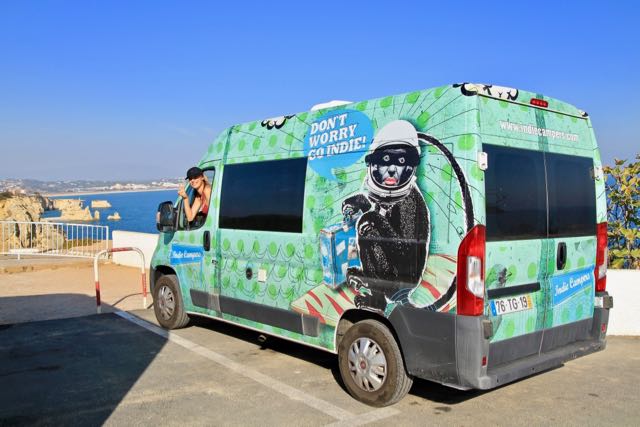 Difficulties of a vanlife

Our plan was to drive south and somehow end up at the beautiful south coast of Portugal with of course a few stops on our way. While driving Nikki and I were already day dreaming about those perfect sunset moments with our van parked on a deserted spot on the beach somewhere far from civilization. The perfect picture of a road trip in the Algarve, right? 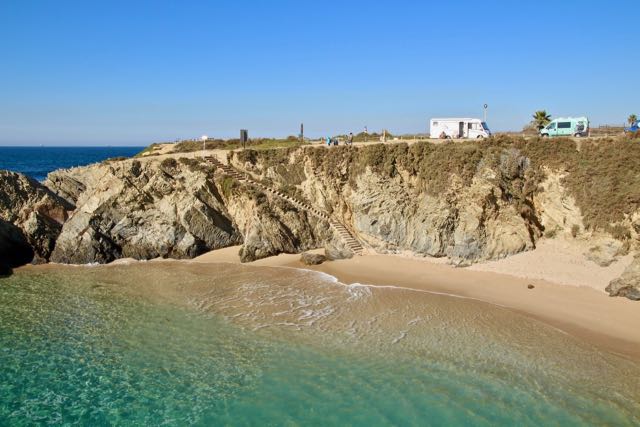 But after a while we found out that this was not that easy! We knew we were going south so at least we had a direction, but did we have a destination? Not really! On top of that we soon learned about toll roads, gasoline costs and many more things we did not expect.

You see when people have expectations they get disappointed! ;) 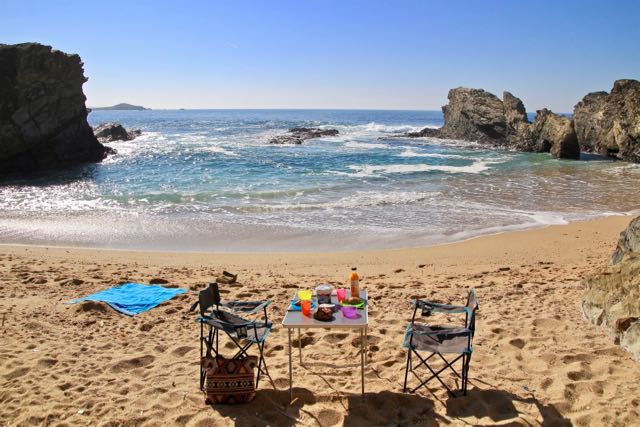 We were laughing, telling stories, listening to music and thinking about was ahead of us. And don’t ask me how but somehow we completely unexpected ended up in a tiny and utterly stunning beach town south of Lisbon: Porto Covo. If you are on a road trip in Portugal please go here! 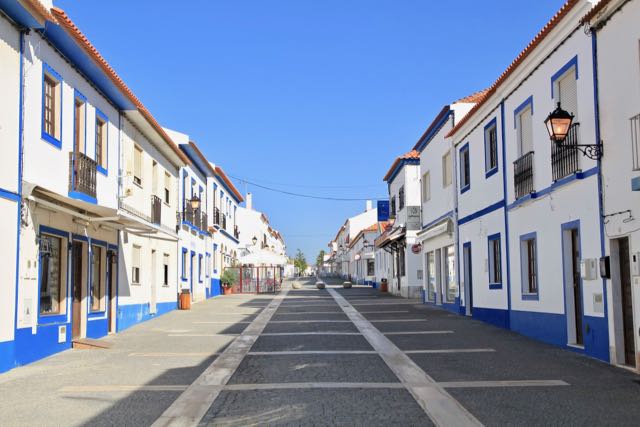 That next morning we found an amazing spot in this idyllic town right next to the beach! We were so happy and proud we found such an amazing spot that it was sad to leave that same evening. We were on a pretty tight schedule (yes, another miscalculation)! Damn it was I gonna be able to open that bottle of wine! ;) 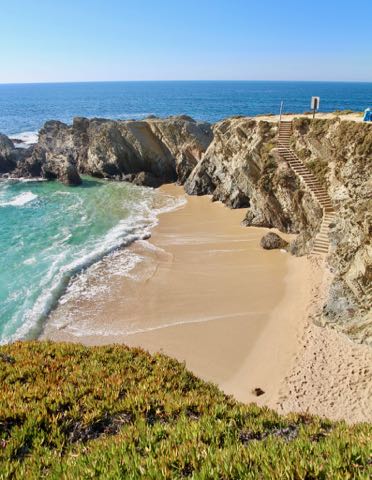 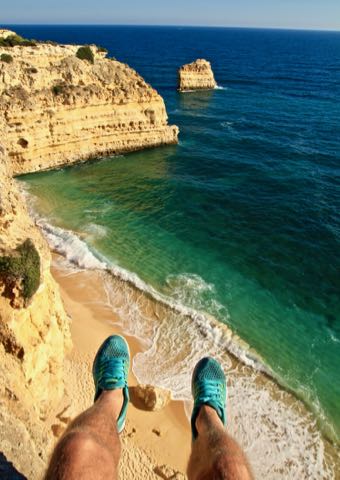 This game of exploring the coast, finding a cool spot, quickly enjoy, take photos and unfortunately leave again around sunset was how we filled our days at the amazingly stunning Algarve coast. We succeeded every day though and we ended up at some really cool beaches and also saw the most southwest point of the European continent in Sagres. Our Portugal road trip was a big success. Our top picks for the best beaches in Algarve with a campervan are: Praia do Camilo, Praia da Marinha, Praia de Albandeira and Praia da Falesia. 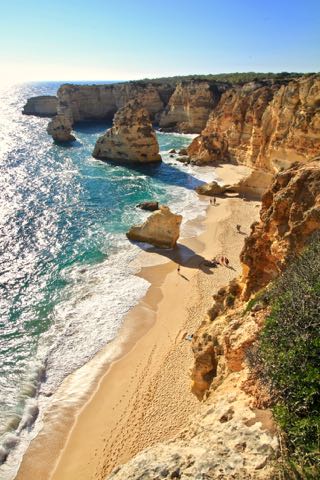 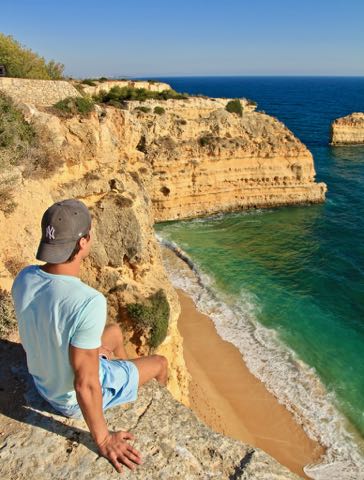 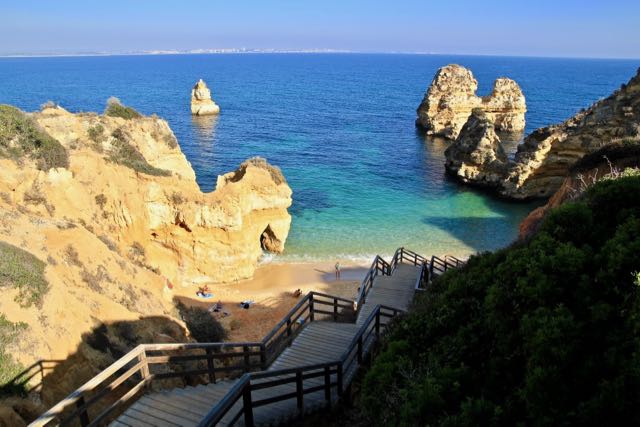 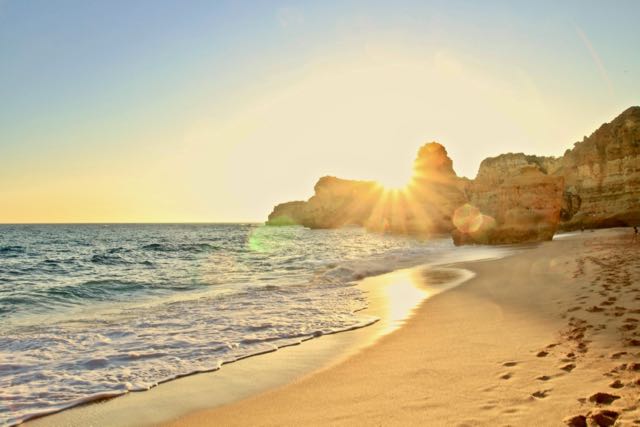 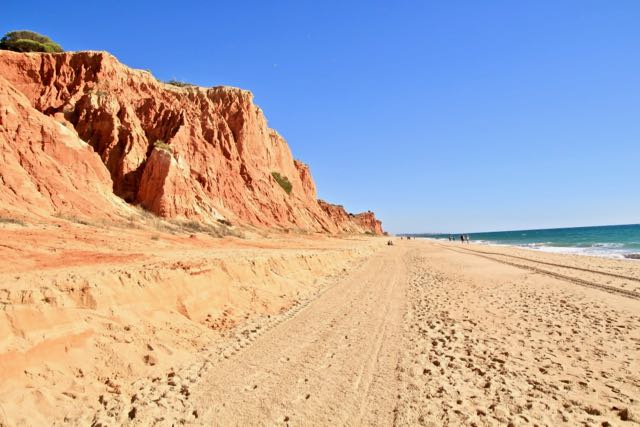 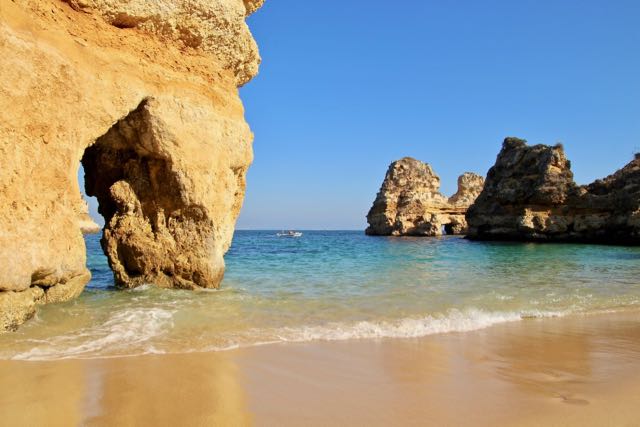 Because we found a cheap flight to Malta with Ryanair, our final destination was Valencia. I knew Spain was pretty big, but that it was so huge? Valencia was far! I definitely underestimated the distances. The last two days I basically drove 7 hours on average also because I wanted to make a stop in Gibraltar.

According to the official United Nations list of countries Gibraltar is not officially listed as country but as British Overseas Territory. But telling someone from Scotland they are not a country would be the same, right? ;) 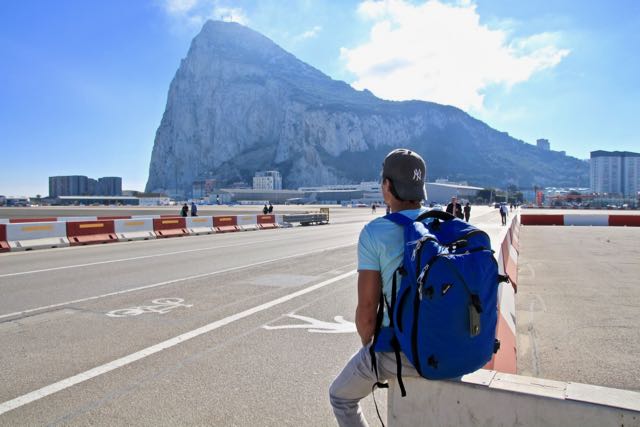 As I was pretty close by and according to Google Maps it was only a 3,5 hour detour on our way to Valencia I decided to visit Gibraltar. Plus that way I would be able to stop in Marbella and meet one of my best friends who is living there. It was a long drive but as soon as we hit Gibraltar in the early morning and saw that impressive rock sticking out of the ocean I was happy I drove all the way down South. Impressive! 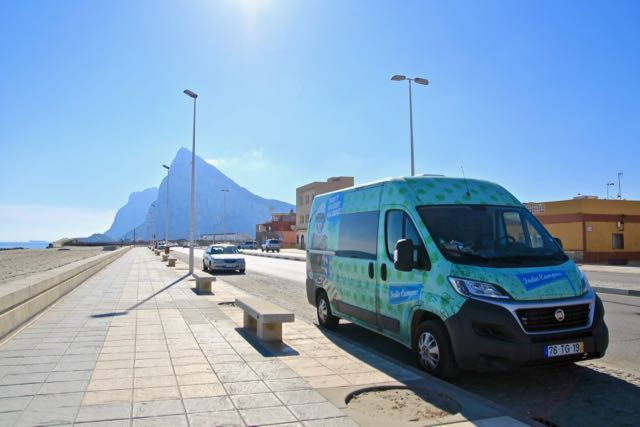 Funny fact: I always thought I knew everything about the world map, but then I learned about Gibraltar not being the most Southern tip of the Iberian Peninsula! The most southern tip of Spain is in Tarifa, another 45 kilometers Southwest from Gibraltar. In Gibraltar they drive by the way on the right side of the road, which is surprisingly as it is English territory.

I had to cross both borders, show my passport to customs and then cross the runway. Yes exactly you literally have to cross the airport runway as soon as you drive into Gibraltar. Of course I was filming everything for my Snapchat and Instagram and I was not even in Gibraltar for 1 minute and the police already stopped me. Luckily I got off with a warning! But it was a sign that Gibraltar I would not become friends. 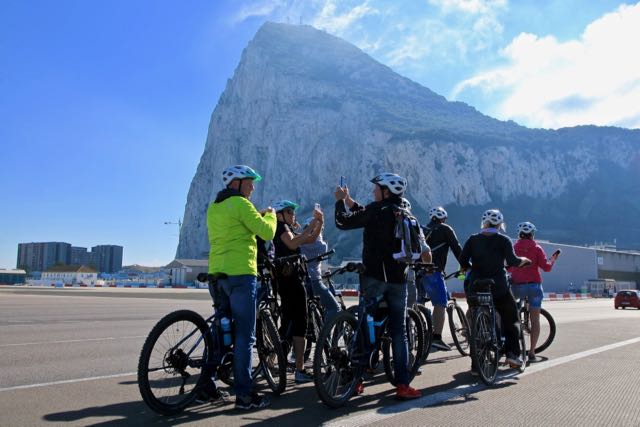 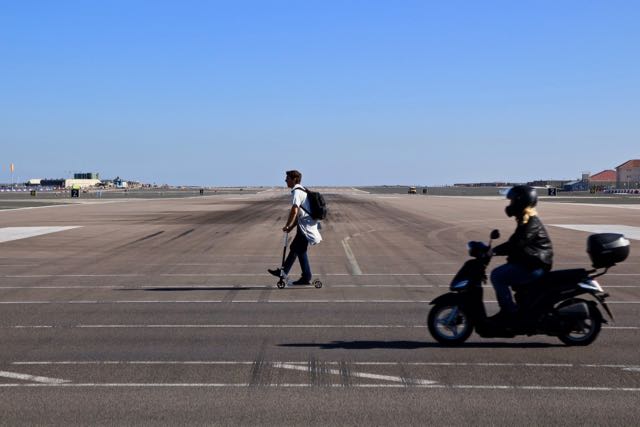 An hour later I was out already. I have never really been to a country where they literally did not like me because I was a tourist. Yes I was just coming to visit, have a coffee, walk around and leave, but that those not give you a reason to hate me! Conclusion: people in Gibraltar hate day-trippers! An hour later I went back to Gibraltar to get a photo, but now on foot and parked my car in Spain. As soon as I got my photo I left… ciao Gibraltar I will probably never see you again! ;)

Thanks for keeping up with Traveltomtom, next week adventures from Malta. 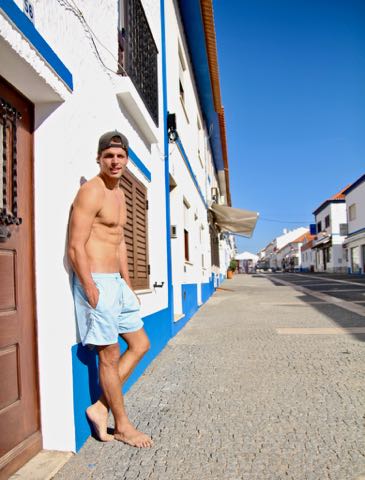 Buying a Sim Card in Portugal in 2022

Buying a Sim Card at Lisbon Airport in 2022