9 Unique Things To Do On A Weekend In Stockholm 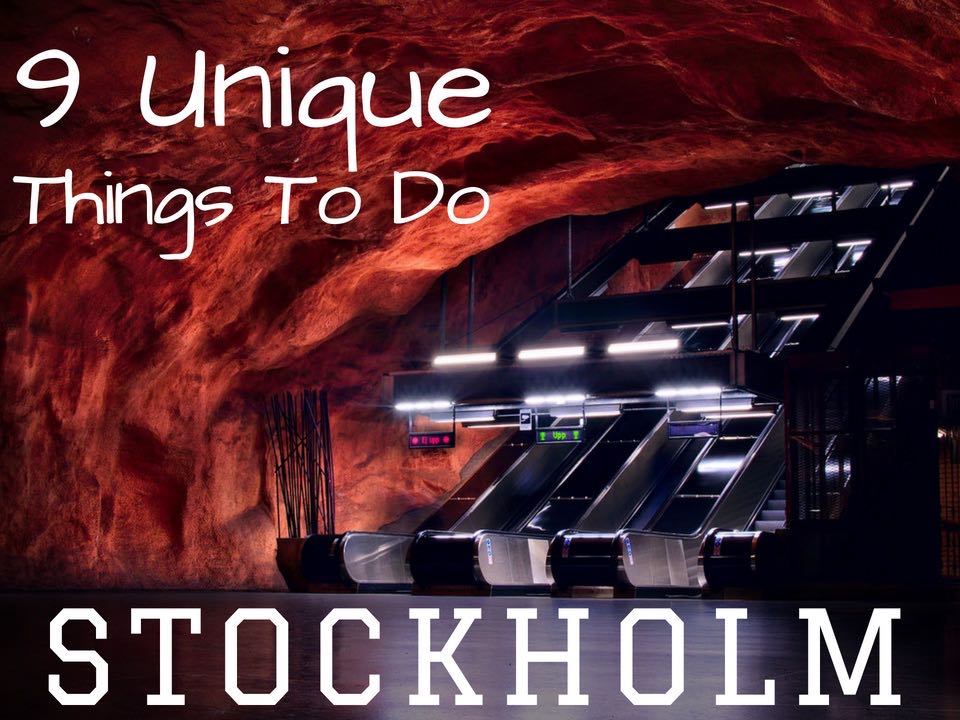 Looking for a slightly different city trip destination, somewhere different than those standard city trips to Barcelona, London, Milan or Paris? Then consider to visit Stockholm. I recently chose to visit Sweden’s capital city for a city break. Although I have visited many European cities so far, Stockholm was something different, in a good way at least.

Trying to dig a little deeper into a city is the way to learn about a place. Ask locals for advice, discover places yourself and take unexpected turns. This is the way we should all travel rather then all walking in a line to see the Eiffel Tower. 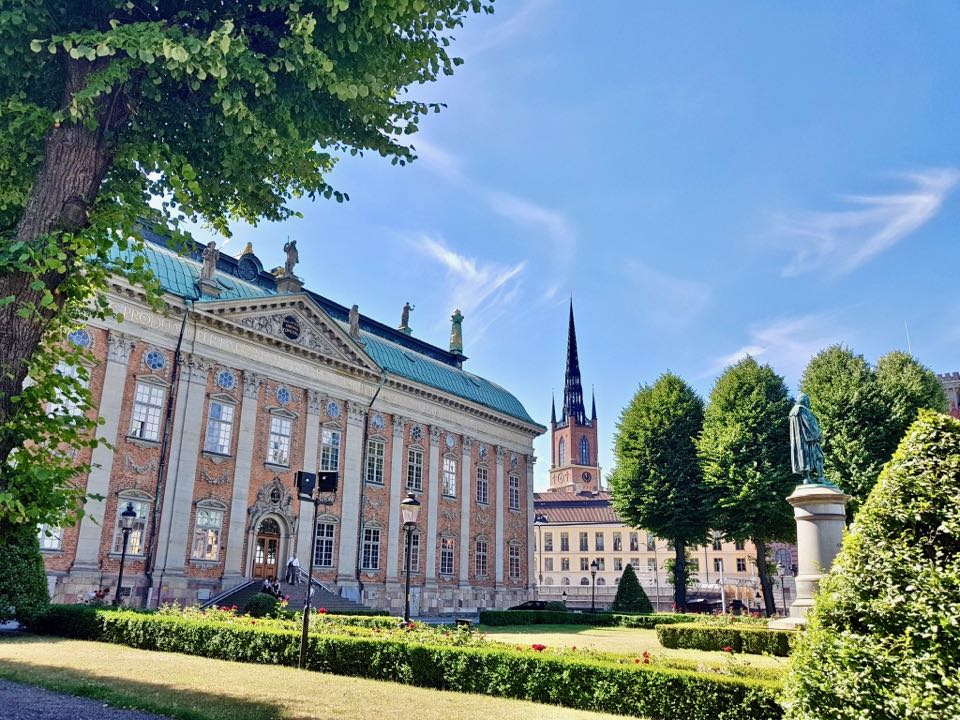 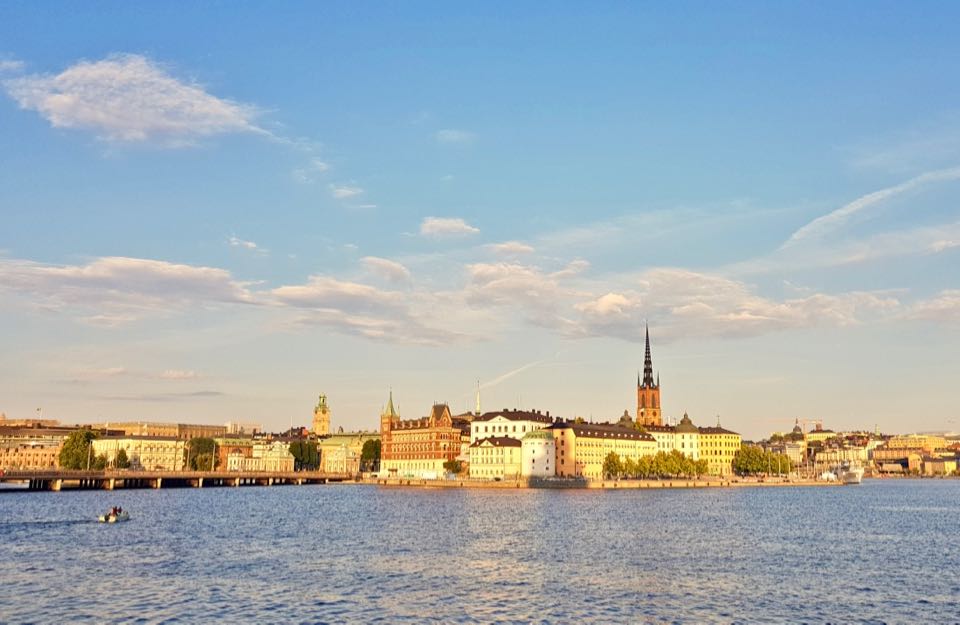 Some interesting things to know when you visit Stockholm 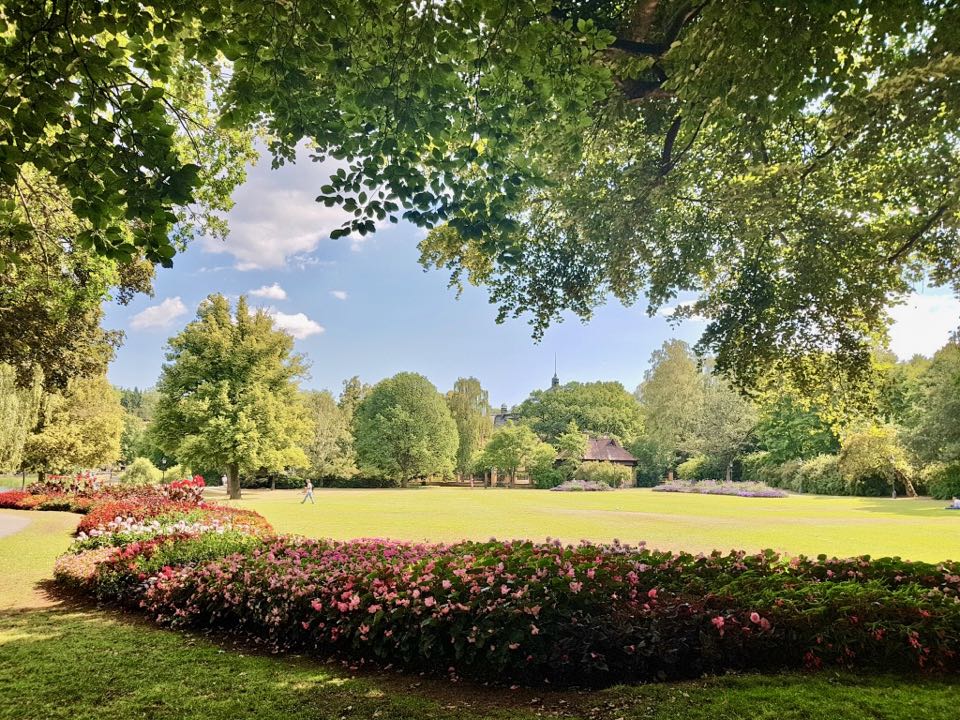 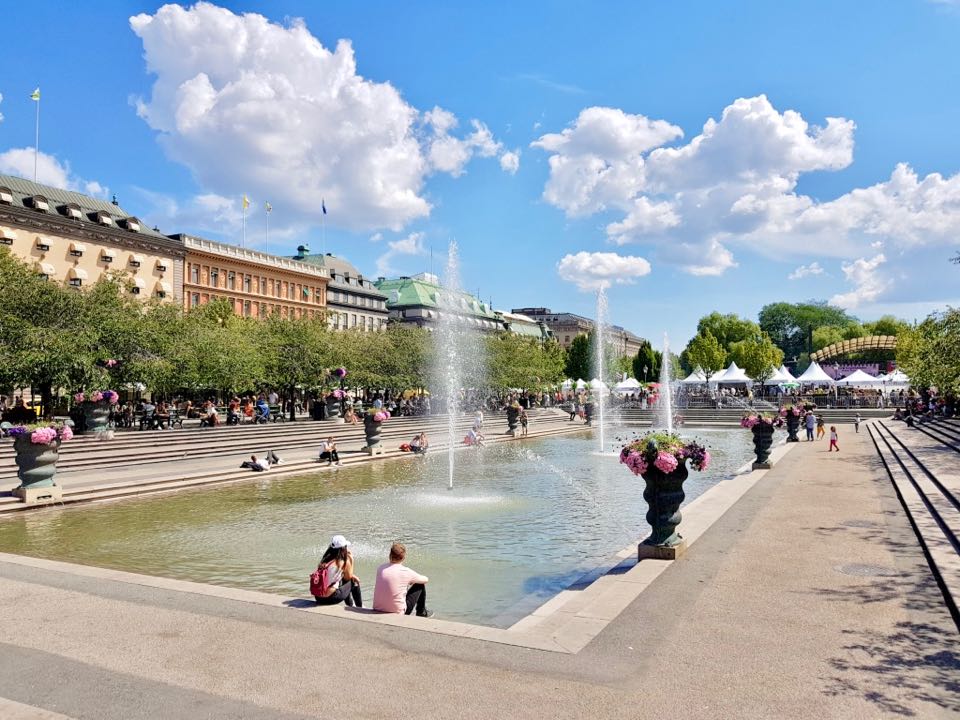 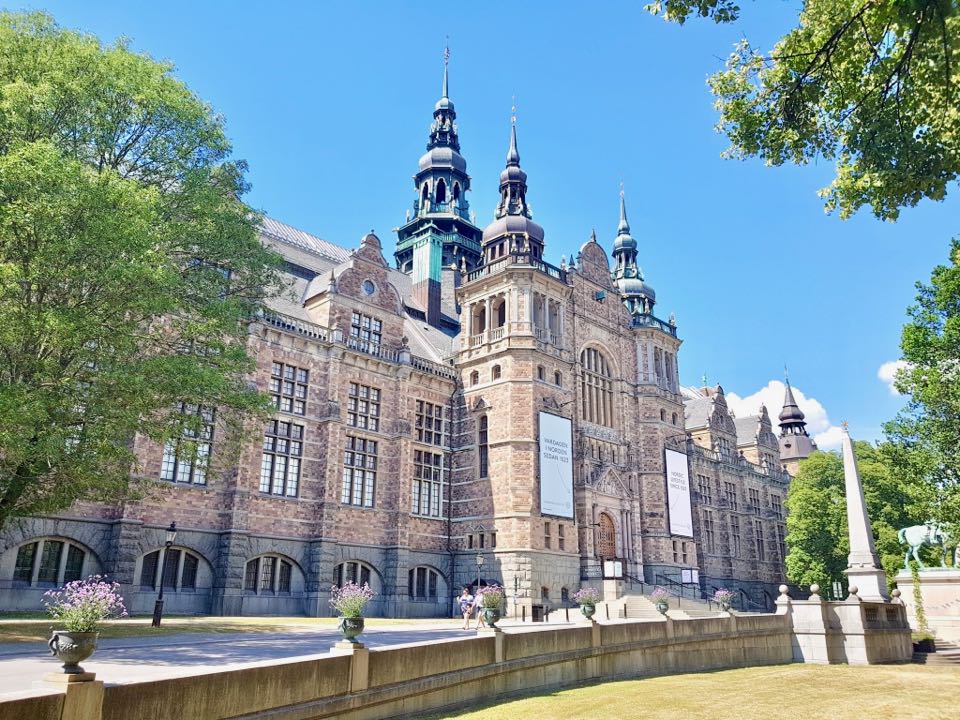 Feeling adventurous? Go on a self guided canoe trip in Sweden and navigate through the wilderness on the lakes!

Unique things to do in Stockholm in 2018

Being part of a larger archipelago has its advantages. Nature awaits and is literally just around the corner when you visit Stockholm. Rugged nature blends with beautiful islands, steep and rocky cliffs and sandy beaches. Just 20 minutes away from the city centre this world of nearly 30.000 islands can be found. The archipelago is one of the best places to see in Stockholm and easy to visit all year round. However, during the winter period routes depend on the ice conditions. This beautiful piece of nature is the perfect Stockholm tourist attraction for a day trip. Add some variety to your city trip and visit the archipelago. There are many tour operators that offer day tours and sightseeing tours to the archipelago from the city centre. 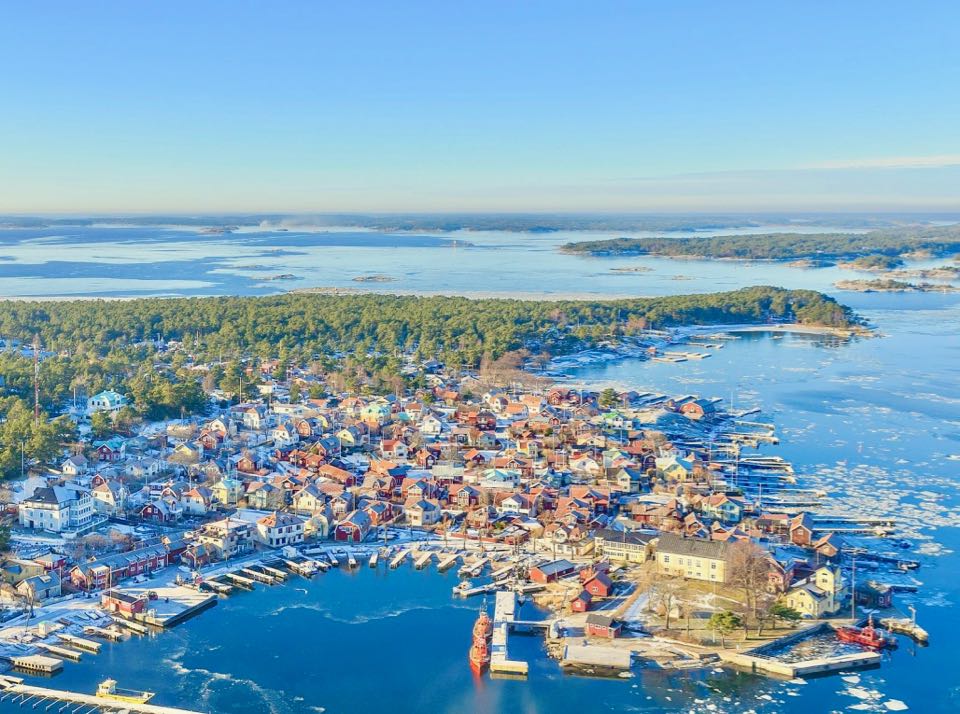 Gamla Stan is the oldest part of the city. Gamla means old and Stan means city, the old town of Stockholm is one of the largest and best preserved medieval city centers within Europe and a unique place to visit. This is where Stockholm was founded in 1252. Wandering through the streets feels like walking through an open air museum. Narrow winding cobblestone streets and buildings painted in many different colours. Gamla Stan has a unique character. 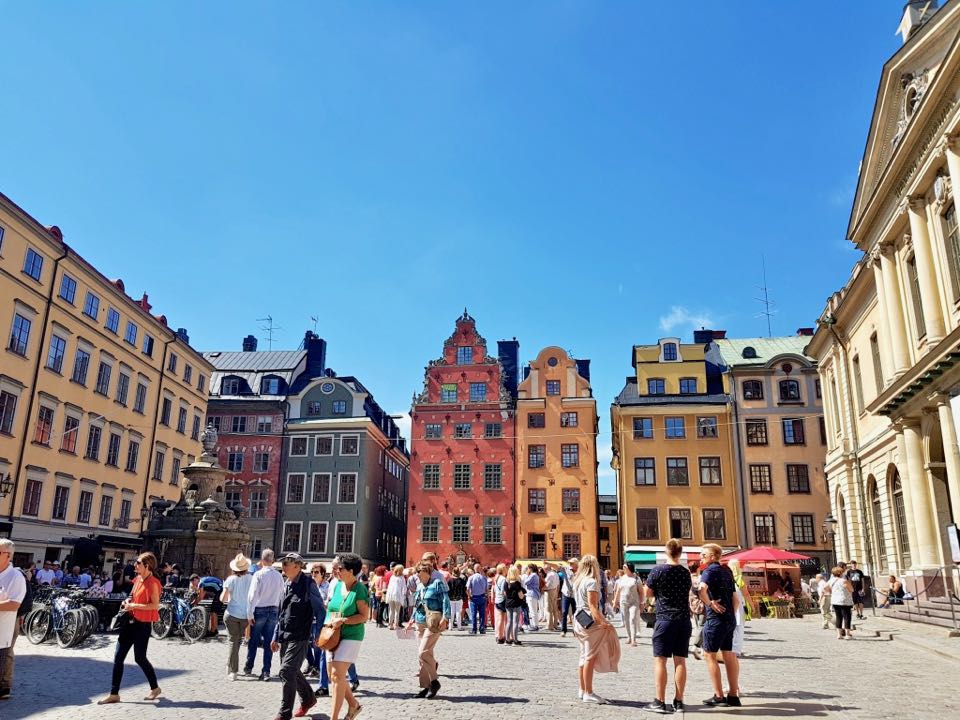 Many souvenir stores can be found here, just as some beautiful churches and museums. Also the Royal Palace is located in the old town. And not to forget, some of the best ice cream shops are found in the main street of Gamla Stan. Located right in the middle of Gamla Stan is Stortorget, the oldest square in Stockholm and a well known instagram spot in Stockholm.

3. Experience the Change of Guards Parade & The Royal Palace

Stockholm has a Royal Palace, which cannot be missed. It’s located in the old town, overlooking the city. The Royal Palace is the official residence of His Majesty the King of Sweden, covering over 600 rooms. It is one of the largest palaces in Europe, yes even bigger than Buckingham Palace in London, and can’t be missed if you are looking for the best Stockholm attractions. 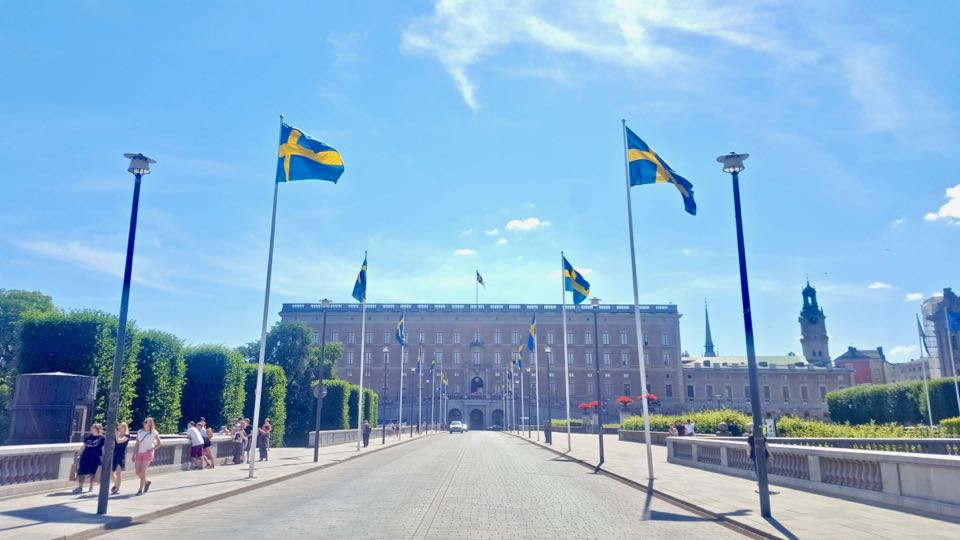 Changing of the guards happens daily during the summer months and is a very popular thing to see in Stockholm. Before the actual change of guards, the guards march through the city before arriving at the palace. The guards are accompanied by a military band. The parade takes about half an hour, the ceremony at the palace takes about 40 minutes. Make sure you arrive in time if you want good spots to see this unique tourist attraction. Great thing about all this it is free!

4. See Stockholm from a kayak

Stockholm is surrounded by water, which means you have to take advantage of it, especially when you visit Stockholm during the summer months. There are plenty of options and opportunities for you to hit the water. Rent a kayak, go for a paddle boat or choose a canoe. There are many places to see in Stockholm that you can go visit with a canoe. 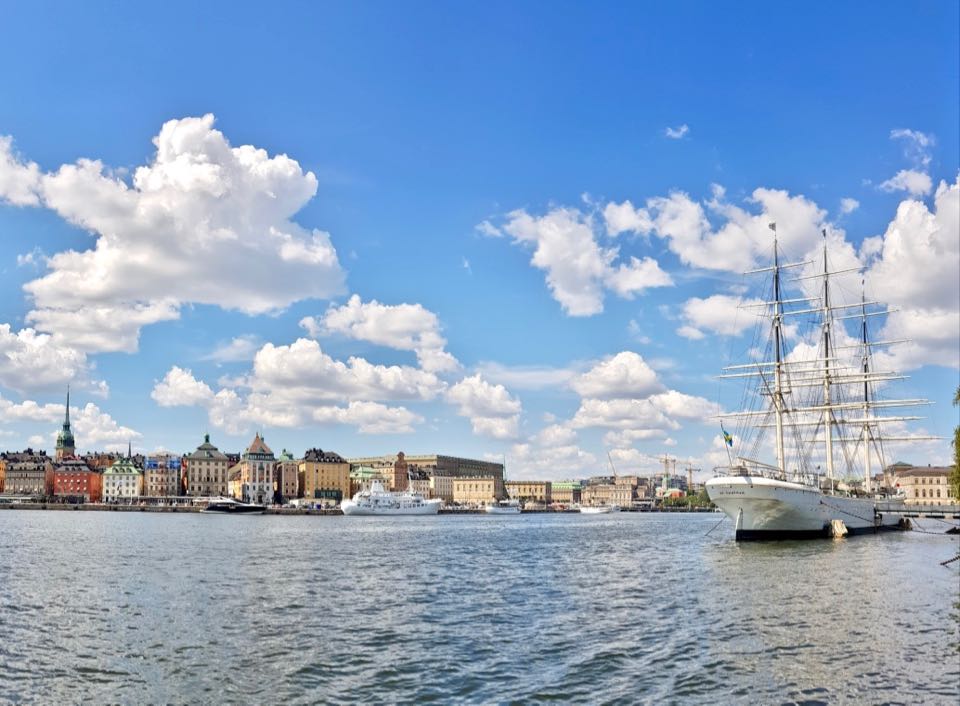 Whatever you’re after, Stockholm offers it. I decided to take the paddle boat out for a spin, a perfect activity on a warm summer weekend in Stockholm. Plus it gives you a different view of this lovely city. 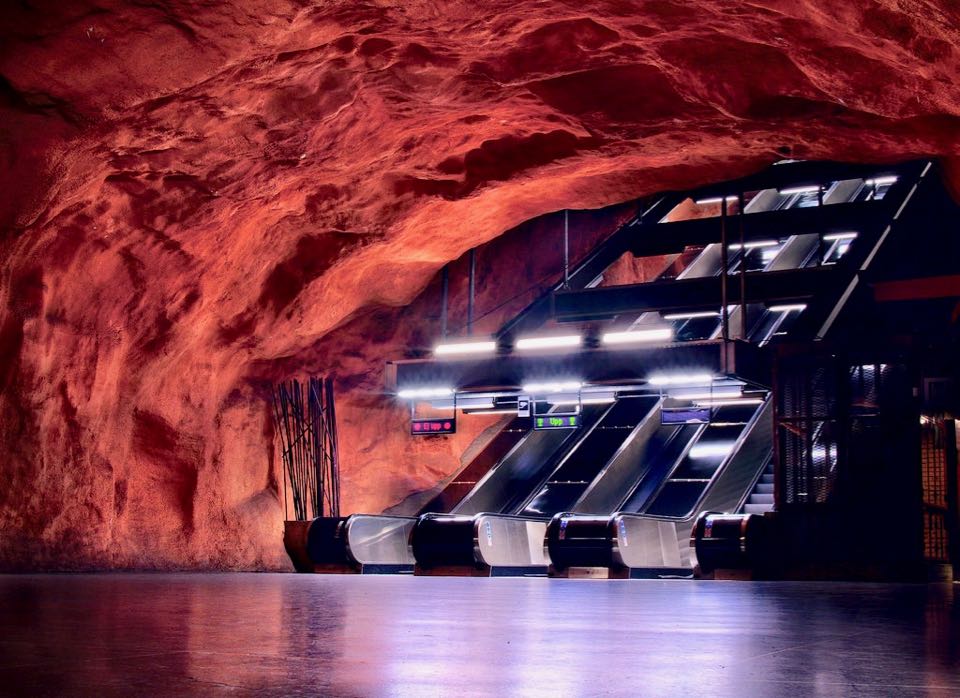 ABBA is part of Sweden, it’s Swedish history and are one of the most successful and famous pop groups in history. Everyone knows ABBA and can sing along with most of their songs. So, when visiting Stockholm, ABBA the Museum must be part of your itinerary. The museum is an interactive exhibition, showcasing ABBA memorabilia such as stage outfits, instruments, gold records and awards. 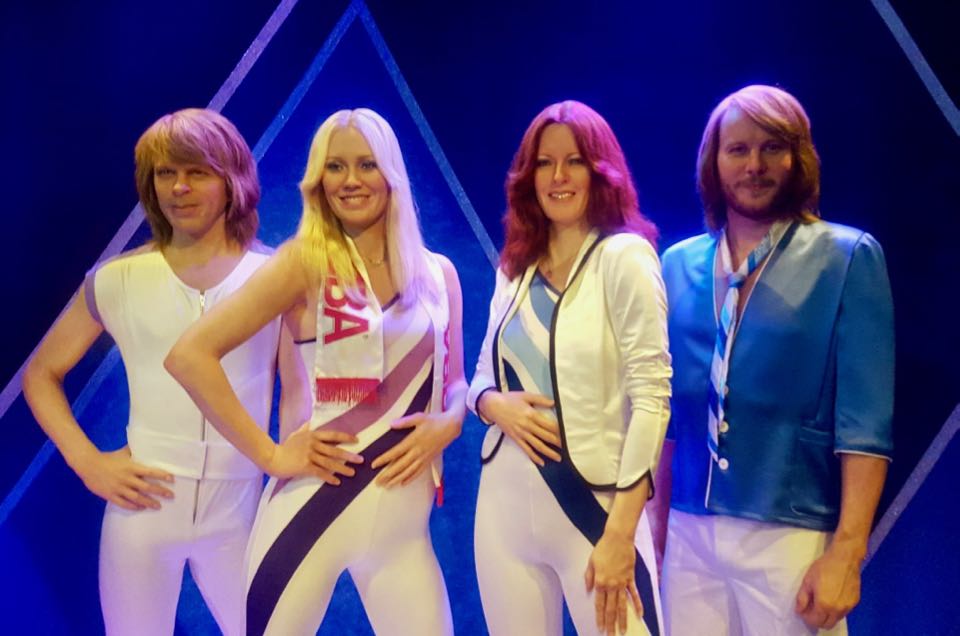 Did you know that Bjorn Ulvaeus and Benny Andersson, both members of ABBA, wrote most of their songs in a cabin located on the Stockholm Archipelago? Another reason to take a Stockholm city break.

7. Enjoy the floating bars of Strandvägen

Yes, Stockholm has a boulevard, and it’s called Strandvägen. It is one of the most prestigious places in town. It has a wide waterfront esplanade, where you can walk along many bars and cafes and some nice boats too. Even though it might be the most expensive street in the city, it is really worth having a drink on one of the many floating bars along this boulevard. You will quickly forget about your overpriced drinks when you enjoy a coffee in this awesome spot. When a weekend in Stockholm this is where you will find the Jetset of Sweden. 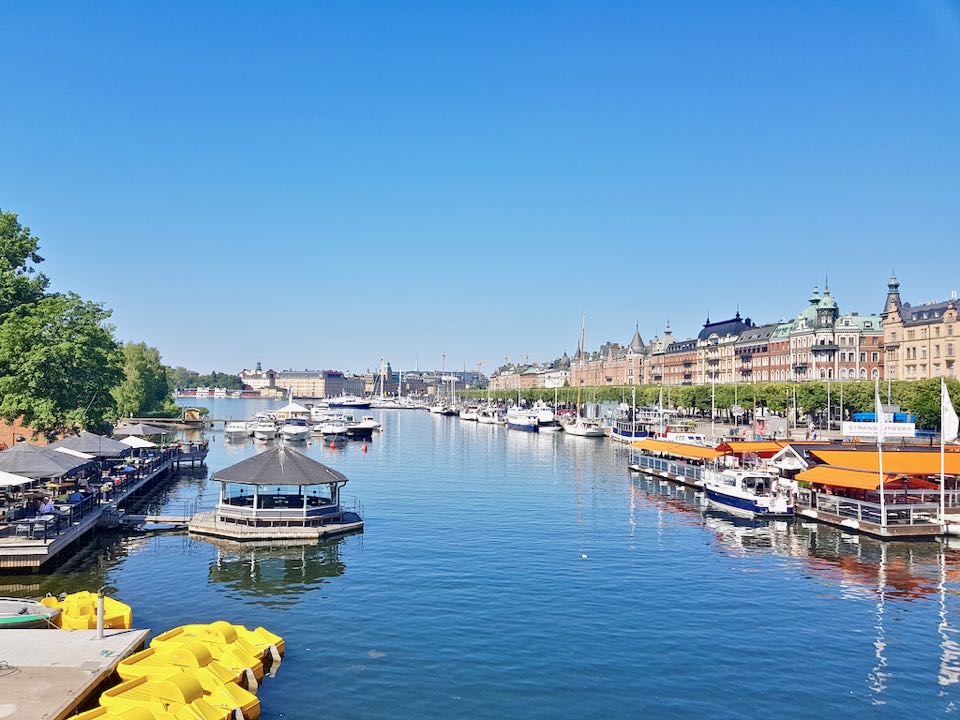 Some may like it, others won’t. Fact is this city has an amusement park located pretty much in the heart of the city. It’s not the biggest park, but still offers over 30 attractions and is one of those unique things to do in Stockholm. It’s located on a cool location as well. Most structures are old residential and commercial buildings from the 19th century. The park was built around the existing buildings which gives this place the extra unique feel. 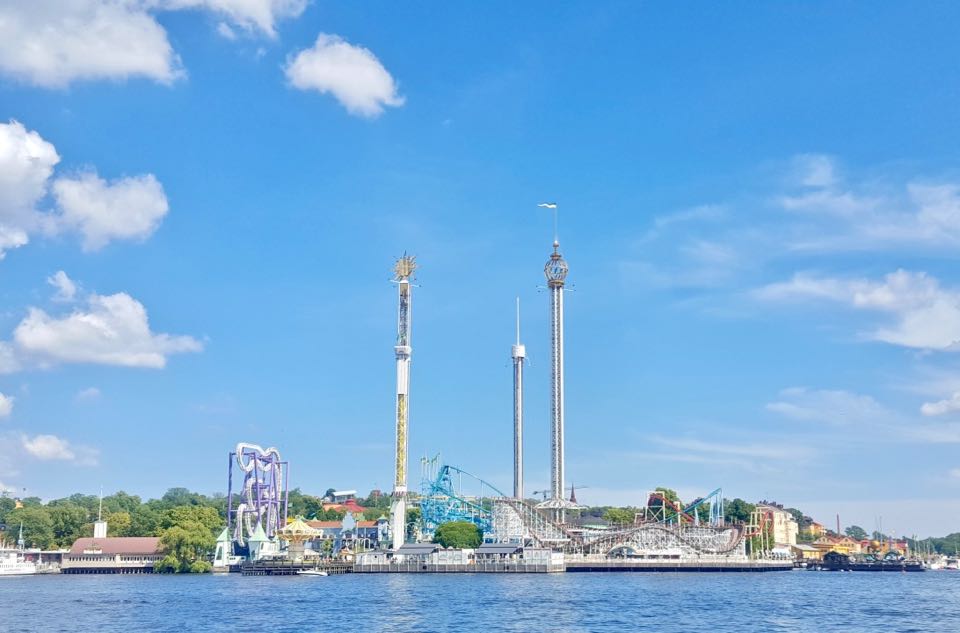 If you are looking for some cool places to stay in Stockholm then consider STF Jumbo Stay, at Arlanda Airport. This is not your standard Stockholm hotel, no it is a Boeing 747 Jumbo jet! Yes exactly, a hotel in an airplane. Originally built for Singapore Airlines, but nowadays you can stay here for as less as 40 euro per night. 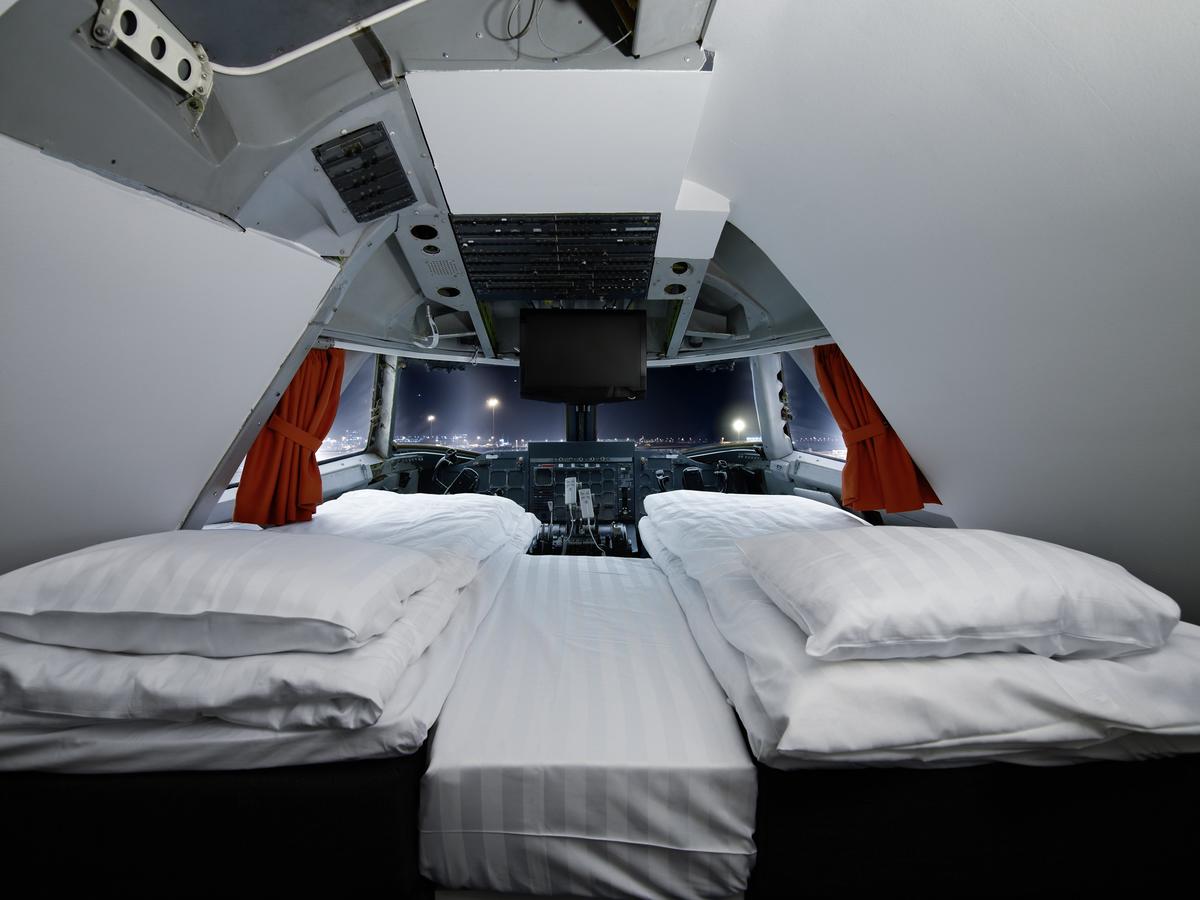 Downside of traveling to Stockholm?

Well, we all know Scandinavia is expensive. But it really is, damn this city is really expensive. Of course, you can make it as cheap or expensive as you would like. But compared to other European capitals a trip to Stockholm surely will hurt your wallet.

But please do not let this get in your way because the moment you visit Stockholm you will understand why this city is on most peoples bucketlist. 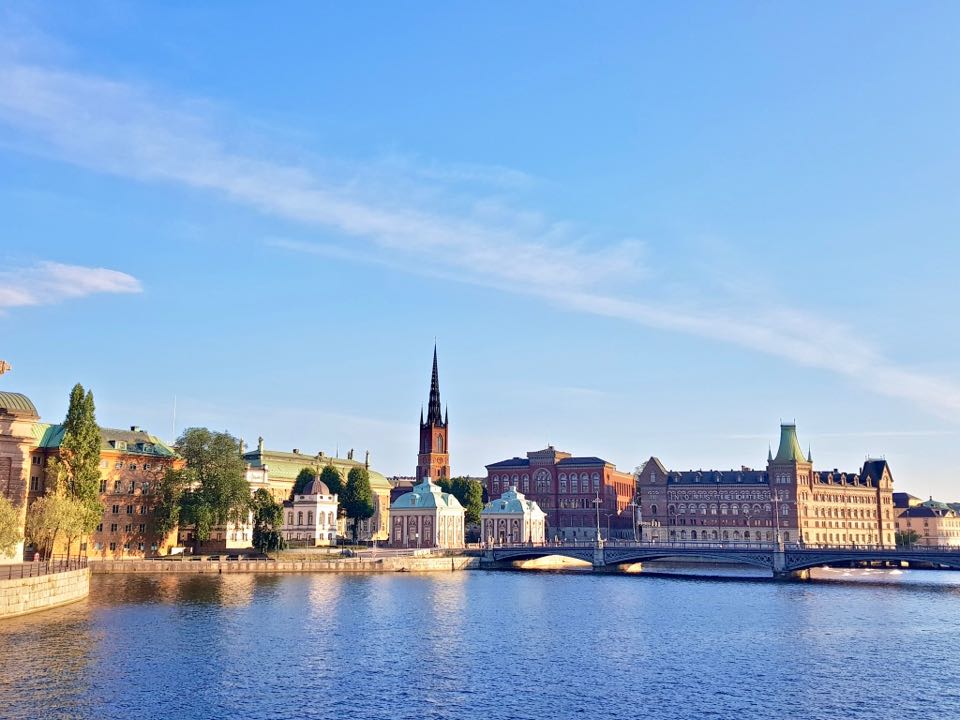 This Stockholm travel blog is created in cooperation with @travelashie. She spent some time in Sweden and found out what to do in Stockholm. All photos are taken by her and she came up with this list of Stockholm travel tips for Traveltomtom.

13 Travel Tips for a Weekend in Gothenburg