Why Qom is worth going 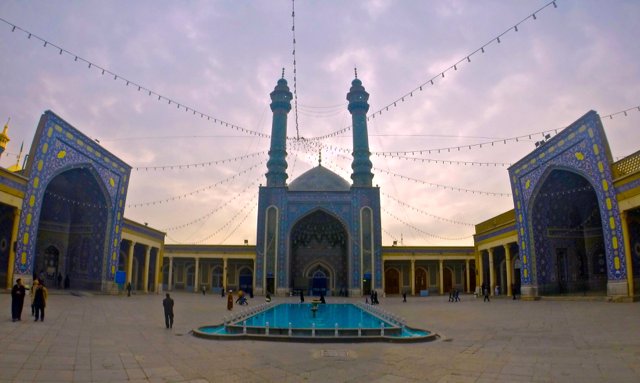 On our second day I travelled down South to the city of Qom. It’s not in everyone’s itinerary as the fast growing city is not really appealing. Though I think you should consider a stop here and head to the Hazrat-e Masumeh. I am still not really sure what it exactly is, but the guidebooks say it’s a shrine.

I would say it’s a huge mosque or at least a massive religious complex. It has various big courtyards that are surrounded by minarets in all directions. The building itself is covered with uncountable little blue, white and gold mosaic tiles and will amaze you for sure. It’s a stunning complex and I was deeply impressed and would not have wanted to miss this on my trip through Iran. 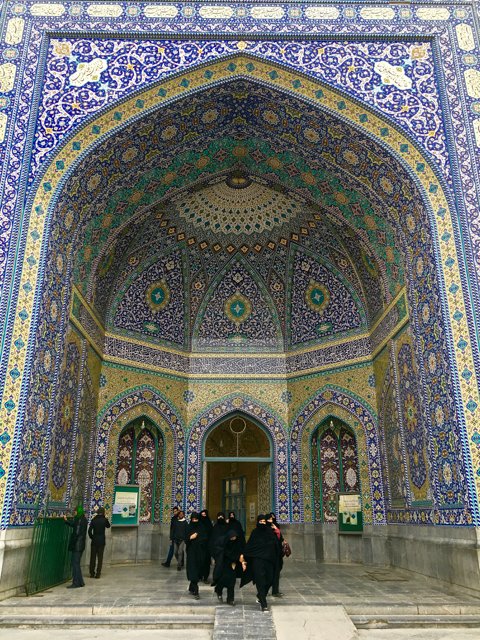 To get to the Qom from Tehran was pretty easy. Head to metro station Terminal E on the red line and you will encounter a huge bus station. Several buses head down South and are willing to drop you off in Qom for 70.000 IRR ($2) . Once you reach the bus station in Qom grab a taxi to the complex for 50.000 IRR ($1,5).

As it is only 1,5h by bus from Tehran its worth considering a daytrip. I stopped on my way from Tehran to Kashan. The guidebooks say don’t head to Qom on a Friday, I say head to Qom on a Friday! Since it’s the holy day for Muslims you avoid the horrific traffic in Tehran, which will make your trip way more pleasant. The best thing though is that you will get a real Muslim experience, as there are thousands of Muslims praying at the holy shrine. I found myself in and between groups of completely covered women dressed in long black chadors. For sure I was living a new experience! 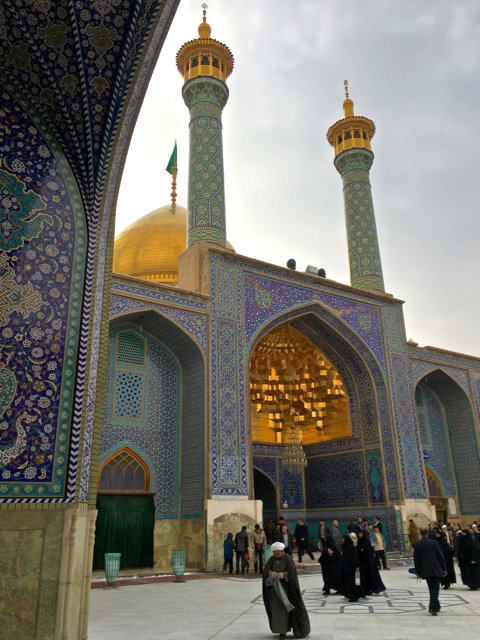 Remember that Qom is still one of Iran’s most religious and conservative cities. Be discreet and dress appropriate! In the complex there were a lot of people staring at me, as I probably was the only non-Muslim. Some looked like what-the-fuck are you doing here, mainly younger men my age, but most of them were just surprised they saw a non-Muslim. It did not feel intimidated at all; it’s a very peaceful place. 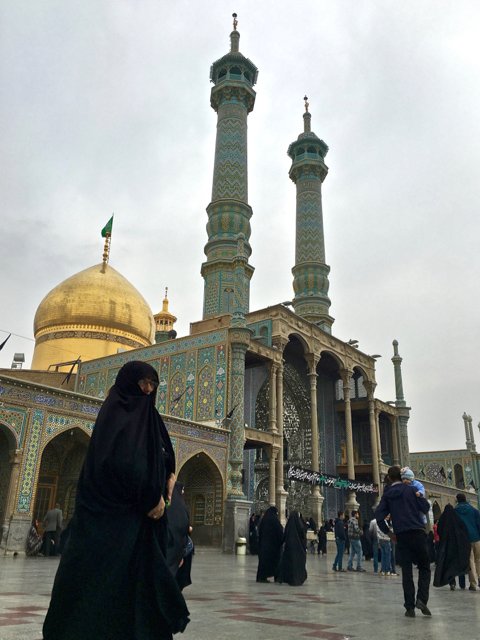 Keep in mind that it is not allowed to bring in bags. We headed to a hotel nearby and dropped our stuff in the lobby and then visited the sight in turns while the other one was guarding our stuff. Camera are allowed and taking pictures is no problem I assume as I even saw a group of conservative Muslims with a selfie stick. I took several pictures and even made videos. Take a look at my vlogs to see the video of my visit to the shrine in Qom. 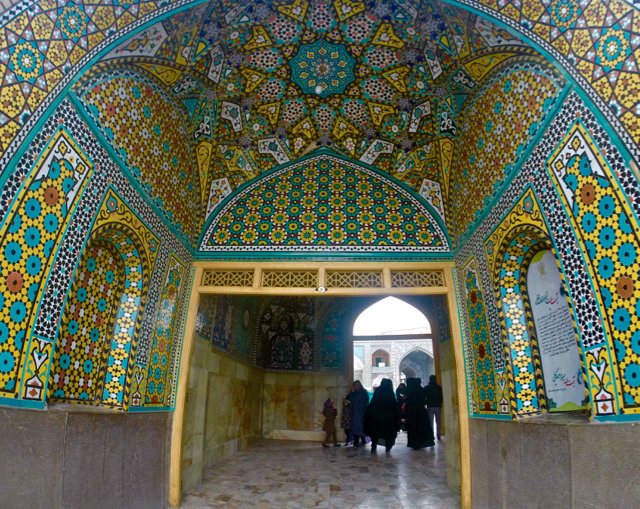 Buying a Sim Card in Dominican Republic in 2022

Buying a Sim Card in Paraguay in 2022

Buying a Sim Card in Colombia in 2022

Old Dubai Walking Tour | A Different Side of Dubai
Tweet