8 Must See Tourist Attractions on a Halifax Weekend 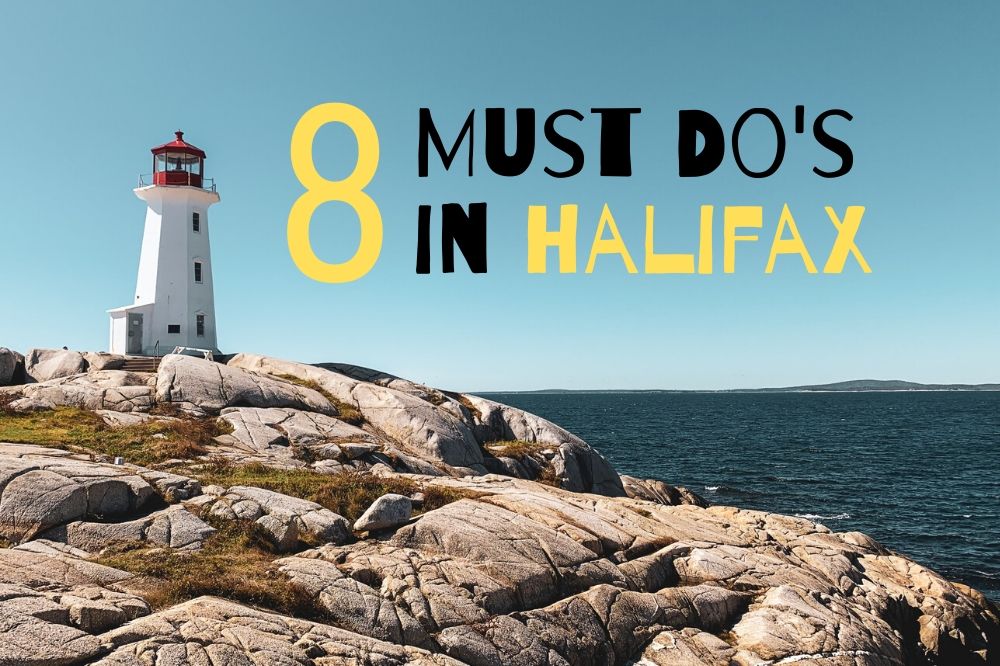 Travelling the East coast of Canada was one of the many trips I did last year. Only knowing the city in connection with the Titanic disaster was my main reason for to visit Halifax on the far North East of Canada’s coastline. A beautiful drive takes you from Quebec right to Halifax, where there are much more tourist attractions and things to do than just the Titanic stories.

Halifax is the capital of the Canadian province Nova Scotia. It is located in the center of Nova Scotia’s east coast and is an important seaport, overlooking one of the world’s largest natural harbors. Halifax is a relatively affordable city, providing a mix of Canadian history and modern living, constantly influenced by the ocean.

Halifax has some interesting attractions to offer, the most famous one being the Citadel. Also make sure you don’t miss out on the Maritime Museum of the Atlantic.

The weather in Halifax is strongly influenced by the ocean. Winters are mild and summers are cool. Halifax is often foggy and misty, having fog on more than 100 days of the year! Summers in Halifax are short but beautiful. I visited Halifax early October and had temperatures around 4 degrees. Freezing temperatures compared to the other parts of Canada I visited during this Indian Summer season. 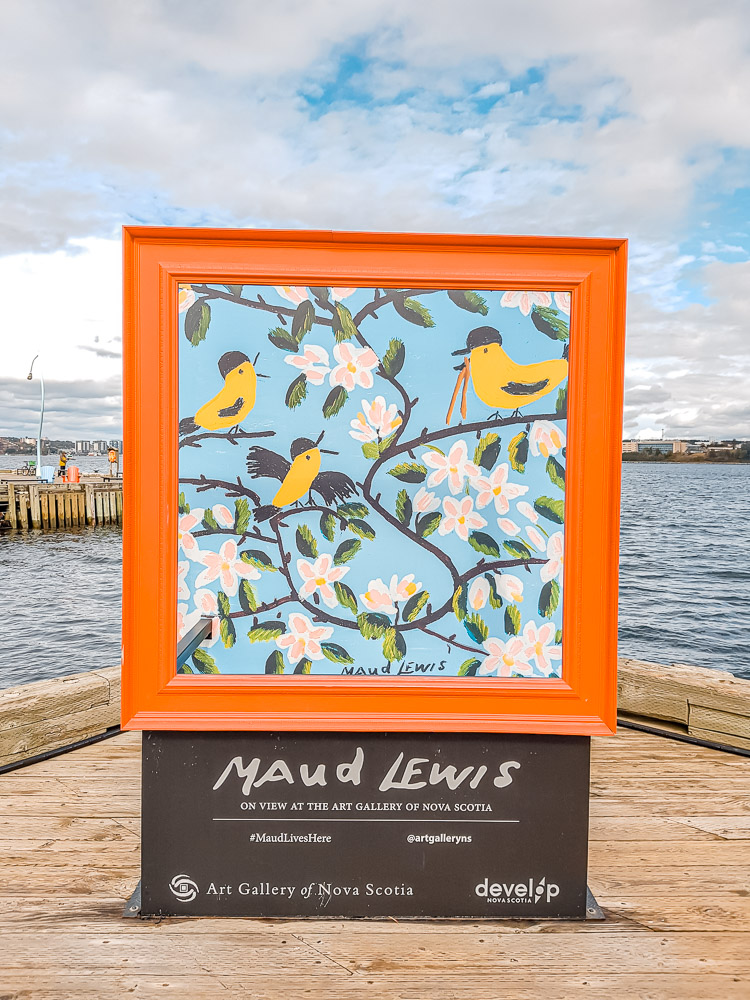 From May to the end of October Halifax is a very popular cruise destination, bringing a lot of tourists and visitors to the city. It also is the best time to travel to Halifax and to go sightseeing.

Must do's in Halifax

Overlooking Halifax and its harbor, it is obvious why this strategic hilltop location was chosen for the fort destined to protect the city of Halifax. Today the Citadel continues to watch over the city, now as a reminder of Halifax’s past, not as a military fortification. 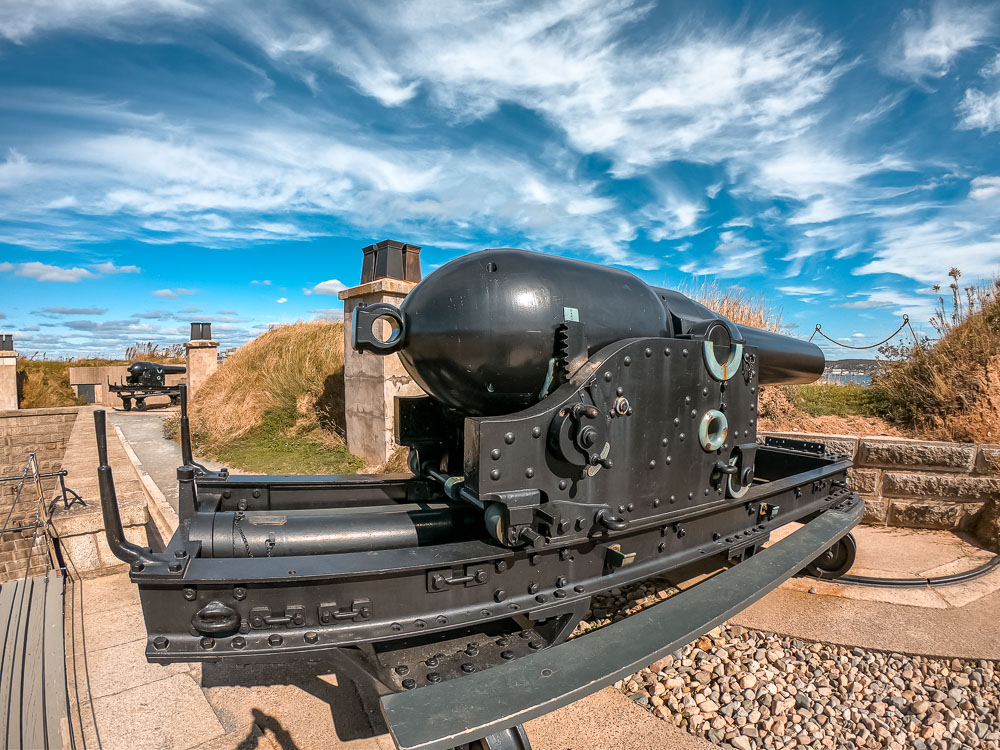 Visiting the Citadel is a must do when you visit Halifax. It gives visitors the opportunity to explore the history of the fortress and the soldiers who were stationed there.

One of the most recognizable Citadel Hill landmarks is the famous Halifax town clock. It has recently been completely renovated. 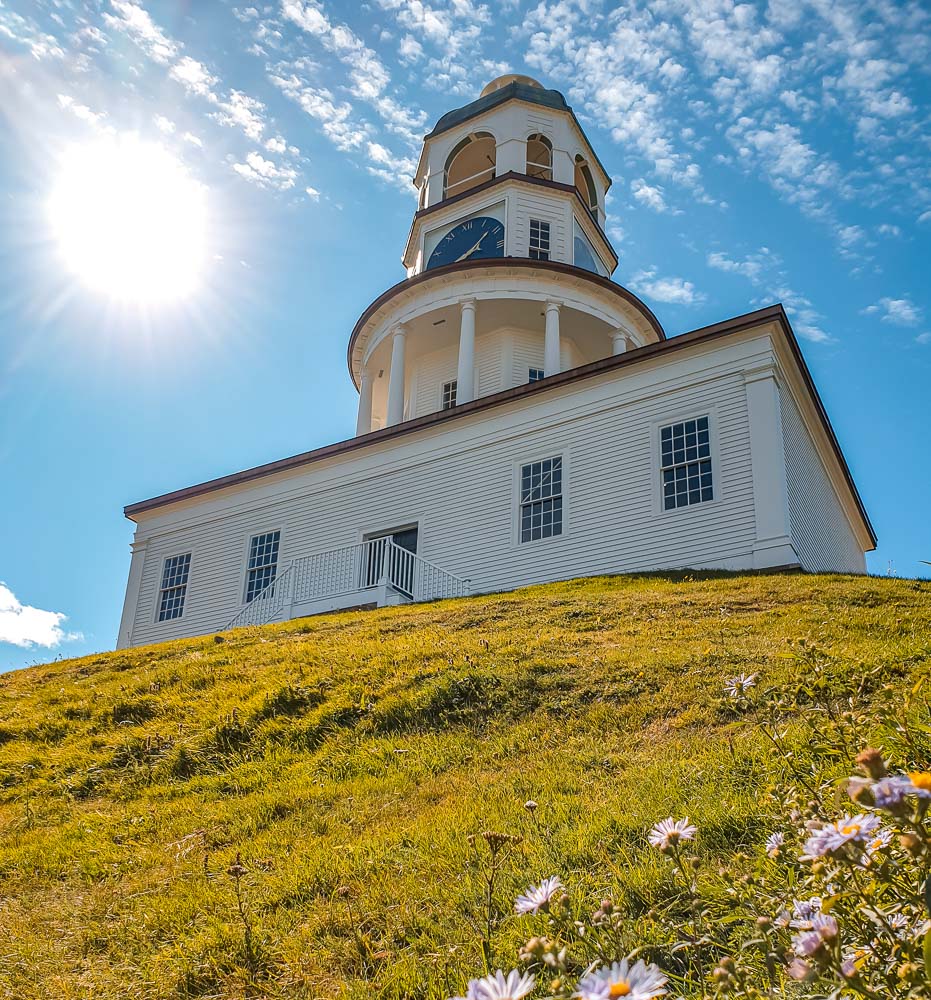 Alexander Keith’s Brewery was founded by Alexander Keith in Halifax in 1820. It is also one of the oldest working breweries in North America, and still located on its original location. Take the brewery tour and learn about the history of the brewery and Mr. Keith’s legacy, as well as a behind the scenes look at the brewing process. 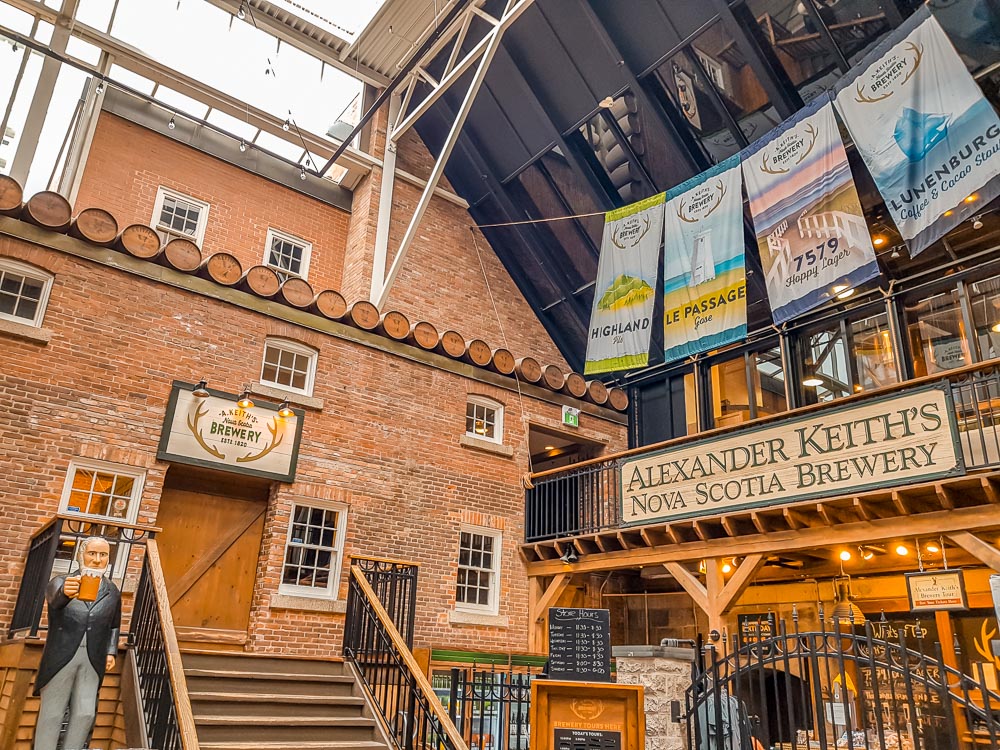 The Alexander Keith brewery tour is something you will not soon forget about. This tour wraps up in the historic pub, which used to be the brewery’s aging cavern. Here you get to try small samples of local and limited-edition beers, while enjoying live music from some of Halifax’s most talented young local musicians. Have a real Nova Scotian Good Time at this one of a kind brewery tour, one of the most fun things to do in Halifax.

Fun fact: A few years ago, a Halifax man who was scuba diving the ocean waters of Nova Scotia’s Northwest, found a beer bottle nearly as old as Canada, with a bubbly liquid inside that could be beer. This special bottle is now on display in the Alexander Keith Brewery. 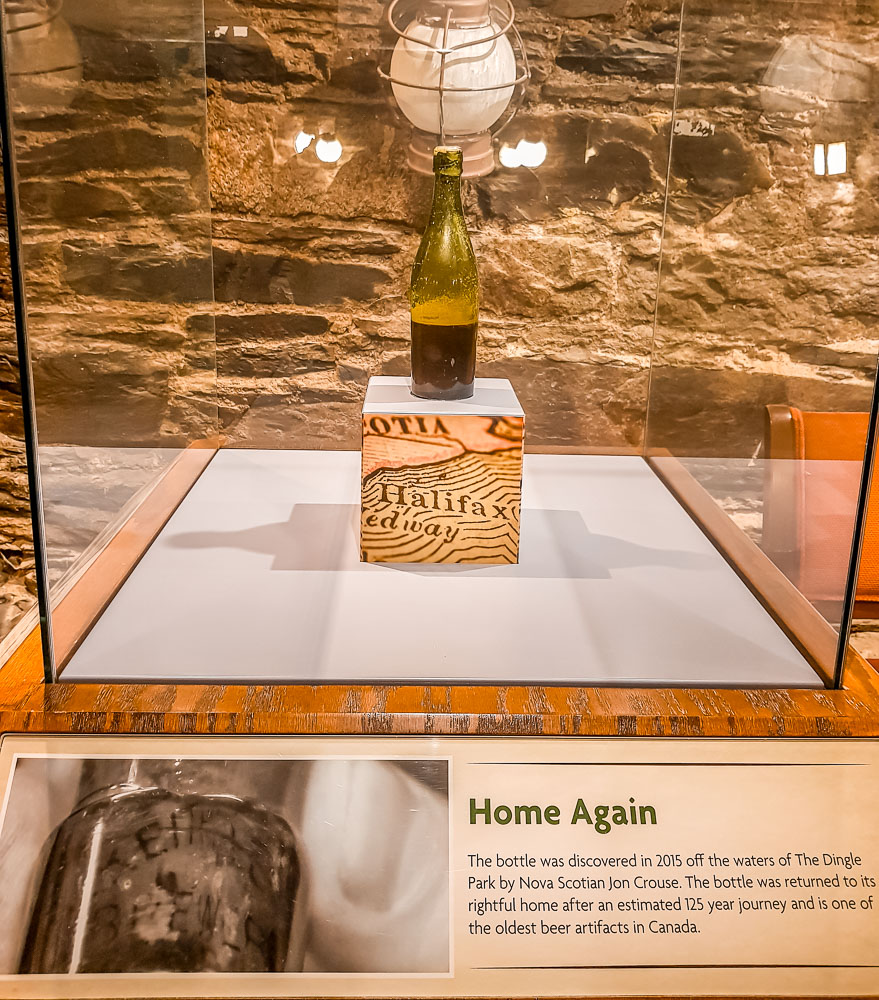 You can’t miss the Public Gardens when sightseeing in Halifax. They are the oldest Victorian Gardens in North America, officially opened in 1867. These gardens are located in the heart of downtown Halifax and are designated a National Historic Site of Canada in 1984. 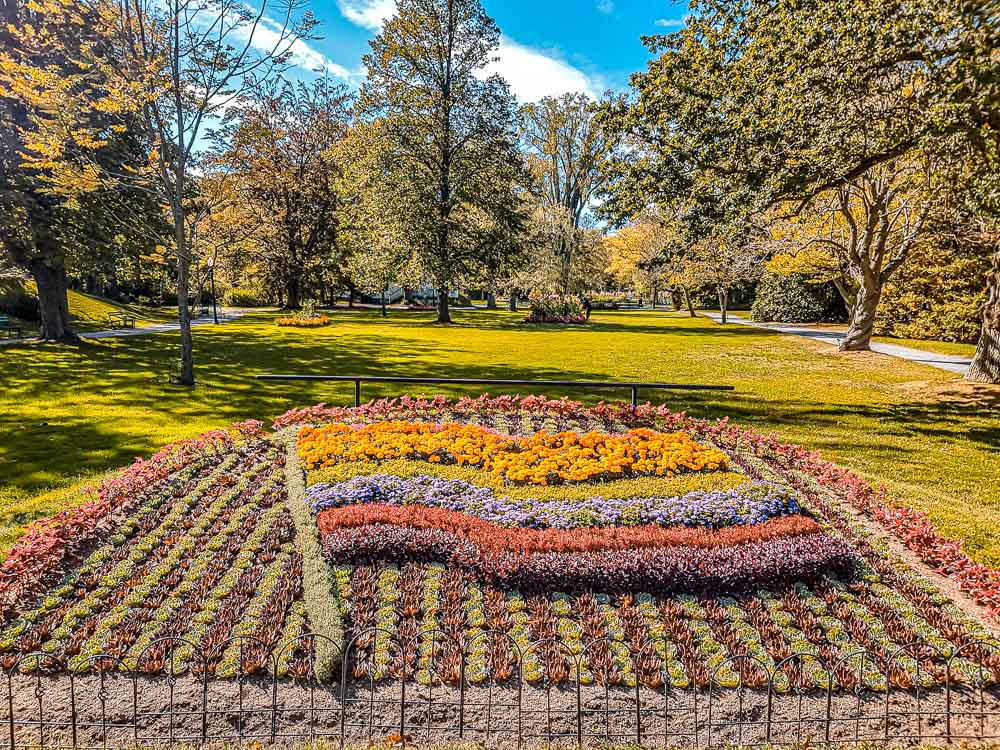 The gardens are located very close to the popular shopping district of Spring Garden Road and across the road from Citadel Hill.

The Halifax Public Gardens can be visited annually from May through to November. It’s a very relaxed and peaceful place to visit and to stroll around. Enjoy the many beautiful flowers, statues, fountains, ponds and bridges. It is one of the best free things to do in Halifax. 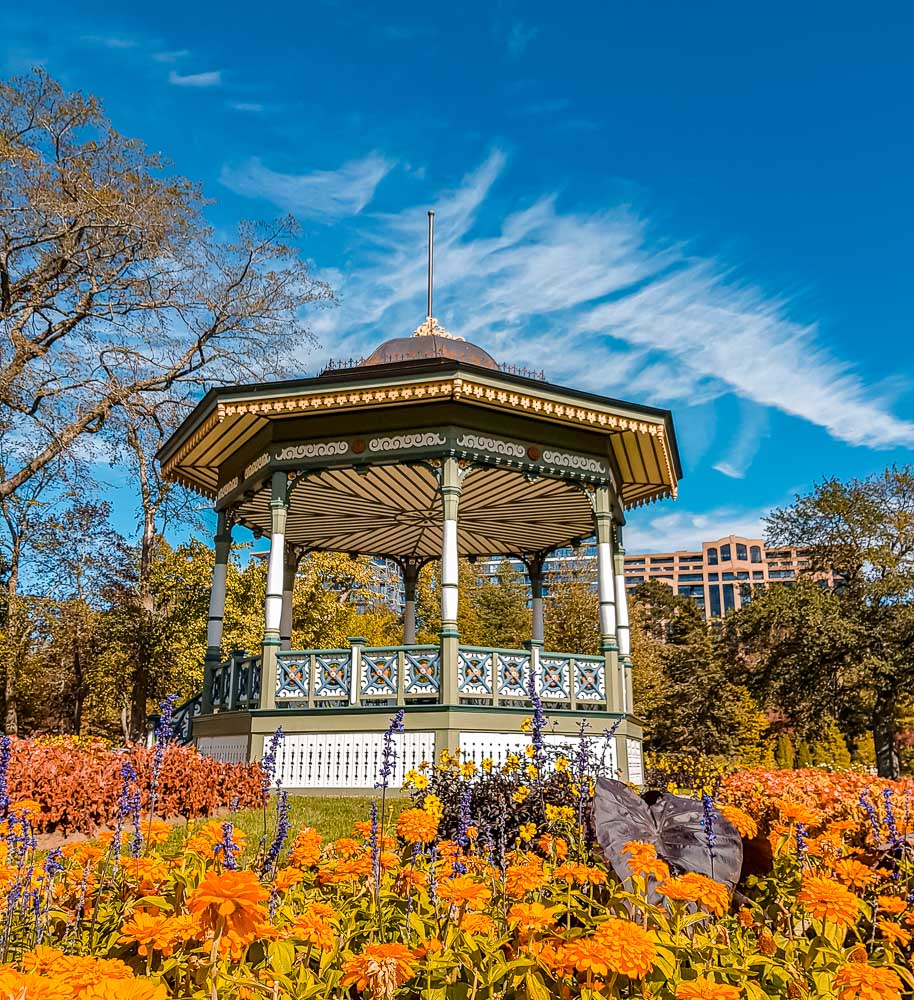 Everyone knows the story about the sinking of the RMS Titanic, which took place in the early morning hours of April 15, 1912. It was the largest ocean liner at the time, and the ship’s maiden voyage. It is considered one of the greatest marine disasters in recorded history.

Halifax has a connection to this disaster like no other! From Halifax ships were dispatched on a search and rescue mission. As they thought they were going to repair a ship that hit an iceberg. It actually became a recovery mission. Recovered bodies from the Titanic were taken to Halifax, survivors were taken to New York City on the ship Carpathia. 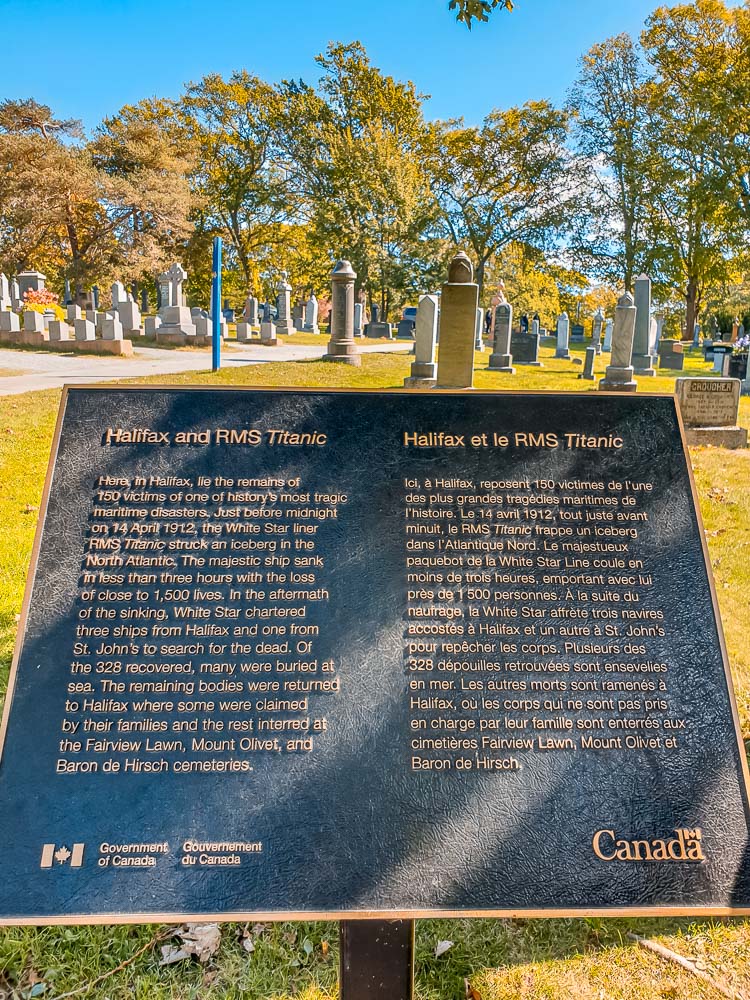 Therefore Halifax’s Fairview Lawn Cemetery is a must do in Halifax. It is now the final resting place for over one hundred victims of the sinking of the Titanic.

5. Maritime Museum of the Atlantic

This museum is located in the heart of city’s waterfront. One of my top recommendations when looking for Halifax attractions. Immerse yourself in the rich maritime heritage of Nova Scotia.

The Maritime Museum has a permanent display devoted to the Titanic. The museum has one of the world’s greatest collections of artifacts. Many of these items come from the crews of the ships that were sent out to recover the bodies. A very interesting display taking you on board of this massive ship.

There is also a very interesting permanent display on the Halifax Explosion. A disaster that hit the city of Halifax in 1917, when a Norwegian vessel collided with a French cargo ship, which was loaded with high explosives, causing a large explosion on the French freighter and devastating the Richmond district of Halifax. Approximately 2000 people were killed and about 9000 others were injured.

I probably liked this part of Halifax the most. The Salt Yard is an outdoor food court located on the Halifax Waterfront. The area includes about 16 small businesses, public seating areas and space for performances. Definitely a Halifax must see. Amongst the businesses is also the famous Beavertail, which you have to try when travelling through Canada.

It is the number one visited attraction in Halifax, the Waterfront, it’s worth a visit. Along this waterfront there is the Halifax harbor boardwalk. Walk the full 4km Waterfront boardwalk and discover many local sights, vendors, food and more! 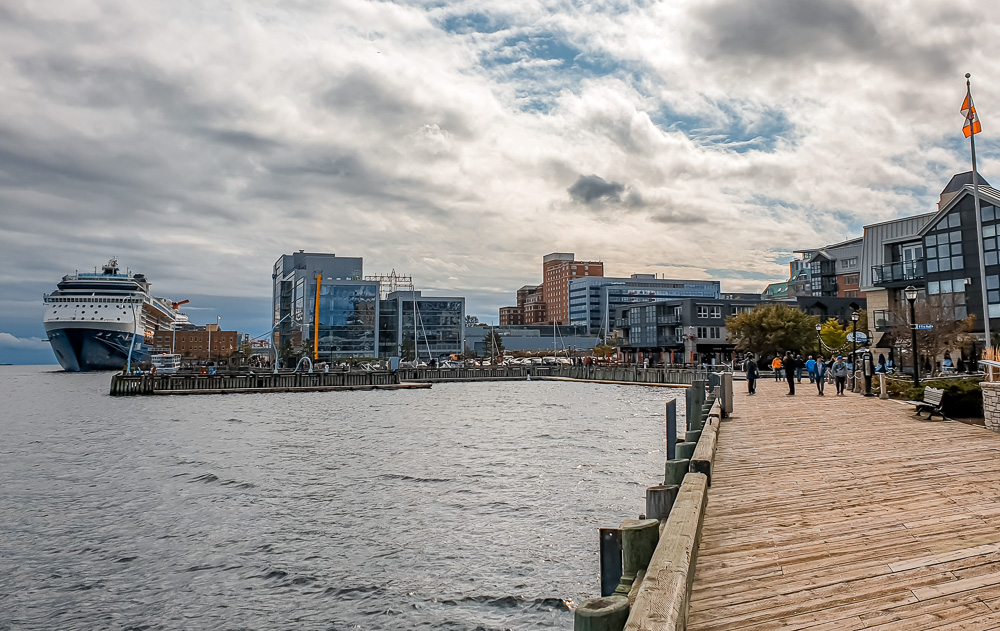 There is a lot to discover, waterfront beer gardens, hammocks and snack shacks, you won’t be bored walking along Halifax famous waterfront.

The Halifax Farmers Market is located in the Halifax Seaport and also known as the Halifax Seaport Farmers Market. It is the longest continuously running market in North America and hosting over 250 vendors. This alone makes it already one of the coolest places to visit in Halifax. When visiting the farmers market during the cruising season, have a good look around the big and tall cruise ships that dock right next to the farmers market.

Visiting Halifax and still looking for accommodation? Stop looking and have a look at the Residence Inn by Marriott Halifax. This hotel is centrally located in the business district in downtown Halifax and offers rooms and suites with fully equipped kitchens. They serve a complimentary hot breakfast, to kick start your day.

The Residence Inn is within walking distance from some of the best Halifax attractions. They also offer limited on-site parking on a first come first serve basis. Make sure to reserve your parking spot when booking your room, so you can leave your car when staying here and start sightseeing Halifax on foot.

Just a two minute walk from the Residence Inn you’ll find the Gahan House, my top recommendation when it comes to Halifax restaurants. They also brew their own beers. Offering a unique and relaxed atmosphere, delicious foods, handcrafted ales and great service, the Gahan House rapidly became the destination to meet up with friends and family in Halifax.

I visited Halifax early October, which to me felt like I visited just outside the high tourist season. It was very quiet, which I don’t mind. But also a lot of shops and restaurants were already closed for the season, which was a pity. I would recommend visiting Halifax during the summer months, you’ll have warmer weather and even more things to do. 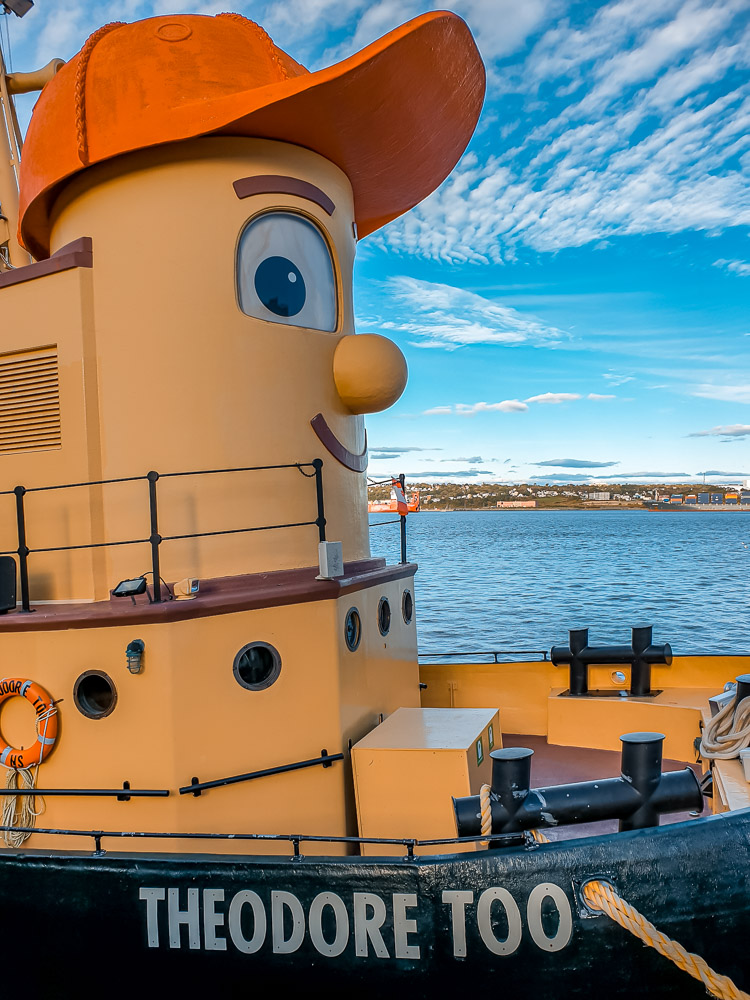 Halifax is best seen on foot. Leave your car at your hotel and go out and explore. Take a good look around you, Halifax is full of beautiful murals and street art, something I actually really like.

A very special thank you goes out to the team of Discover Halifax for hosting us in their cold but fun and enjoyable city!

Travel writer and Traveltomtom team member Ashley visited Halifax, while travelling through Canada on behalf of Traveltomtom and wrote this Halifax blog full of helpful tips about her stay there. Here are some more of her blogs from this trip: helicopter flight over the Niagara Falls, the most photographed hotel in the world or her 3-day Ottawa travel guide and the amazing Arowhon Pines Resort.

5 Reasons to Visit South Limburg | Who said The Netherlands is flat?