Brazil Should Be On Your Radar For The Next Big Journey

Brazil is both adorned with natural beauty and filled with alighted cityscape—and not just in Rio de Janeiro. With over 2,000 beaches along the Eastern coastline facing the Atlantic Ocean, the Amazon to the East, and thousands of miles of diverse ecosystems in between, one of the largest countries in the world by landmass can offer endless amounts of exploration opportunities. And now, assisted by a new tourism initiative by the Brazilian government, arriving there, as well as staying there for a comfortably long time, is easier than ever.

Completed online in fifteen minutes at most, the Brazil eVisa for US citizens process grants potential American travelers a 90-day, multiple entry visa valid for two consecutive years. This makes it easy to plan future travel arrangements within a very flexible window, and allows US citizens the benefit of a hassle-free trip through customs into Brazil, regardless of where or how they enter the country. This can be relieving for those who do not speak Portuguese, and can even entice some to reconsider Brazil as an exciting tourist or vacation destination.

Regardless of the season in which one wants to travel, Brazil can offer something for those yearning for adventure, in both urban and environmental settings. Contrary for popular belief, Rio de Janeiro and Sao Paulo are not the only cities in Brazil with an alluring nightlife and eccentric activities to choose from. For a more localized, authentic urban experience, here are two of the most interesting cities that should be on your shortlist when on a tour of Brazil. We’re talking about Porto Alegre and Recife, maybe not the most popular, but you won’t regret to try them.

At 192 square miles and just over four million people, Porto Alegre is hardly ever heard of in popular culture. Yet, Port Alegre is the capitol of the Rio Grande de Soul and contains a surprisingly large number of cosmopolitan options. In addition, the coastal city sports over 175 tree species, making it one of greenest cities in Brazil with some of the most diverse flora. Sitting adjacent to a beautiful ocean coastline lies dozens of streets of beachside bars and nightclubs. A veteran traveler would be hard pressed to not find many interesting things to do here. 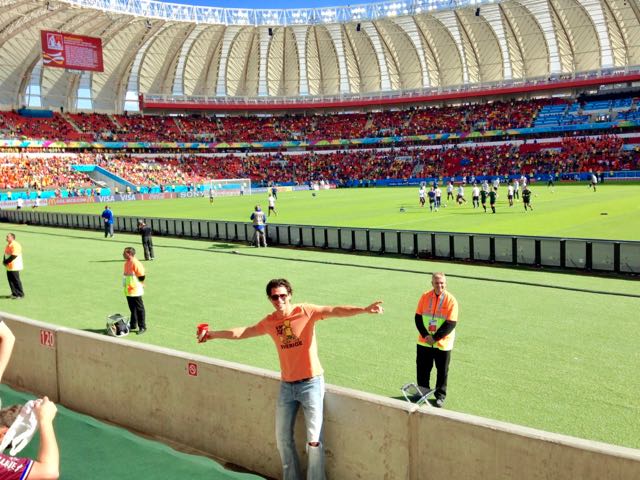 Recife can doubtlessly provide an adventurer with at least a weekend packed with excitement. The principal city in Pernambuco and the fourth largest city in Brazil by population, Recife has centuries of rich history undergirding its unique Brazilian culture and vivacious nightlife. In addition to a bustling metropolitan area, this city is rife with cultural significance. To highlight this, it possesses a number of impressive museums, including the Instituto Ricardo Brennand.

This museum explores many sides of the cities history, including the Dutch colonization period as well as the culture of its original inhabitants. The museum is split into two buildings: one showcasing the fine arts of its varied periods, and the other showcasing its history of weapon manufacturing. Other museums, such as the Embaixada de Pernambuco, displays the history of the entire region, not just Recife. Outside

My most visited countries