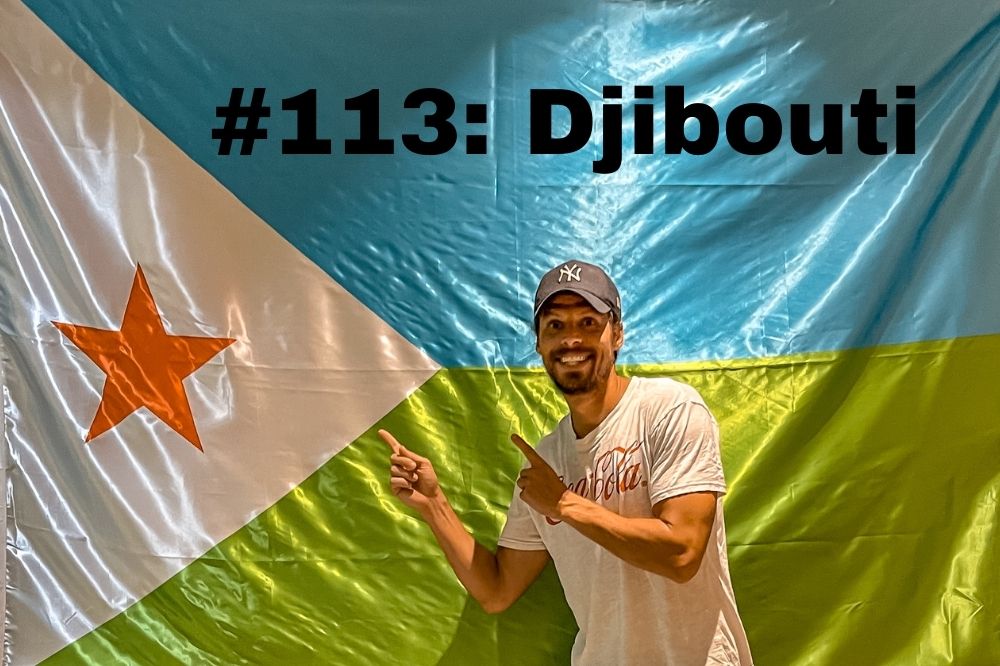 Completely unexpected Djibouti ended up being my last country on my big Africa trip. Because I was refused at the Ethiopian border I had to come up with an alternative and flew from Nairobi, Kenya to Djibouti, my first flight since South Africa. It marked the end of my Africa overland trip! I arrived on Djibouti’s 44th birthday on June 27th, Independence Day in Djibouti.

Related: more stories from my road to visit every country in the world!

A couple days before the trip I posted on Instagram if anyone knew anyone that knew someone in Djibouti. Some local help would be cool in this totally unknown country to most people, because who even knows Djibouti is a country? Most Western people literally have no clue I can tell you.

Totally understandable to me, Djibouti is the 8th smallest country in Africa and located in a completely unknown region to most travelers. The horn of Africa is not particularly a holiday destination and actually is regarded as unsafe. 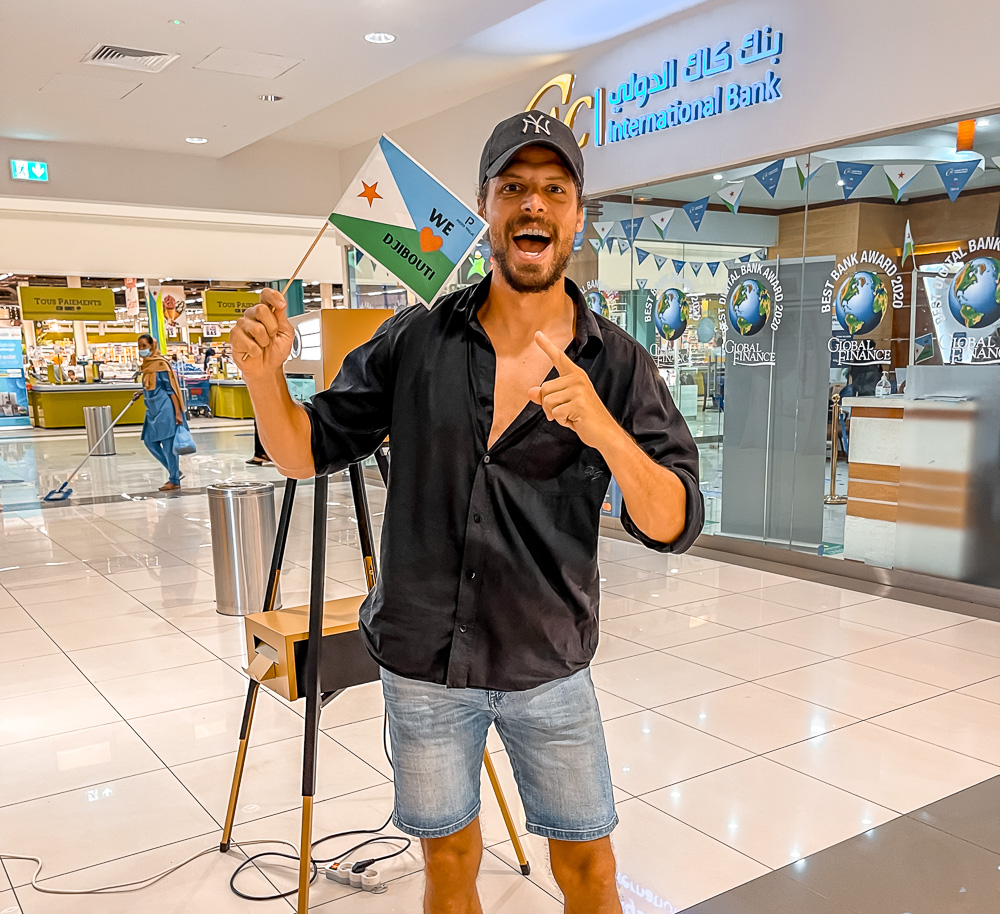 However, that of course is again one of those myths from the Western media and governments. I did not feel unsafe for a single moment visiting Djibouti. Not walking the streets at night, not going to a local gym, not taking random taxis, not watching a football match on the beach, not eating a local restaurants, nor driving through the small narrow streets of the capital Djibouti. Is traveling to Djibouti safe? Well, if you ask me I say: YES! 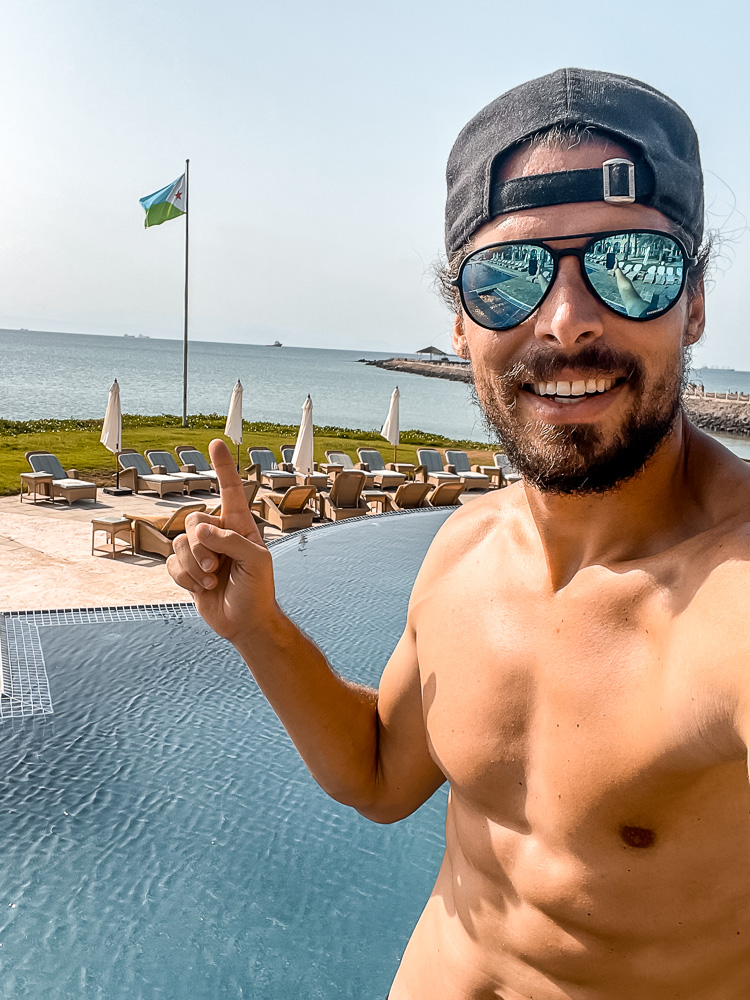 Djibouti in summer is NOT the best time to visit 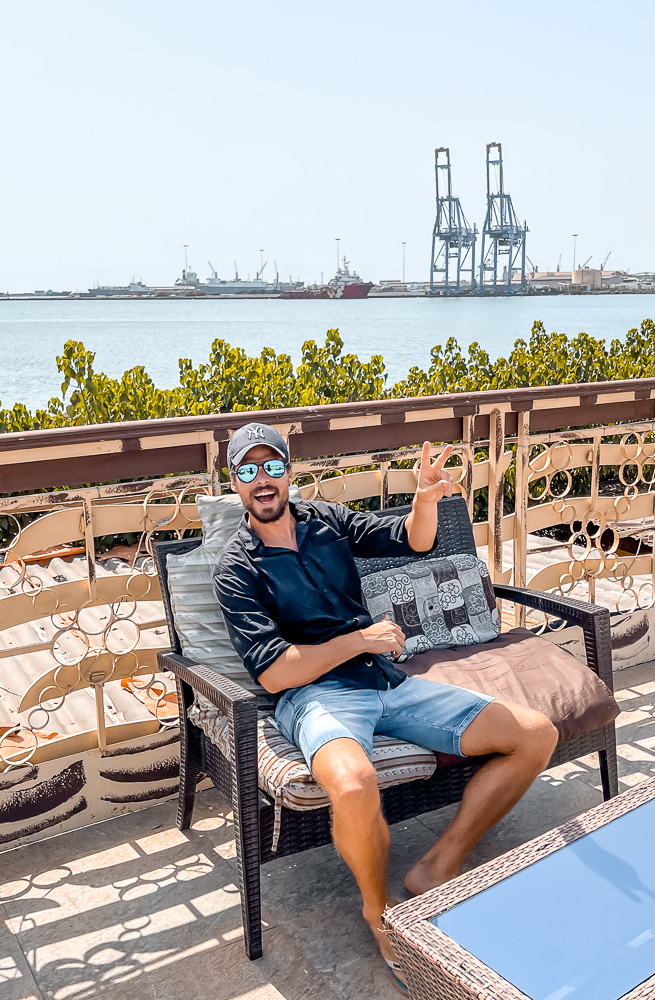 Life in Djibouti is very slow paced and I am sure that also had to do something with the temperature, as when I was visiting end of June I was experiencing 40 degrees Celsius, almost 100 Fahrenheit. It is located on the Red Sea and most of the country is desert.

In normal times there are already very few people that visit Djibouti for tourism reasons, add up the hot temperatures in summer, the extremely high prices and of course the global pandemic and you can imagine that most local people raised their eyebrows when I told them I was visiting Djibouti as a tourist.

Yes, Djibouti is a fairly expensive country, especially when it comes down to tourism. There are a couple things to do in Djibouti for tourists, which in fact are actually totally worth it. At least from what I have heard of and seen on the internet, because I didn’t go on any tour in Djibouti nor went to some of the best places to visit in Djibouti.

On my Djibouti trip I only visited the capital for 3 days. The reason? Bad timing I would call it.

When visiting Djibouti buy a local sim card! It is the easiest, fastest and cheapest way to stay connected, here are my tips: buying a sim card in Djibouti.

Best places to visit in Djibouti

Many years ago, the days before my severe ear problems and while still scuba diving around the world, Djibouti was on my bucketlist to come dive with whalesharks. One of the best places to visit in Djibouti and the main tourist attraction of the country are the Maskali and Moucha Islands, just 1 hour off shore from the capital.

Unfortunately because of the off-season combined with the pandemic, there were only tours to the islands during the weekends and I arrived on a Sunday evening. I told you bad timing! You can charter a boat for about $250, but then what? Going to the islands on my own? Little bit of snorkeling around, flying the drone and then back?

Trust me I have been on a ton of island hopping tours around the world, no need to spent that much money for a private tour. May be some day I will come back and actually swim or even dive with whalesharks in Djibouti. 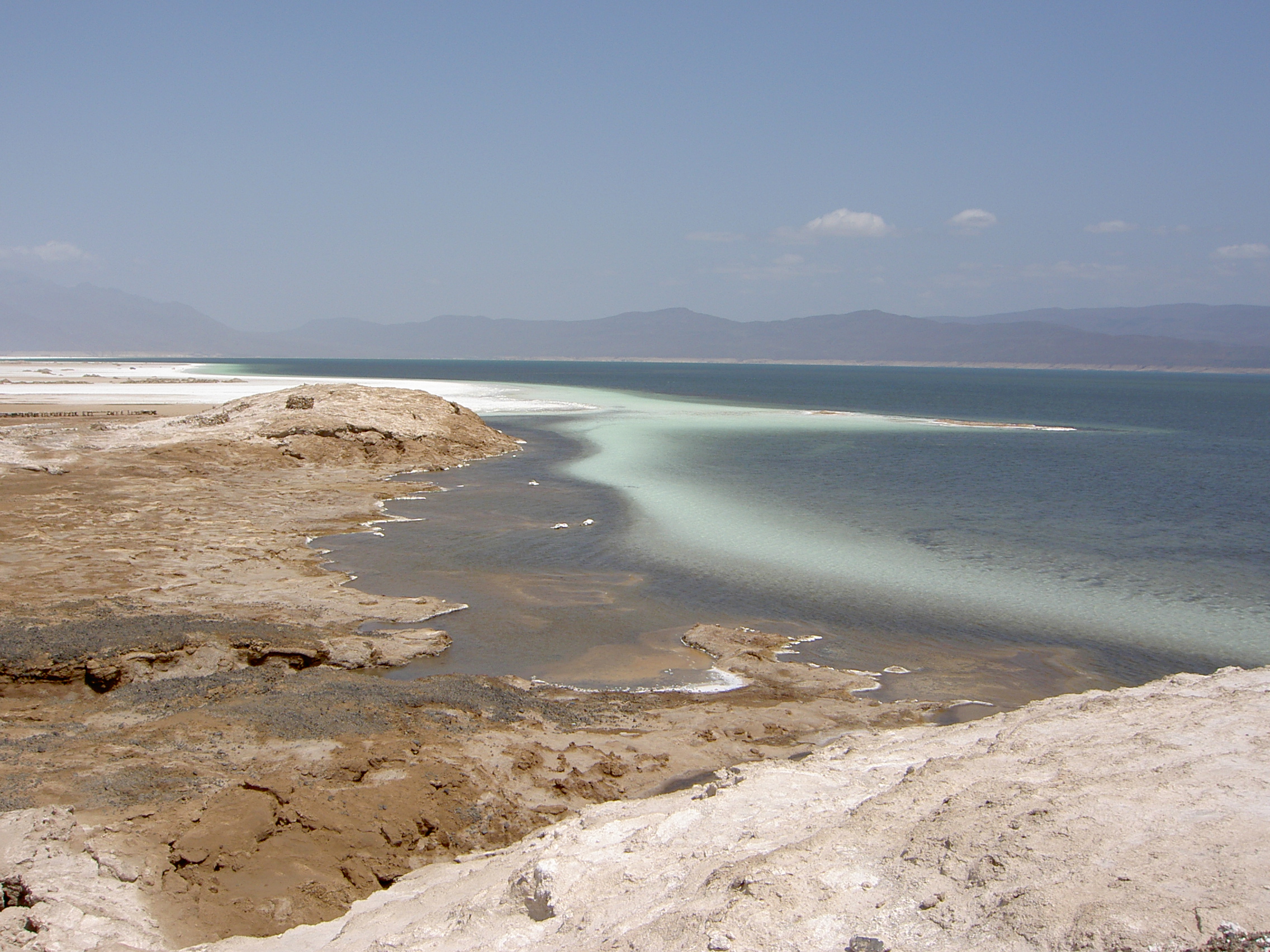 The same for visiting Lake Assal and Lake Abbe. Although Lake Abbe is apparently a super unique place to visit in the world, it also is super expensive. A tour to Lake Abbe is easily costing you $600 USD. Yep! You read that right. It is located on the Ethiopian border on pretty much impenetrable terrain. It is often referred to as moon landscapes. Lake Abbe is a kind of Yellowstone meets Monument Valley, end of the world place.

Lake Assal is about 2 hour drive from the capital Djibouti and seems like an easy place to visit in Djibouti I would say. Roads are well constructed and paved and even lead through a gorgeous canyon with cool viewpoints. I really wanted to do this Djibouti tour however, there were only private tours available and they charged around $200. The water in Lake Assal in summer is VERY HOT, almost impossible to go in and the temperatures these days can rise up to 50 degrees (120 F) during the day.

I really would have loved visiting Lake Assal, but paying $200 to mostly just sit in the AC in the car and get out quickly for some photos wasn’t worth it to me.

So what did I do in Djibouti? 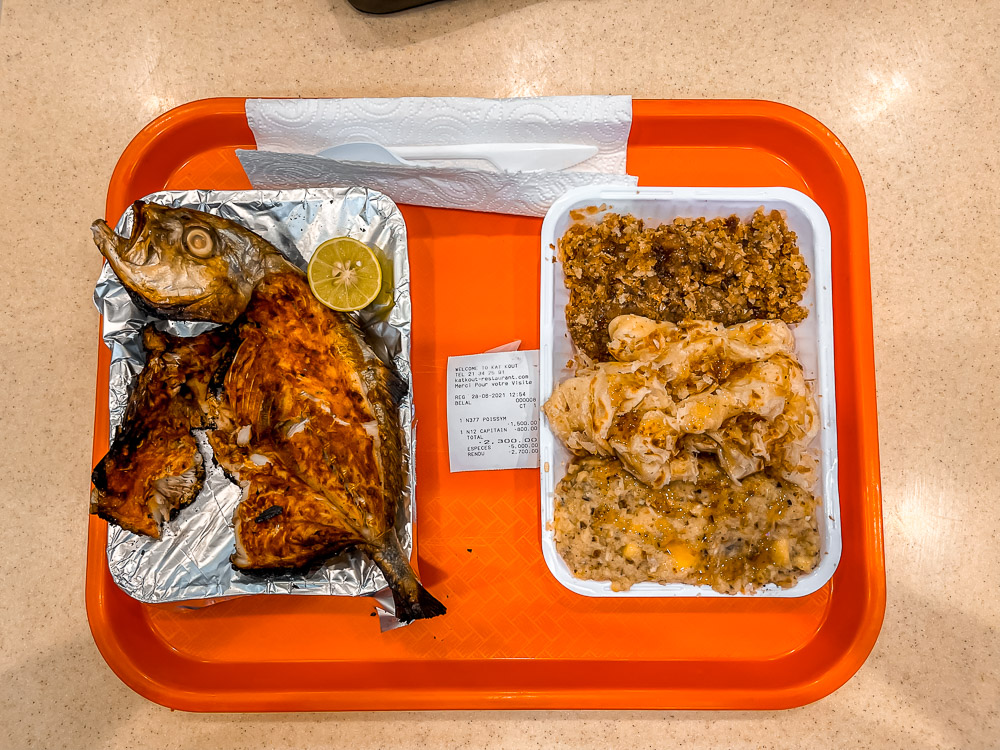 While boarding my flight I met a lovely lady overhearing my conversation about me visiting Djibouti for the first time in my journey to visit every country in the world. She came to say hi, coincidentally sat next to me on the plane and we instantly became friends. 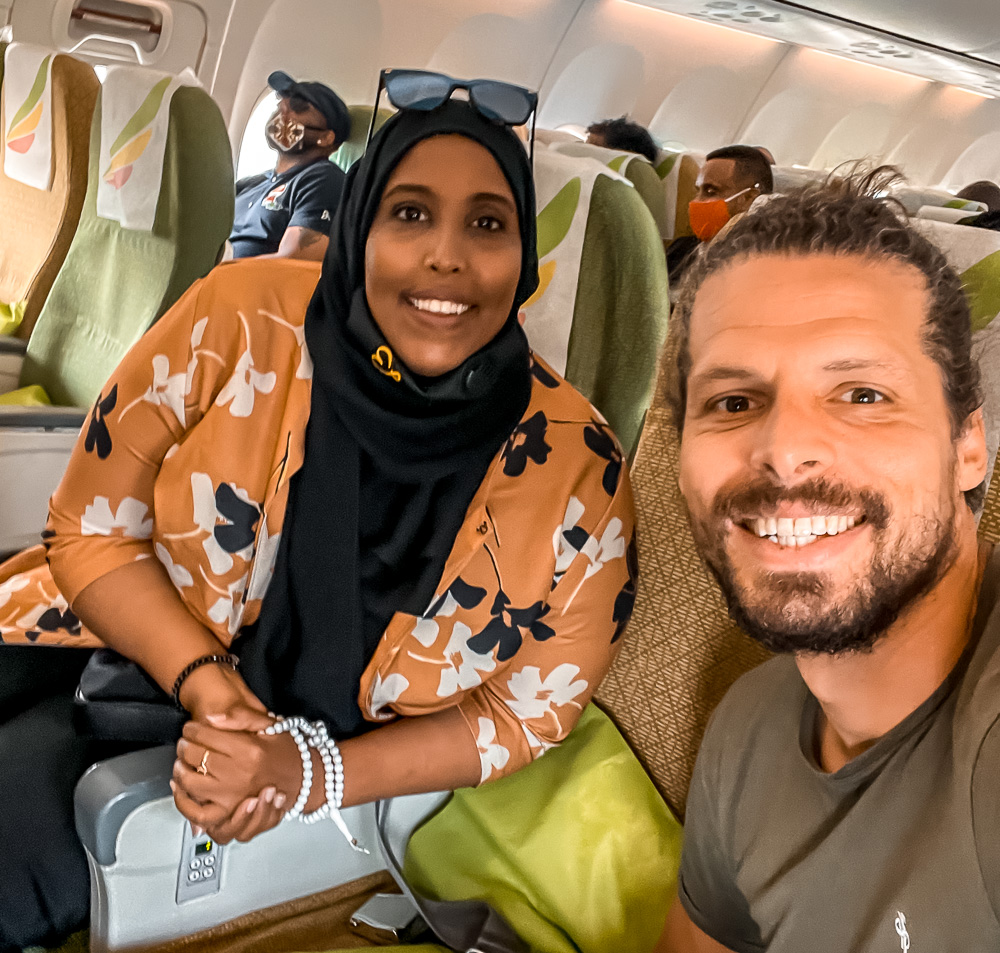 Thanks to Hanan I got to see Djibouti from a locals' perspective. She picked me up two times and showed me around the city. I got to some places I would have never gotten myself and I sincerely thank her for being so hospitable! 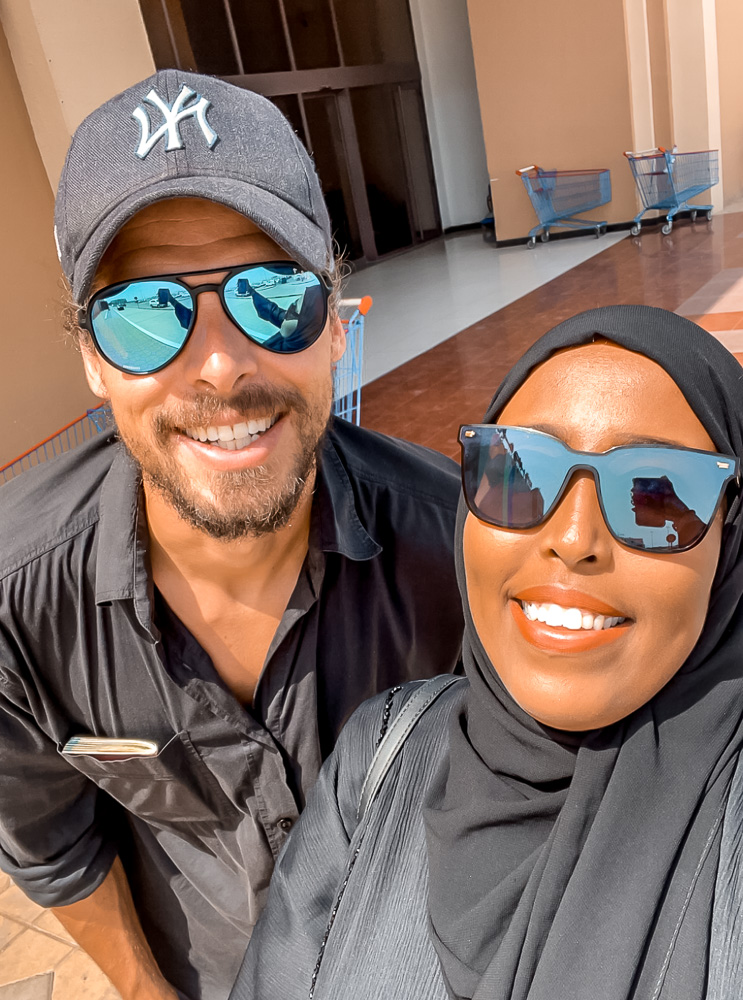 Thanks to Hanan I had a great time visiting Djibouti. Unfotunately I was not dressed properly for visiting the new big Turkey Mosque in Djibouti city center. But it is another great place to visit in Djibouti. 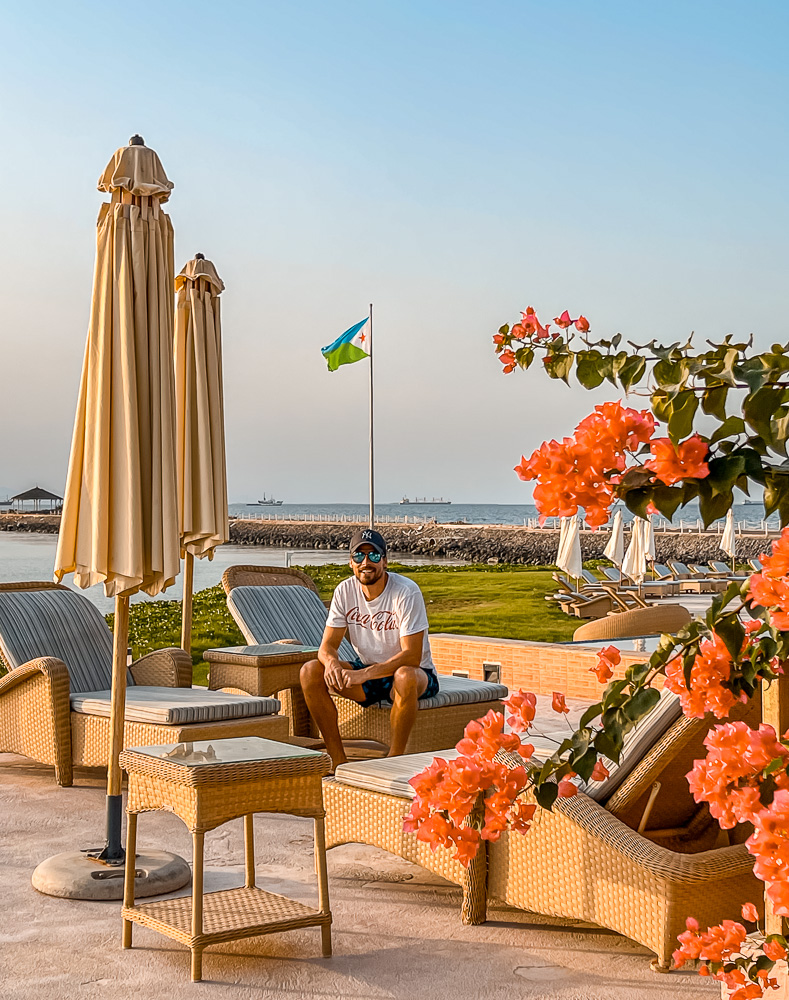 Covid test and losing my passport

This was the first time to receive my covid test result in hand and not receive it through email or WhatsApp. Well, no problem, tomorrow when I drive to the airport I will take a detour picking up my result, just before my flight.

So, 22 hours later, I got back at the covid testing center to pick up my result. My driver was a nice dude and parked next to the pick up tent. He offered to go inside and pick up my test result as he said he could fix it faster and skip the line. I handed over my passport and $30 and he went inside.

About 20 minutes later he came back, but no test result. Like dude, WTF have you been doing? "Where is my test", I shouted at him? He was like: "problems, it is closed!" Well, well… it can’t be closed, just get my fucking test result mate. "What is this about?", I asked him. "Yeah, if you pay a little extra I can fix it, no problem."

Ok, corruption of course! They wanted some extra money and they had a pretty strong bargaining position. Within 1 hour and 30 minutes my flight was leaving and without a negative covid test result I couldn’t even enter the airport.

I thought about going inside myself to fix it, but I was actually pretty lazy and as my driver only asked for $6 extra, I was like man whatever… here it is! Supporting locals I even though. Just get my test result and hurry the fuck up!

10 minutes later he came running out with my test result in hand and a big smile. Like he did a great thing! Haha, in fact I saw many foreigners going inside picking up test results and coming back out a couple minutes later with their test results in hand. Of course I knew I was getting fooled, but I literally couldn't be bothered… good Instagram stories I even thought.

Well... those stories would only get better, much better! Because when I arrived at the airport 1 hour and 10 minutes before my flight, I found out I didn’t have my passport on me. Where could it be?

With the driver of course! OMG, did I just fell for a scam and got my passport stolen? After visiting more than 110 countries in the world did I fall for a simple scam like this? I was so angry with myself.... and everyone around me!

Somehow I managed to get the drivers phone number and contacted him straight away. He was searching the car, but couldn’t find my passport. I insisted he had it some way or the other. He offered to drive back. Of course it was not in the car, he forgot it inside the covid testing center when picking up my test result.

I was furious, not only at my driver but also at myself, because I normally NEVER give my passport away. When he arrived back at the airport, the driver slowly started realizing he actually ‘forgot’ my passport at the testing center. We drove back like maniacs. My flight was in a little over 1 hour. The panic was REAL believe me!

Arriving at the testing center we rushed inside and I started shouting that they stole my passport. At first they looked very confused, but at least my furious face made them search for it straight away, but they couldn’t find anything! The next couple minute were very stressful I can tell you, but somehow it suddenly popped up somewhere. I still don’t know exactly where and how, but I grabbed out of the guy’s hands who was holding it up in the air saying he found it.

I ran outside immediately together with my driver and urged him to get the fuck out of there! My flight to Istanbul was leaving in 55 minutes! I wanted to be angry at the driver for forgetting my passport, but in the first place I should have never given him my passport. I sincerely thought I lost it and fell for a scam, but end good all good.

I gave the guy a hug, apologized for my swearing and rudeness and accusing him from stealing my passport. He apologized as well for leaving my passport behind. Shit happens mate! Racing back to the airport, we made it just in time and I managed to check in and board my flight to Istanbul! 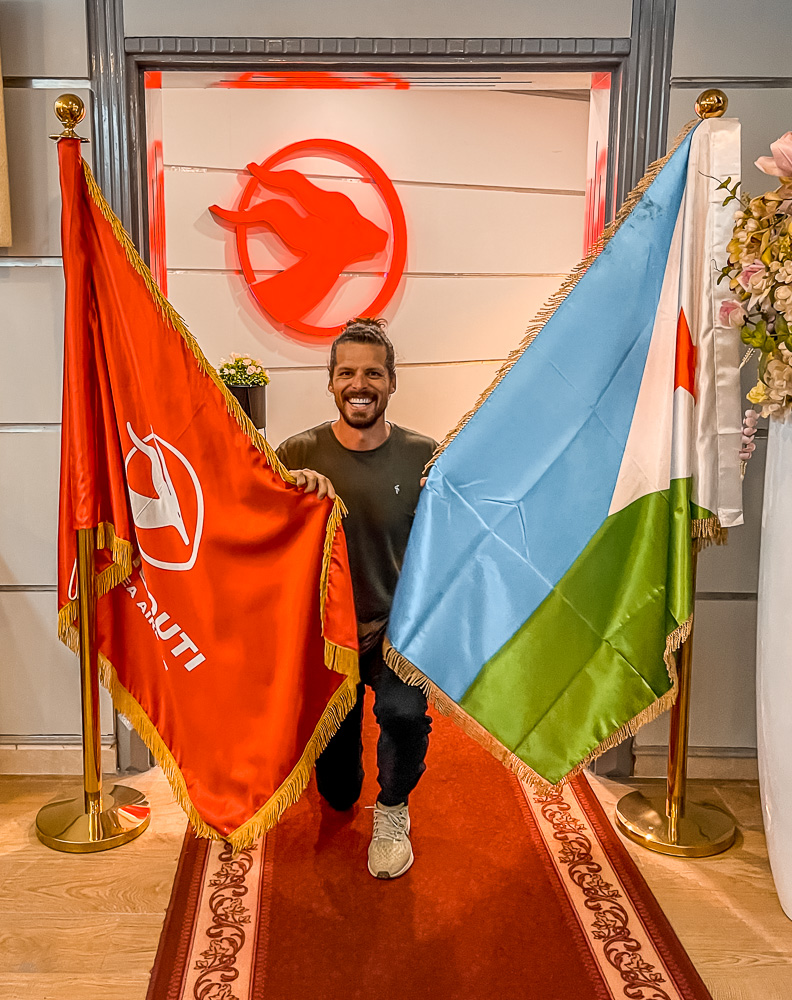 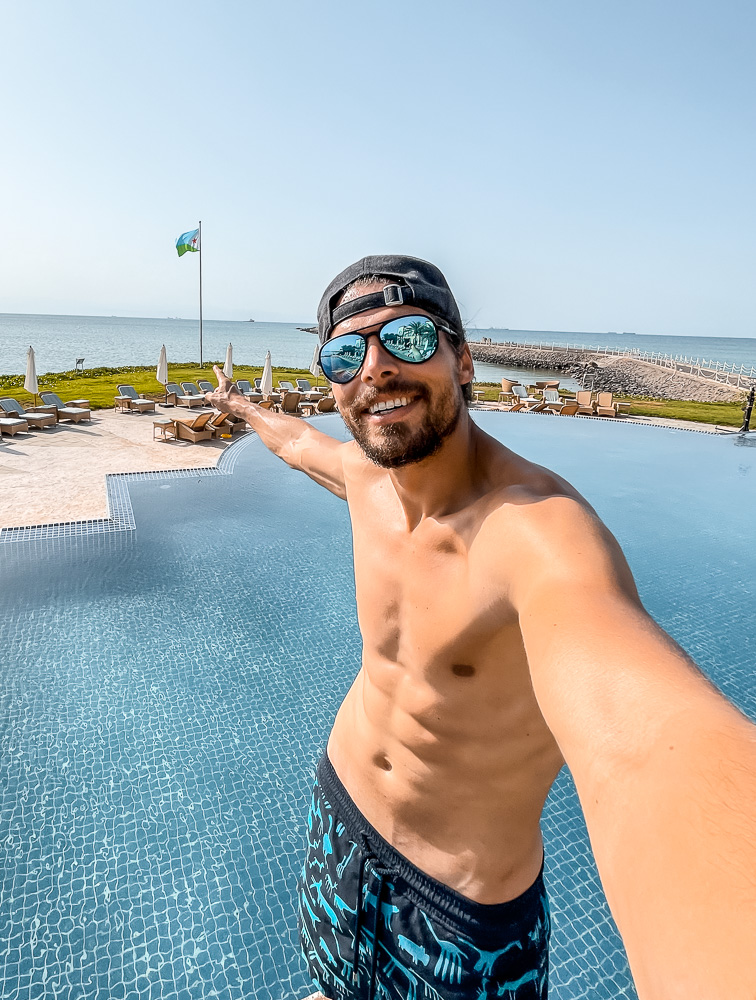 Buying a Sim Card in Djibouti in 2022